Biology for Beginners: What is Spirogyra?

Spirogyra is a filamentous algae, commonly found in freshwater ditches and ponds. Go through this article for a brief overview about these algae.

Home / Uncategorized / Biology for Beginners: What is Spirogyra? 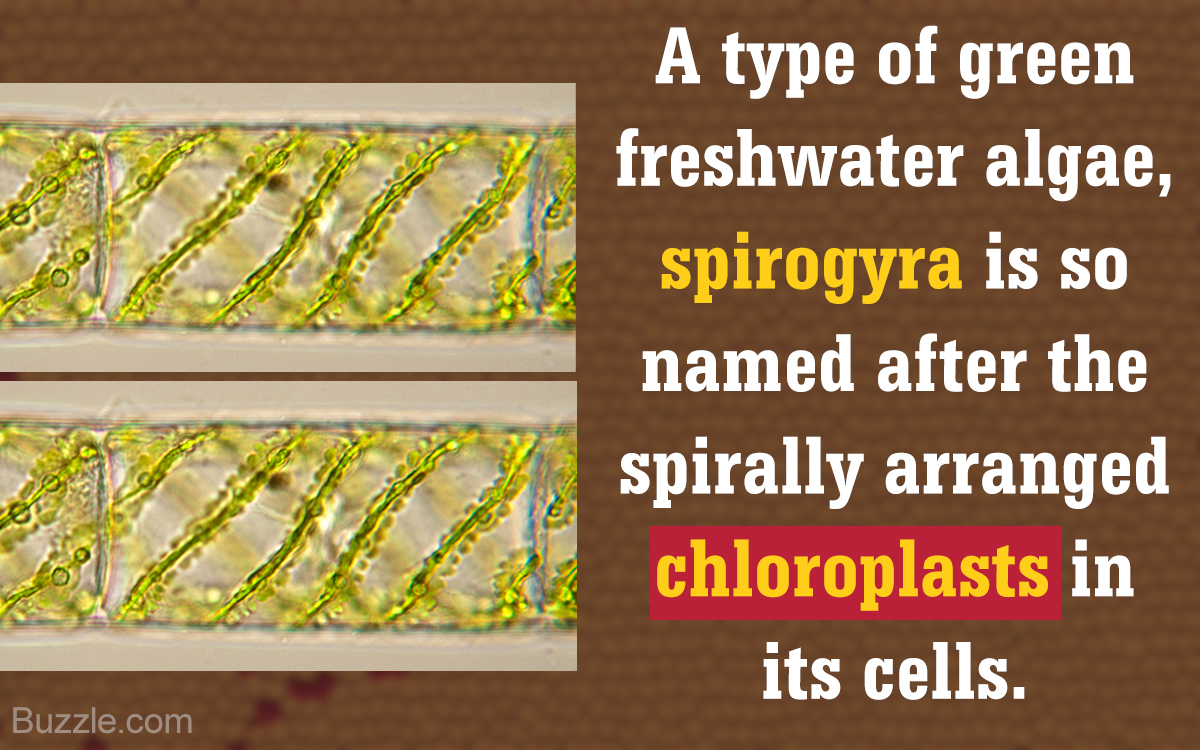 Spirogyra is a filamentous algae, commonly found in freshwater ditches and ponds. Go through this article for a brief overview about these algae.

Spirogyra is also known as pond silk, as its filaments shine like silk due to the presence of mucilage. The outer cell wall has pectin which dissolves continuously, thereby producing the mucilage. Spirogyra filaments are slippery and float in large masses.

Spirogyra is a genus of green algae that belong to the order Zygnematales. These free-flowing, filamentous algae are characterized by ribbon-shaped chloroplasts that are arranged in a helical manner inside the cells. So the name is derived from the spiral arrangement of chloroplasts in these algae. This feature is unique to this genus, which has around 400 species.

Spirogyra has long, unbranched filaments with cylindrical cells that are connected end to end. The cell wall is made up of an outer layer of pectin and an inner layer of cellulose. The inner surface of the cell wall is lined with a thin layer of cytoplasm. The spiraled ribbon-shaped chloroplasts are embedded in this cytoplasm layer. The number of chloroplast strands in each cell may vary between 1 to 16. Each chloroplast strand has several round bodies called ‘pyrenoids’, which are responsible for starch production. Each cell has a central vacuole, and a prominent nucleus that is suspended by thin strands of cytoplasm that are attached to the inner part of the cell wall. The cells are long and thin, and each spirogyra filament measures between 10 to 100 micrometer in width. Sometimes, these filaments develop root-like structures for attaching themselves to the substrate.

Asexual reproduction in spirogyra involves formation of akinetes, aplanospores, or azygospores/parthenospores. During unfavorable conditions, some types of spirogyra form thick-walled resting spores called akinetes. For this purpose, some cells of the filament contract, lose water, and form thick walls of cellulose and pectin. These spores are called akinetes that can form new filaments during favorable conditions. The process of formation of aplanospores is similar to that of akinetes, but the former have thinner walls. These non-motile spores develop new filaments when the parent filament decays. Azygospores or parthenospores are those gametes that fail to fuse during sexual reproduction. The protoplast of the cells form gametes that fuse with the gametes of other cells. If such fusion does not happen, the gametes reproduce asexually, and they are called azygospores.

Sexual reproduction in spirogyra can be of two types: scalariform conjugation and lateral conjugation. In scalariform conjugation, two filaments come together and lie side by side. The mucilage of the cell walls holds them together. The cells of each filament develop small tube-like structures that fuse together to form conjugation canals. The male gametes of one filament travel through these canals and fuse with the female gametes in the other filament, to form zygotes, which are oval or circular. After conjugation, one filament becomes empty, and the other has zygotes. Once the zygotes are released, the parent filaments die. The zygotes wait for favorable conditions to germinate.

Spirogyra is commonly found in clean water and it produces food through the process of photosynthesis. Usually, spirogyra algae are seen as floating slimy masses, during summer. They are often referred to as ‘scum’. Though they grow underwater during spring, these algae come to the surface when there is enough sunlight. They produce oxygen as a byproduct of photosynthesis. This is the reason why such scum has tiny gas bubbles in it. 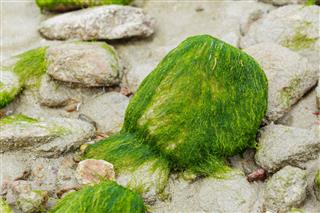 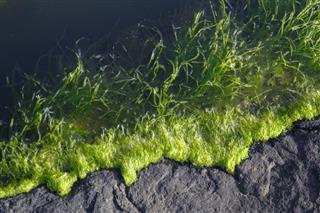 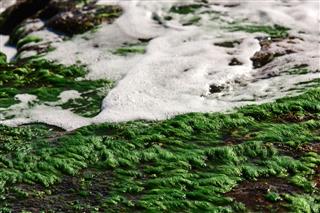 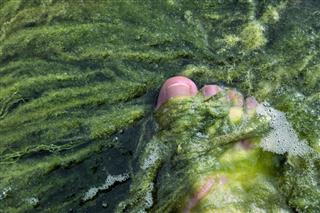 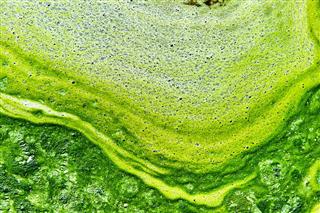 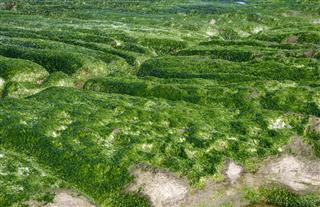 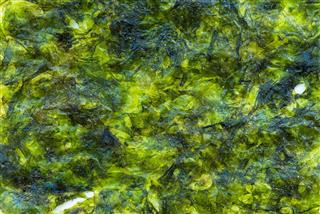 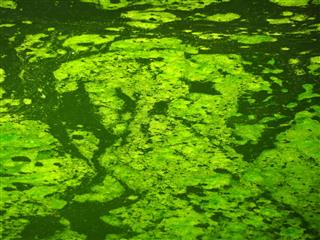