Everything You Need to Know About the Circulatory System of Fish 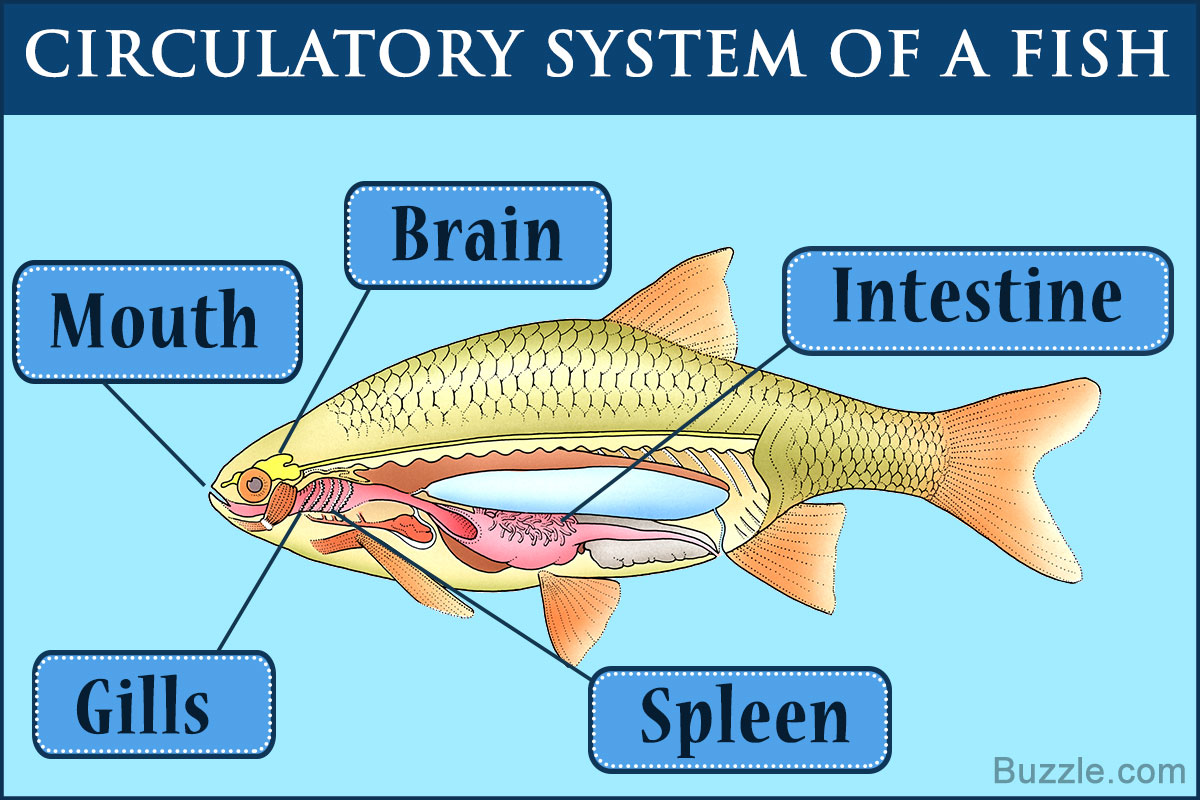 Fish have a simple circulatory system, which consists of a two-chambered heart, blood, and blood vessels. Unlike humans, they have a single circulatory pattern.

Crocodile icefish of the Antarctic do not produce red blood cells. It is the blood plasma that absorbs and distributes oxygen dissolved in water. They have bigger hearts, large blood vessels, and increased cardiac outputs, when compared to other fish. 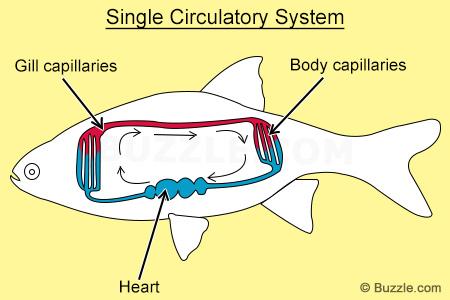 Fish have a single circulatory pattern, wherein the blood passes through the heart only once during each complete circuit. Oxygen-deprived blood from the body tissues comes to the heart, from where it is pumped to the gills. Gaseous exchange happens within the gills, and the oxygenated blood from the gills is circulated throughout the body.

On the other hand, in mammals, the deoxygenated blood enters the heart, from where it is pumped into the lungs for oxygenation. The oxygenated blood returns to the heart from the lungs, to be transported throughout the body. 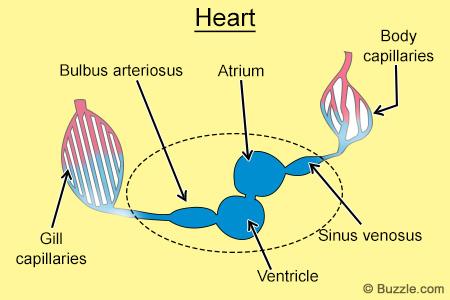 The circulatory system of fish is quite simple. It consists of a heart, blood, and blood vessels. The heart of a fish is a simple muscular structure that is located behind (and below) the gills. It is enclosed by the pericardial membrane or pericardium.

The heart consists of an atrium, a ventricle, a thin-walled structure known as sinus venosus, and a tube called bulbus arteriosus. Though it has four parts, the heart of a fish is considered two-chambered. Unlike humans, the four parts of a fish heart do not form a single organ. Usually, they are found one behind another.

The blood contains plasma (the fluid portion) and blood cells. The red blood cells or the erythrocytes contain hemoglobin, a protein that carries oxygen throughout the body. The white blood cells comprise an indispensable part of the immune system. The thrombocytes perform functions that are equivalent to the role of platelets in the human body, i.e. they help in blood clotting.

Blood vessels carry the blood throughout the body. While arteries carry oxygenated blood from the gills to the rest of the body, veins return deoxygenated blood from different parts of the body to the heart. Arterioles are small, thin-walled arteries that end in capillaries, while venules are tiny veins that are continuous with capillaries. Capillaries are minute blood vessels located within body tissues, and they form the link between arteries and veins. 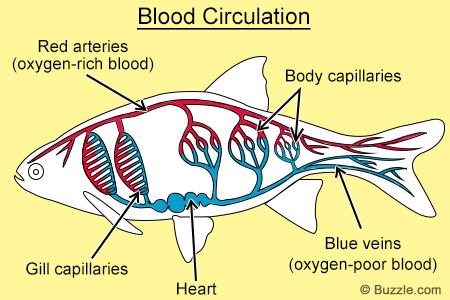 The cardiovascular system of a fish comprise a heart, veins, arteries, blood, and fine capillaries. The capillaries are microscopic vessels that form a network called a capillary bed, where the arterial and venous blood get linked. Capillaries have thin walls that facilitate diffusion, a process through which oxygen and other nutrients from the arterial blood are transferred into the cells. At the same time, carbon dioxide and waste materials are moved into the capillaries.

Capillaries with deoxygenated blood (contains carbon dioxide) drain into small veins called venules, which in turn drain into larger veins. The veins carry the deoxygenated blood into the sinus venosus, which is like a small collection chamber. The sinus venosus has pacemaker cells that are responsible for initiating contractions, so that the blood is moved into the thin-walled atrium, which has very few muscles.

The atrium generates weak contractions so as to push blood into the ventricle. The ventricle is a thick-walled structure with lots of cardiac muscles. It generates enough pressure to pump the blood throughout the body. The ventricle pumps blood inside it into bulbus arteriosus, a small chamber with elastic components.

Gills are the primary respiratory organs of fish. They facilitate exchange of gases, i.e. absorption of oxygen from water and elimination of carbon dioxide. Arteries carry the oxygenated blood (from the gills) throughout the body.

Arteries branch into arterioles, which drain into capillaries, where the arterial blood becomes venous blood, as it supplies oxygen and other nutrients to the cells and absorbs carbon dioxide and waste materials. The venous blood is carried to the heart, which pumps it to the gills, where the carbon dioxide gets replaced with oxygen. The oxygenated blood is supplied to the cells in the body, and the cycle continues.