Mitochondria: Understanding Its Structure and Functions

Mitochondria are called the 'powerhouse of the cell'. They contain a number of enzymes and proteins that help process carbohydrates and fats obtained from the food we eat to release energy. Read on to know about the structure and functions of the organelle.

Mitochondria are called the ‘powerhouse of the cell’. They contain a number of enzymes and proteins that help process carbohydrates and fats obtained from the food we eat to release energy. Read on to know about the structure and functions of the organelle. 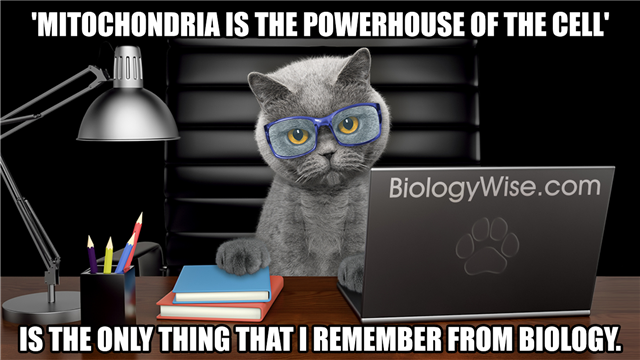 Be it the beating of the heart or moving of our hands, every action requires energy. This energy is stored in ATP (adenosine triphosphate) molecules that are produced in the mitochondria by the process of oxidative phosphorylation.

Although mitochondria are present in every cell, they are found in high concentrations in the muscle cells that require more energy. Though the primary function of mitochondria is to produce energy, they also play an important role in the metabolism and synthesis of certain other substances in the body.

Mitochondria are present in both plant and animal cells. They are rod-shaped structures that are enclosed within two membranes – the outer membrane and the inner membrane. The membranes are made up of phospholipids and proteins.

The space in between the two membranes is called the inter-membrane space which has the same composition as the cytoplasm of the cell. However, the protein content in this space differs from that in the cytoplasm.

The outer membrane is smooth unlike the inner membrane and has almost the same amount of phospholipids as proteins. It has a large number of special proteins called porins, that allow molecules of 5000 daltons or less in weight to pass through it. The outer membrane is completely permeable to nutrient molecules, ions, ATP and ADP molecules.

The inner membrane is more complex in structure than the outer membrane as it contains the complexes of the electron transport chain and the ATP synthase complex. It is permeable only to oxygen, carbon dioxide and water.

The inner membrane is made up of a large number of proteins that play an important role in producing ATP, and also helps in regulating transfer of metabolites across the membrane. The inner membrane has infoldings called the cristae that increase the surface area for the complexes and proteins that aid in the production of ATP, the energy rich molecules.

The matrix is a complex mixture of enzymes that are important for the synthesis of ATP molecules, special mitochondrial ribosomes, tRNAs and the mitochondrial DNA. Besides these, it has oxygen, carbon dioxide and other recyclable intermediates.

Although most of the genetic material of a cell is contained within the nucleus, the mitochondria have their own DNA. They have their own machinery for protein synthesis and reproduce by the process of fission like bacteria do. Due to their independence from the nuclear DNA and similarities with bacteria, it is believed that mitochondria have originated from bacteria by endosymbiosis.

Functions of mitochondria vary according to the cell type in which they are present.The most important function of the mitochondria is to produce energy. The food that we eat is broken into simpler molecules like carbohydrates, fats, etc., in our bodies. These are sent to the mitochondria where they are further processed to produce charged molecules that combine with oxygen and produce ATP molecules. This entire process is known as oxidative phosphorylation.
It is important to maintain proper concentration of calcium ions within the various compartments of the cell. Mitochondria help the cells to achieve this goal by serving as storage tanks of calcium ions.

Mitochondria also help in the building of certain parts of the blood, and hormones like testosterone and estrogen. They play an important role in the process of programmed cell death. Unwanted and excess cells are pruned away during the development of an organism. The process is known as apoptosis. Abnormal cell death due to mitochondrial dysfunction can affect the function of the organ.

Over 50 million people in the U.S. have chronic degenerative disorders that involve Mitochondrial dysfunction. Dysfunction of mitochondria can affect the production of cell-specific products that are essential for proper cell functioning and energy production. This can eventually lead to cell death and failure of the organ system. It can even prove to be fatal in some cases.

When the ability of the mitochondria to produce energy is reduced due to certain defects (a genetic mutation in either the mitochondrial DNA or the nuclear DNA), the condition is described as ‘mitochondrial disease’. Reduced production of energy can lead to dysfunction of brain, vision problems, weak muscles, restricted movement of limbs, etc.

Symptoms for mitochondrial disease may vary from person to person, and are often progressive. Some of the symptoms are recurring infections (weak immune system), reduced capacity of the heart, strokes, seizures, muscle fatigue, gastrointestinal problems, liver problems, diabetes, obesity, blindness and deafness. Various environmental factors or certain medicines can affect the function of mitochondria adversely.

Dysfunction of mitochondria plays a significant role in premature aging symptoms. As mitochondria regulate cellular metabolism, more research into their structure and functions would benefit millions of people.