What is a Gene Pool and Why is it Important? 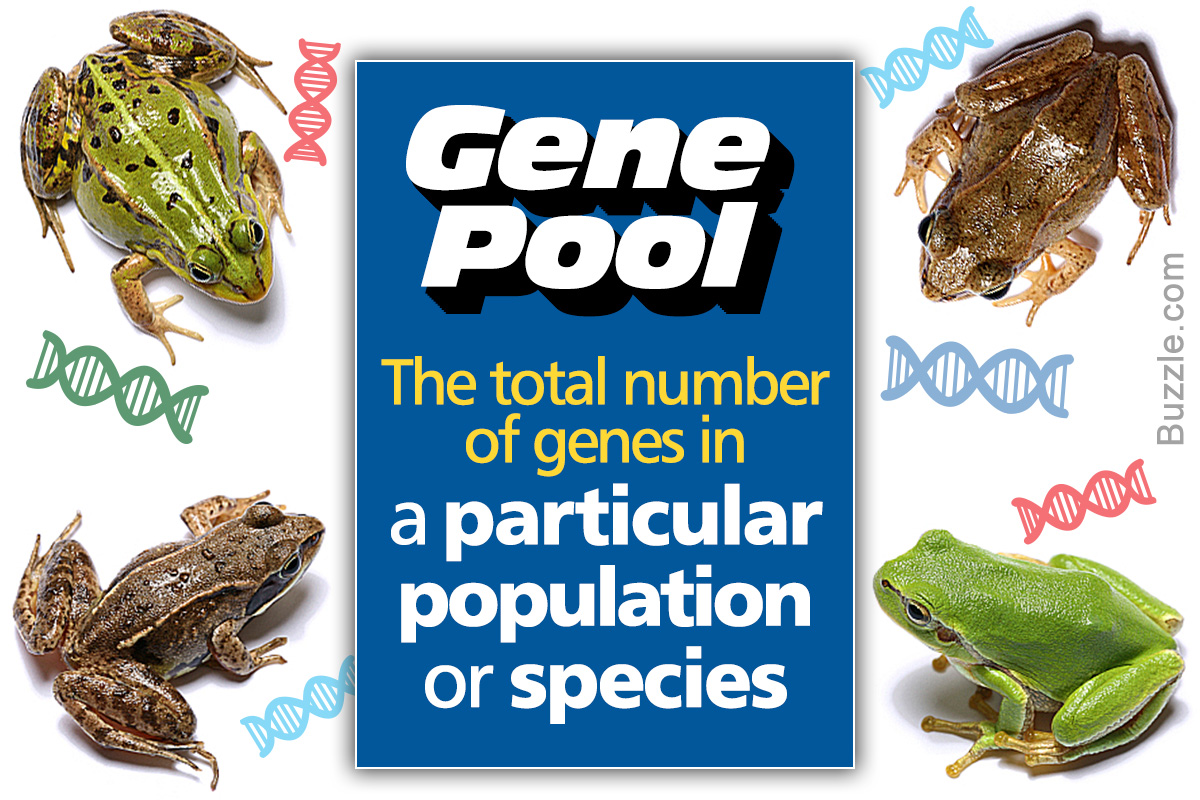 Apart from a healthy habitat, the survival of a species depends on the genetic diversity among its members. BiologyWise defines the concept of a ‘gene pool’, and gives its examples to shed more light on this concept.

As far as humans are concerned, women have contributed more DNA to the gene pool than men, because women have outnumbered men throughout our history.

A species is a way of describing organisms of the same kind who can breed among themselves. Therefore, dogs, humans, and horses belong to different species. However, all individuals of a species do not occur in a single region; they live as groups in different geographical areas. These groups are called populations. Thus, every species is made up of a number of populations. For example, a group of deer living in a forest forms one population, while a group of the same species living on a wildlife reserve forms another.

The bodies of plants, animals, insects, and several other organisms are made of small units called cells. Each cell contains hereditary information passed down from parents to their offspring in the form of genes. Animals that reproduce sexually have two sets of every gene, called alleles; one from each parent. For example, a gene that produces eye color can have two alleles – one produces brown color while the other imparts blue color. The characteristics produced by a gene depends on which allele of that gene is active in an individual. Let us now understand the concept of a gene pool.

What is a Gene Pool?

The combination of all the genes present in a given population is called the gene pool of that population. It represents the complete genetic diversity found within a population or species.

What are its Characteristics?

♦ The concept of a gene pool is only used for sexually-reproducing organisms (because asexual reproduction produces clones).

♦ It includes all the variants or alleles of every gene.

♦ It includes all the genes present in the population.

♦ In most cases, the population includes individuals of the same species only.

♦ A gene pool includes even those genes whose effects are not visible in an individual.

Why is it Important?

Since a gene pool represents the total number of genes found within a population, those populations with larger gene pools tend to have more genes, and hence, more genetic diversity. Each gene has a specific purpose, such as giving the plant/animal a particular characteristic, resistance to a disease, tolerance to harsh climate, and so on. Therefore, a population with a larger genetic diversity will be better prepared to deal with disease outbreaks or extreme environmental changes, because they will, most likely, have those genes that protect them from such adverse changes.

On the other hand, populations with a lesser number of genes in their gene pool will be susceptible to such problems, which may cause them to become endangered or even perish altogether, i.e., become extinct. Therefore, populations with a large gene pool will have more chances of survival, while those with small gene pools are in danger of acquiring genetic diseases, deformities, and infertility.

How Does a Gene Pool Change?

1. By Mutations
Mutations are changes in the genes of an individual. These variations may be as minute as a change of a single nucleotide (an organic molecule) in the DNA, to changes in entire sets of chromosomes. Depending on whether the mutation is passed down to offspring, it may be permanent or temporary. They are beneficial to the population if they add valuable genes, but some may cause diseases.

2. By Natural Selection
Natural selection is one of the most important factors affecting a gene pool. Individuals from a population which carry beneficial genes are more likely to survive and produce offspring, than those that don’t. Therefore, the next generation will, most probably, carry genes from such individuals, which may even become fixed, i.e., occur in every individual.

3. By Genetic Drift
Sometimes, the type of genes in a population changes due to random events (such as the death of a few individuals), and not always because the change is beneficial. This is called ‘genetic drift’, and affects a smaller population more than a larger one, because, in the former, such genes are likely to occur in every individual.

❒ About 60,000 to 70,000 years ago, our early ancestors migrated out of Africa into Europe and the Middle East. Since the climate here was colder, genetic modifications produced lighter skin to help them absorb more ultraviolet light. Ultimately, these changes became a part of their gene pool, helping them evolve.

❒ The potato originated in the western part of South America, from where it spread to Europe and Ireland, where it eventually became a staple food for the population. Since all potatoes grown in Ireland descended from a small number of plants, the small gene pool made the entire crop susceptible to blight (a fungal plant disease). Potato crops all over the country were ruined in the mid-19th century, causing a million deaths due to starvation.

❒ A number of animal species, such as mountain lions in the Americas, and leopards in South Africa, are threatened by human activities. Their habitat has been divided into fragments, surrounded by towns and farmlands. This results in interbreeding among smaller populations, and the small gene pool makes them susceptible to diseases.

As can be seen, a gene pool represents the future of a species. This is the reason why wilderness areas should be protected – they contain the gene pools of a number of crops and domestic animals, which ensures our own survival.