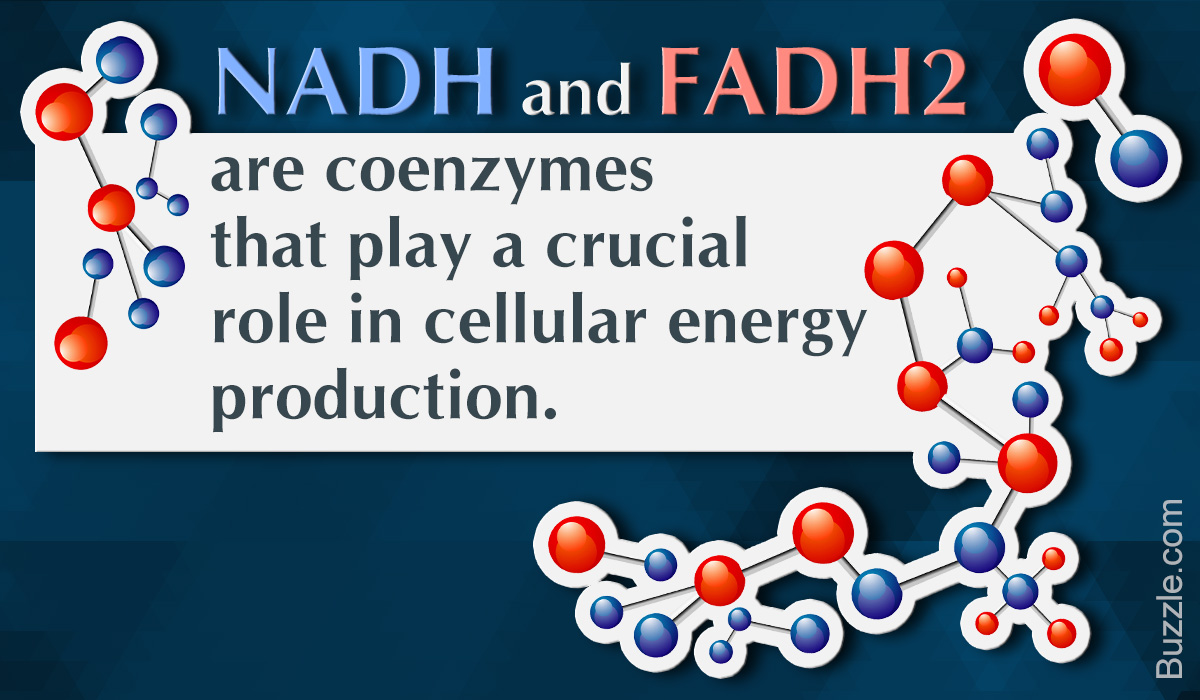 Cells of all living organisms need NADH and FADH2 (naturally occurring coenzymes) for energy production. During cellular respiration, the cells use these coenzymes to turn fuel from food into energy. This BiologyWise post elaborates more on the function of NADH and FADH2.

Every cell has a mitochondrion―the energy factory of the cell. However, the brain cells may contain more than one mitochondrion, since they are involved in lot of processing and require more energy to perform multiple tasks.

NADH is the reduced version of nicotinamide adenine dinucleotide (NAD), which is essentially a co-enzyme form of niacin (vitamin B3), present in all living cells. The enzyme is present in all livings organisms including plants. NAD+, the oxidized version of niacin, gains two electrons (2e–) and a hydrogen ion (H+) to form a NADH molecule. These redox (reduction-oxidation) reactions play a crucial role in energy generation.

Function of NADH and FADH2

NADH and FADH in our body plays a crucial role in cellular energy production. The food that is consumed cannot be directly used as a source of energy. Metabolism that involves a series of chemical reactions, help to convert energy from food into energy that can be easily used by our body. This readily-available energy is stored in ATP (adenosine triphosphate)―a nucleotide. Also referred to as energy currency of the cell, the ATP molecule serves as the main storage of energy in cells.

NADH and FADH2 in Cellular Respiration

Cellular respiration is essentially a 4-step process that includes glycolysis, acetyl CoA formation, Krebs cycle, and electron transport chain. In glycolysis, sugar is broken down to generate the end product, pyruvate. Pyruvate is a 3-carbon molecule, which gets converted into acetyl coenzyme-A (CoA). In the Krebs cycle, acetyl CoA is oxidized, which releases high energy electrons. These electrons and hydrogen atoms combine with NAD+ and FAD molecules to form NADH and FADH2, respectively.