What is Crossing Over and Why is it Important in Meiosis? 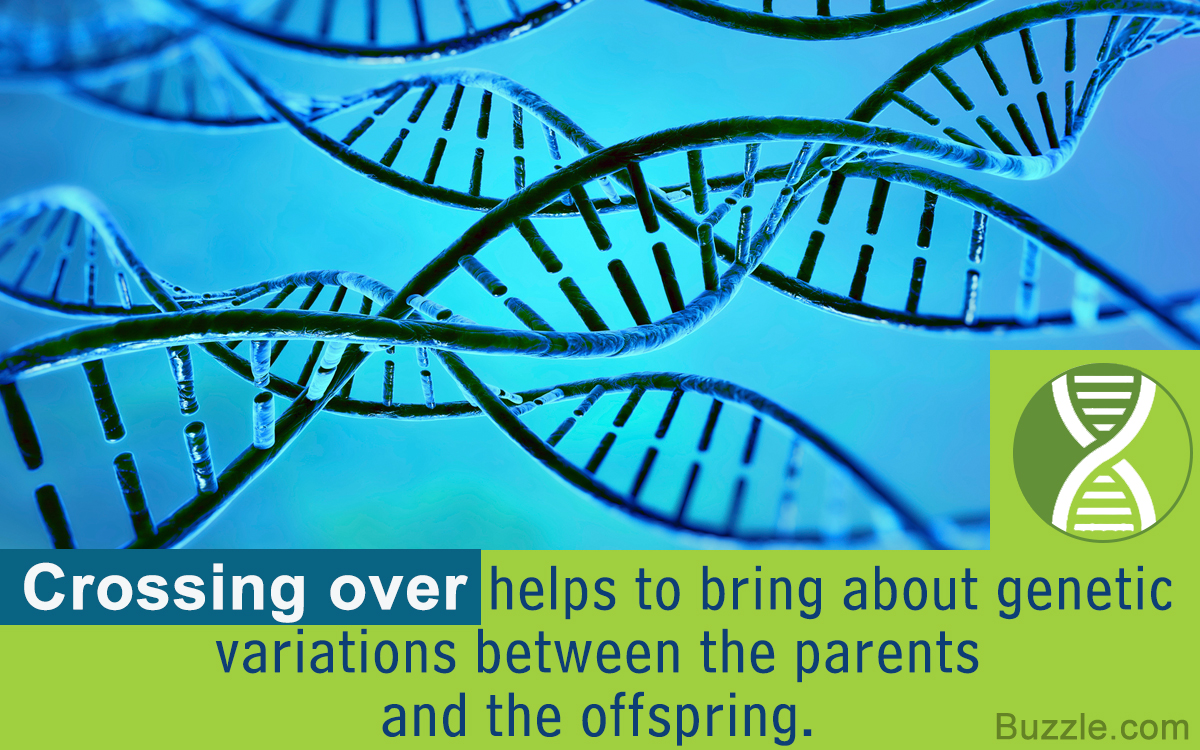 Meiosis is required in the maintenance of chromosome number as well as bring about an increase in genetic diversity. In this BiologyWise post, we explain the process of crossing over and why is it important.

All individuals produce beings similar to themselves by the process of reproduction. We can classify reproduction into two basic types, sexual and asexual. All prokaryotes and some eukaryotes reproduce by asexual methods. These include processes like budding, binary fission, fragmentation, vegetative propagation, parthenogenesis,etc.

Most eukaryotes reproduce by sexual reproduction. Here, the genetic material of two organisms combines to give rise to a new individual. This process takes place with the help of two underlying mechanisms of meiosis: the process of gamete formation and fertilization―the fusion of the male and female gametes.

Meiosis is a specialized type of cell division that takes place only in specialized sex cells or gametes. This division reduces the chromosome number by half, it is required for the formation of haploid cells (n) from diploid cells (2n). This process is required for the maintenance of the chromosome number in individuals. Before we begin with what is crossing over, we would like to talk about meiosis in brief.

♦ Meiosis can be defined as a reduction division that takes place in primordial germ cells. Every diploid cell will give rise to four haploid daughter cells at the end of a meiotic division. Prior to meiosis, when the cell is in the S-phase of the cell cycle, replication of the DNA takes place to generate two identical copies of each strand of the chromosome. These identical copies are called ‘sister chromatids’.

What is Crossing Over?

♦ The process of crossing over or recombination is initiated by the protein Spo 11. This protein forms a complex with other proteins like RAD50 and MRE11A, and NBS 1 is required for breaking of the double stranded DNA. Certain exonucleases are required to bring about digestion of the 5′ ends in order to generate single stranded 3′ tails. MRE11A has also been seen to possess certain exonuclease as well as endonuclease activities.

♦ The displaced complementary DNA strand then anneals itself to the strand that was originally complementary to the invading strand. The structure that is thus formed is known as a Holliday junction.

♦ These interlocked strands are then nicked and ligated with the help of certain endonucleases and ligase. It must be noted that the creation of the single stranded 3′ tails only takes place in the non-coding parts of the DNA or in the junk DNA.

Why is Crossing Over Important?

♦ Crossing over helps to bring about random shuffling of genetic material during the process of gamete formation. This results in formation of gametes that will give rise to individuals that are genetically distinct from their parents and siblings.

♦ This genetic variation is required to increase the ability of a population to survive. A greater genetic diversity would reduce the chances of inheritance of deleterious traits in the population, and therefore, help increase the fitness of the individuals of a population.

♦ An increased genetic variation would also mean a greater variation in susceptibility to diseases. So, if there were to be an epidemic of a disease, this variability would prevent the whole population from being wiped out.

♦ Another benefit of genetic variation is that some traits that would increase an individual’s ability to survive may be introduced in the population.