What is Feedback Inhibition and How Does It Work? 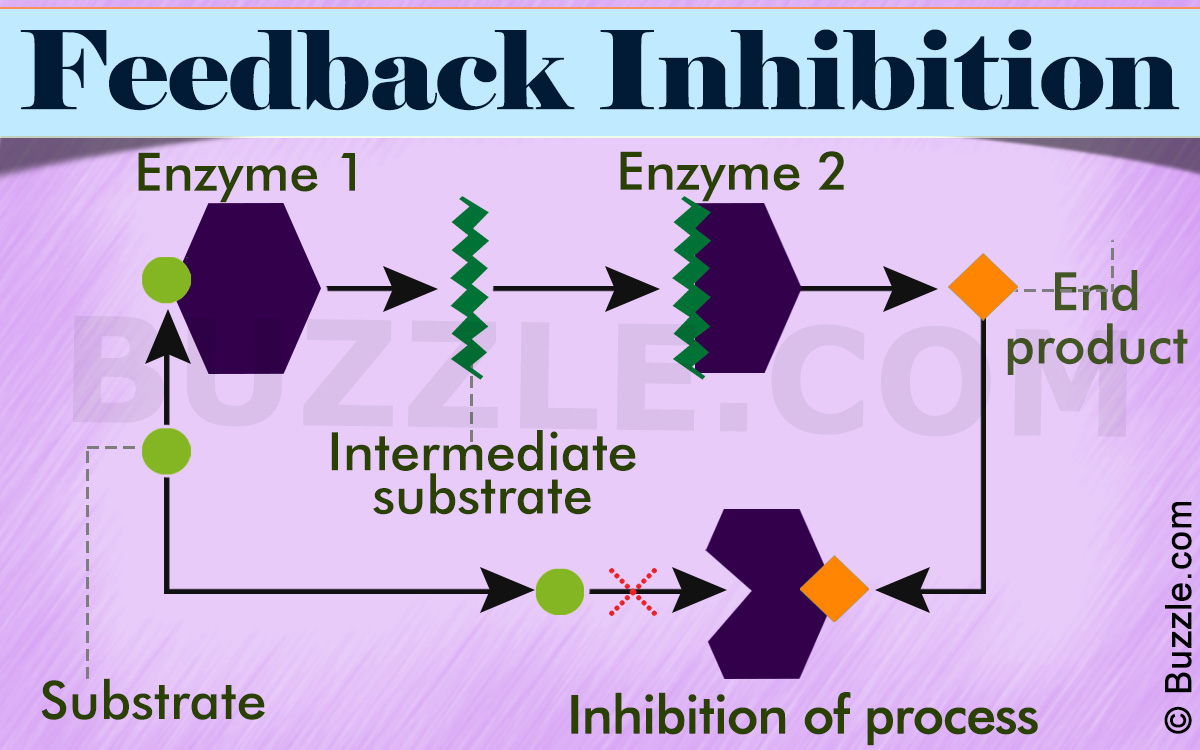 In biochemistry, metabolic pathways are activated and regulated in a variety of ways. One such method involves the inhibition of the entire pathway by the increased concentration of the end product. This process is called feedback inhibition, and is explained in this BiologyWise post.

Hormones like glucagon and insulin regulate blood glucose levels in humans by the mechanism of feedback inhibition.

Feedback loops are a commonly observed regulatory feature in biochemistry and physiology. They play an integral role in maintaining stability and balance in a biological system. These loops function by sensing the change in a particular factor and then adjusting the system in order to accommodate this change. It can be of two types – positive or negative. Positive feedback occurs when the presence of a particular substrate or product induces the activation of a specific pathway in such a way that the substrate or product concentration increases exponentially.

On the other hand, a negative feedback involves the inhibition or deactivation of a certain pathway due to the presence of its end product. Increase in the concentration of the product will lead to a proportional decrease in the activity of that particular pathway. This is more commonly observed in biochemical systems, and is called feedback inhibition, which is a special type of reversible enzyme inhibition.

◆ All biochemical pathways consist of a series of enzymatic reactions, that occur in a pre-determined order of succession. The initial substrate is gradually converted to the final product by the various enzymes of the pathway, and involves several intermediate stages of the product. Hence, if a particular substrate is converted into a product via the action of four enzymes, then that implies that the conversion occurred in four steps and produced three intermediate forms. Hence, the sequence of events would be as follows.

◆ Now, assume that this particular pathway is subject to feedback inhibition. Hence, after a certain period, the concentration of the product will surpass a certain critical limit, after which it will display an inhibitor-like behavior. When this limit is exceeded, the product itself acts as a non-competitive inhibitor, and binds to an allosteric site on one of the initial enzymes, E1. An allosteric site is a binding site on the enzyme that is different from the active site where the substrate binds. The binding of the product to E1 causes a change in the enzyme such that the active site of the enzyme is altered. Hence, the substrate is unable to bind to E1. Since the binding is hampered, I1, I2, and I3 are not formed, causing the whole pathway to halt and no longer produce the product.

◆ Since the whole process is reversible, the decrease in the concentration of the product due to any reason would cause the enzyme and product complex to separate, allowing the enzyme to carry out its normal function of converting substrate to I1. Decrease in the product concentration could be due to its biodegradation, or if it is recruited by a related biochemical pathway. Also the kinetics of such a reaction would be the same as that of non-competitive inhibitors, but here, the product would be considered the inhibitor.

► In glycolysis, the end product is energy in the form of ATP (adenosine triphosphate) molecules. On production of sufficient ATP via this pathway, feedback inhibition occurs, where the ATP molecules bind to the enzymes pyruvate kinase and phosphofructokinase, rendering them inactive. When the cellular levels of ATP decrease, these molecules break away and allow the enzymes to resume their conversion of sugar into energy. 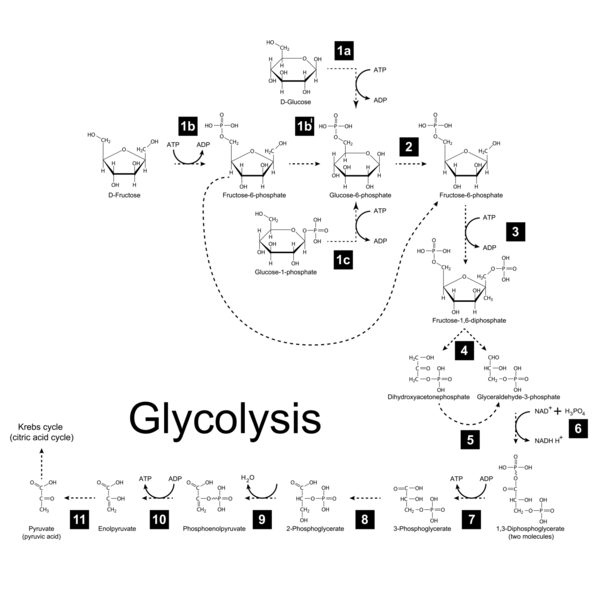 ► Threonine is converted to α-ketobutyrate, which leads to the eventual synthesis of isoleucine. This conversion is carried out by the enzyme threonine deaminase which is inhibited by isoleucine.

► The TCA (tricarboxylic acid) cycle feeds the electron transport chain to produce ATP. It involves the conversion of acetyl coenzyme A (acetyl CoA) and oxaloacetate to form citrate which is then used in the TCA cycle. Over abundance of ATP shuts down this pathway by inhibiting the production of citrate by the enzyme citrate synthase. 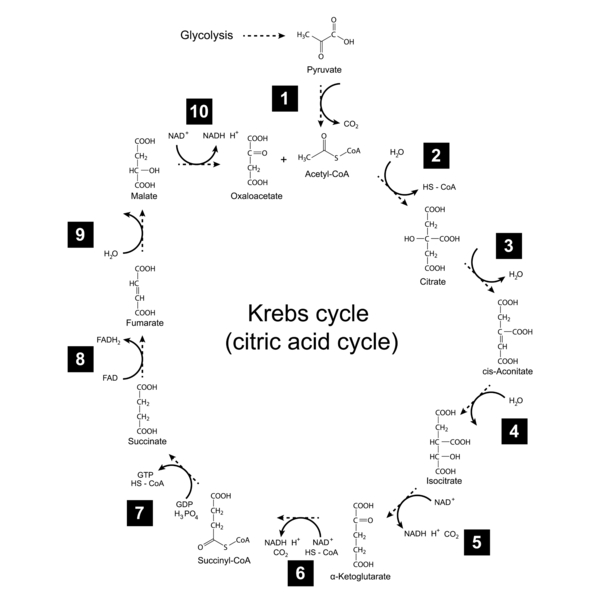