What do Worms Eat

Home / Uncategorized / What do Worms Eat

Worms are animals that have a long, cylindrical body without legs. There are thousands of types in the world. Here, we will provide you with information on their food habits.

Worms have soft, long, rounded bodies without a backbone. They are often confused with caterpillars and grubs. These animals are different from worms as they are insects in their larval stage and do not look anything like the insects when they mature. 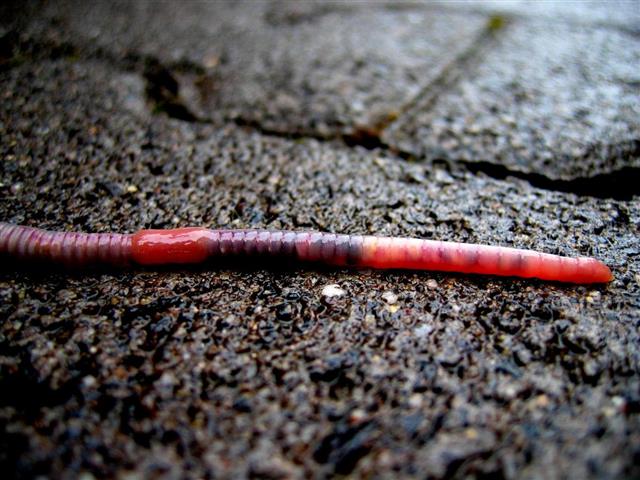 Worms include species that are microscopic as well as a few feet to some meters long. Many have a well-developed sense of touch. They can respond to chemicals in their surroundings. There are species with eyes or eye spots on their heads.

They are mostly found in the soil. However, there are a few that live in water. They are found in marine and freshwater habitats. Annelids and aschelminthes live in soil and help increase its organic value. Aschelminthes are plant parasites and platyhelminthes are human parasites.

Worms are known as invertebrates and are divided into four groups. 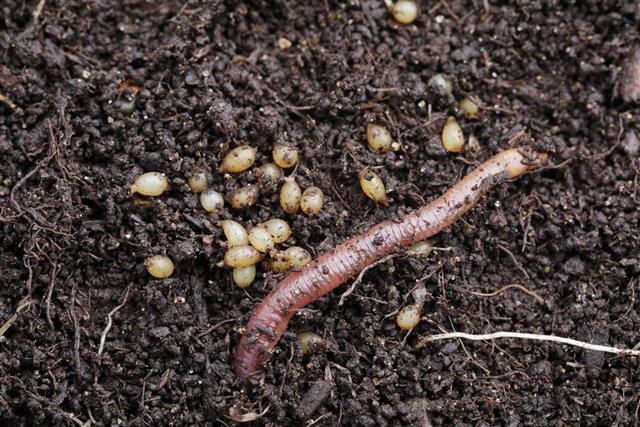 Earthworms are the most common type from the phylum Annelida. They are known to be the oldest living species on earth since 120 million years. They are hermaphrodites, that is, they have both reproductive organs in one animal.

Worms under the phylum Nematoda and Cestoda are also known as helminths. The term helminths is used to refer to parasitic worms.

Bodies of worms are identical on both sides, thus they are bilaterally-symmetrical. They lack scales and legs or true limbs. However, they have appendages like fins and bristles. Many species have different ways of moving about.

Many lack muscles that help them move, and are dependent on other animals or forces to help them with their transportation. Few species have major muscles known as muscular hydrostat and move on their own. Some have light sensing organs.

The worms can reproduce sexually and asexually. They have no lungs, brain, or circulatory or digestive organs. However, they have a nerve ganglia. They breathe through their skin and therefore need their skin to be moist at all times. If they remain in sunlight for long periods, they can become paralyzed.

They have mouths that are small in some species and big in some. They have a pharynx, esophagus, crop, gizzard, and intestine. They pull the food material into the mouth using the pharynx and its prostomium or acron. This helps create a suction motion that helps the worm eat large amount of food in a short time. The gizzard helps in grinding the food.

They eat different kinds of foods, and it depends on the place they live in. The food consists of dead plants, grass, and leaves on the ground. They feed on the fungus and bacteria growing on these leaves to survive.

Surface worms may eat fruit and vegetable scraps thrown in the bins by humans. Their food also includes organic matter, even dead animals. They are used for vermicomposting, and love to eat coffee grounds, cardboard, melon rinds, and even wood shavings. They may even consume hair in small proportions.

Parasitic worms live inside human, animal, or plant bodies. They feast on the food consumed by their hosts. The ones living in water love to eat algae and bacteria. They may also eat some grains of sand and soil.

They mix the food with moisture and grind it into tiny pieces in their mouth with the help of the gizzard. The food then travels to the intestines and gets absorbed into the blood. They eat so much food that the produced excreta is equal to their body weight. This excreta is a very good manure for the soil.

If you have a worm as pet or if you are raising worms for vermicomposting, do not feed them acidic foods, bones, dairy products, etc. Worms eat just about anything organic and are not at all fussy about their food.