Watching colonies of microorganisms under a microscope is a breathtaking experience. There exist numerous microscopic organisms and volvox is one them. The following article presents some interesting volvox facts. Read on to know amazing characteristics of volvox.... 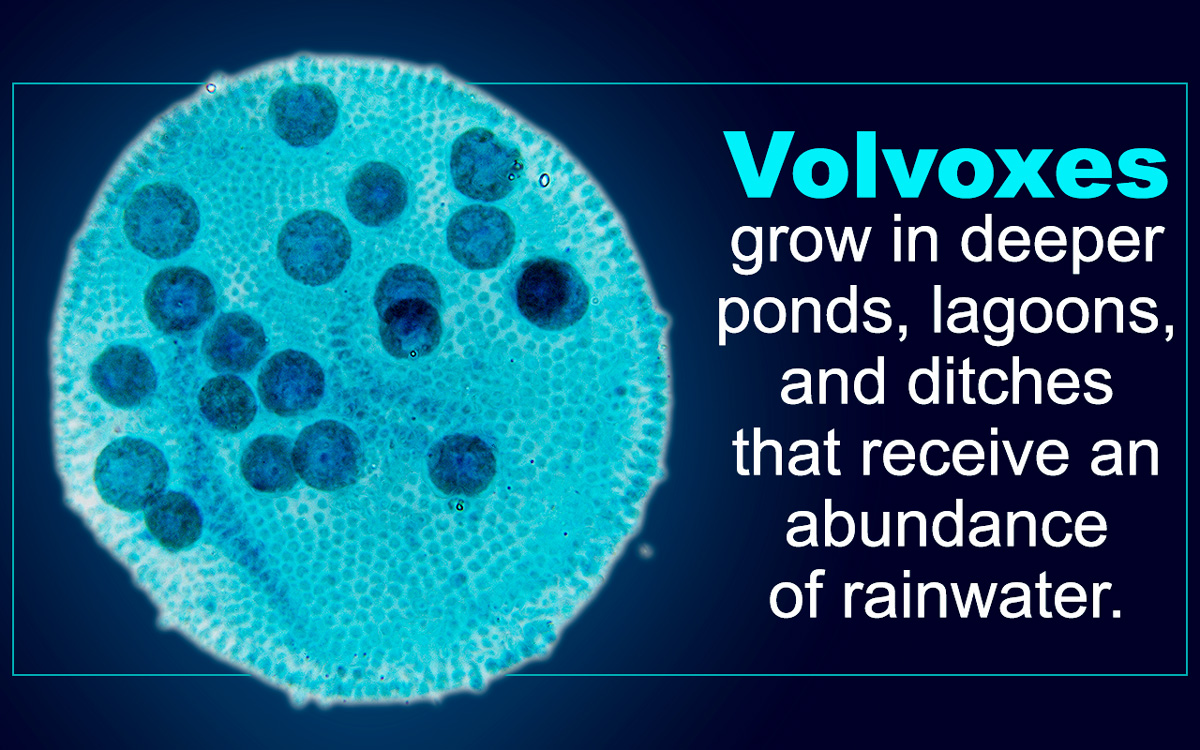 Watching colonies of microorganisms under a microscope is a breathtaking experience. There exist numerous microscopic organisms and volvox is one them. The following article presents some interesting volvox facts. Read on to know amazing characteristics of volvox….

Volvox is a freshwater algae which is found in ponds, ditches and even in shallow puddles. Volvox is nothing but a chlorophyte or a green algae which exists as a grand spherical colony. Each little algae within the colony holds two flagella, whip-like hair. The flagella act like tails and help them move through the water. It is interesting to watch the spinning movement of volvox under water. They move fast and protect themselves from the enemies (rotifers). The algae are connected to each other by thin strands of cytoplasm which help the whole colony to swim in an organized manner. Every algae has a small red eye-spot which enables the algae to detect light and helps swim towards light. Volvox belongs to the family volvocaceae, kingdom plantae and phylum chlorophyta.

Volvox: A Type of Green Algae 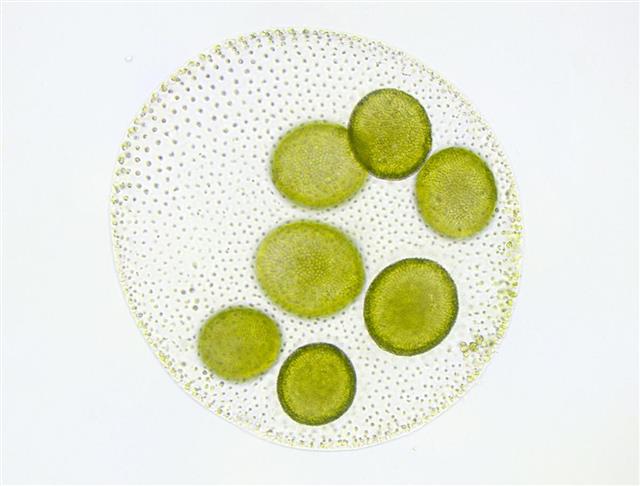 Appearance: Numerous flagellate cells (around 50,000 ) form a volvox colony. Volvox can be green, golden brown, red, or brown. The cells look like ‘chlamydomonas’ (a genus of green algae). A hollow sphere called ‘coenobium’, which contains an extracellular matrix made of a gelatinous ‘glycoprotein’, holds the cells. One of the amazing volvox facts is that mature volvox colonies have a front and rear end. You may call them ‘north and south pole’, since volvox resembles a planet. The eye-spots are prominent in the northern region. This makes volvox quite unique. 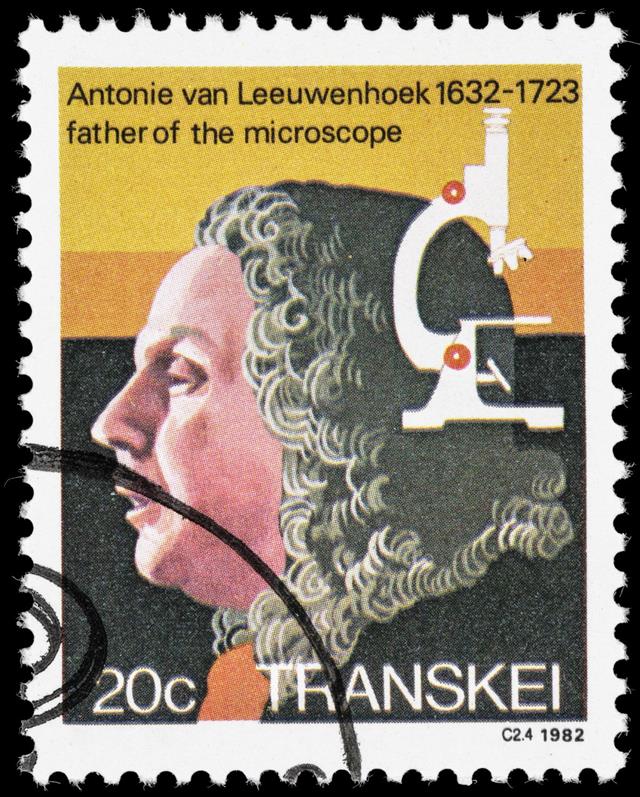 Habitat: Volvox facts inform us that they grow in deeper ponds, lagoons and ditches, which receive an abundance of rainwater. In 1700, Antonie van Leeuwenhoek, a Dutch tradesman, known as the ‘father of microbiology’, discovered and described ‘volvox’. 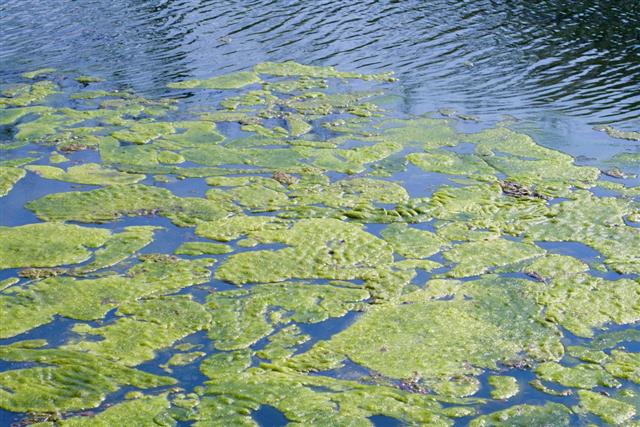 Volvox are comparatively easy to detect. They are likely to be found in clean nutrient rich water and they grow well in warm weather. So, summer is the time to find volvox. You can also find them by squeezing pond scum. Observe a jar of pond water and you will find them swimming towards light. Because of their tendency of swimming towards light, you can easily find them near the surface. Volvox colonies are often visible with naked eyes. Volvox is considered as one of the seven wonders of the micro world; because of the unusual ‘planetary movement’ and interesting methods of reproduction. 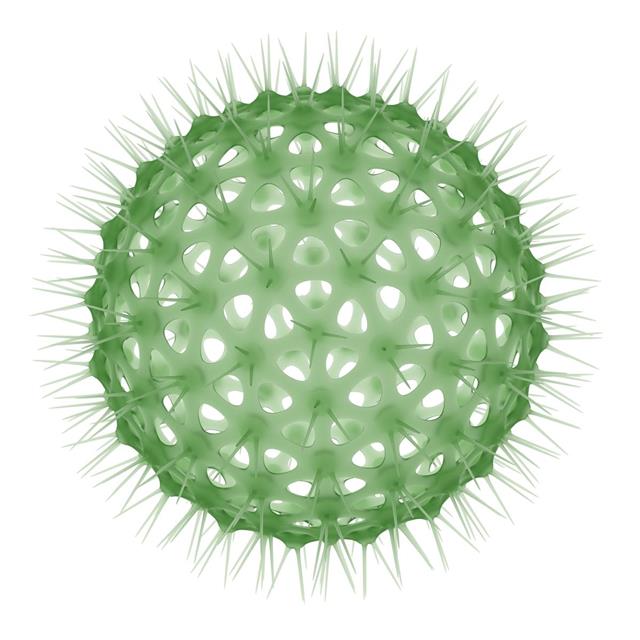 Reproduction: One of the interesting volvox facts is that the cell reproduces asexually as well as sexually. Volvox reproduction is a wonderful phenomenon to watch. Volvox colonies have spheres inside, which are actually ‘daughter’ colonies, known as gonads. It is a means of asexual reproduction. The gonads originate from cells around the middle portion or ‘equator’ of the colony. After enlargement, these cells undergo a series of cell divisions until they form a small sphere. The daughter colonies are initially held within the parent coenobium and initially the flagella is directed inwards. Later as the parent disintegrates, the daughters invert (turn themselves inside out). You can see the flagella directed outwards! 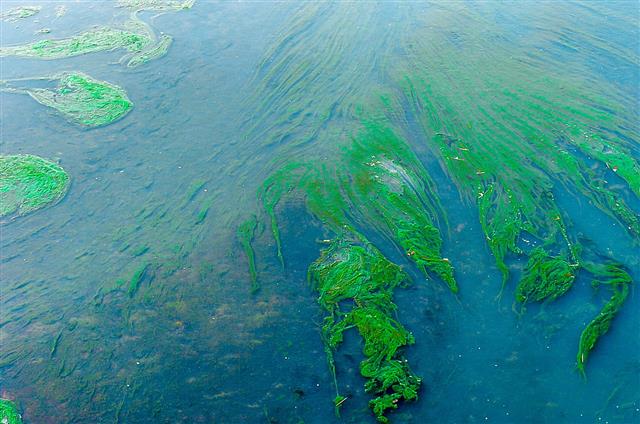 The cell reproduces sexually too. One of the interesting volvox characteristics is that the special cells formed around the equator during asexual reproduction develop into germ cells. Male and female colonies form different germ cells. Sperm cells are formed by division; but female germ cells do not divide. Instead, they enlarge to form an ova. Male and female colonies can be seen in most species of volvox. In some species, the colonies are hermaphroditic. They can develop sperm as well as ova, but not at the same time; so that self-fertilization is prevented. 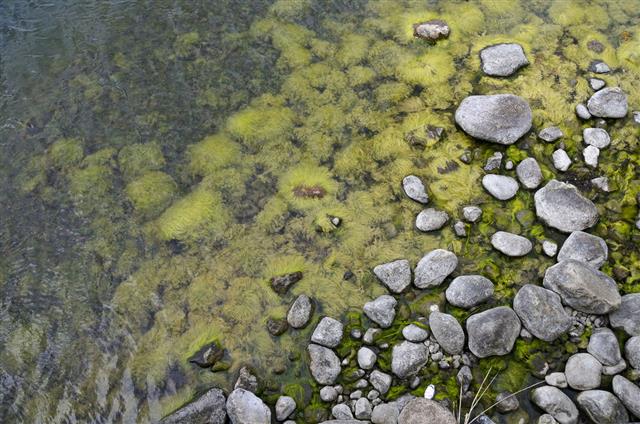 Food: The flagella help find mineral nutrients like phosphates and nitrates in the surrounding environment (ponds or lakes). Volvox absorb these nutrients that promote growth and reproduction. Volvox consume plants, bacteria and other organic matter. They prepare their food with the help of photosynthesis.

Volvox is widely used by researchers as a genetic and developmental model for further study of cellular differentiation. I hope you found the above volvox facts interesting.