Microevolution and macroevolution are considered to be small-scale and large-scale evolutionary changes respectively. This post provides some information about them and the difference between the two. 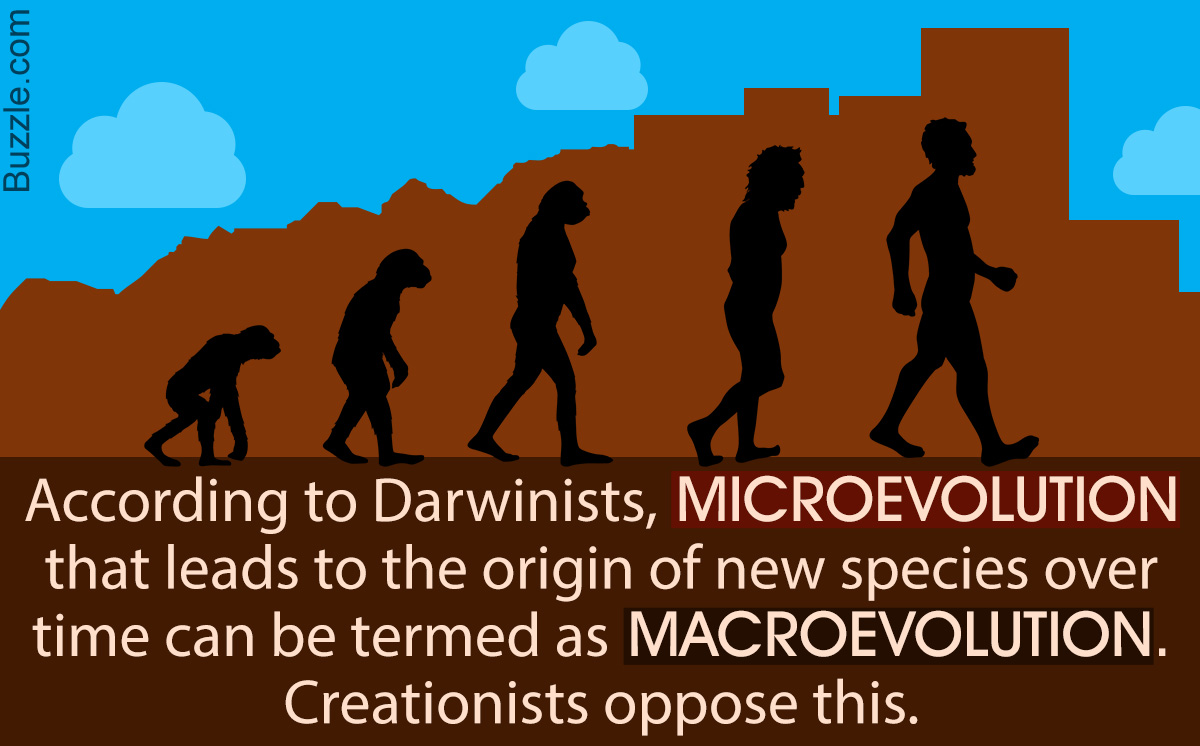 Microevolution and macroevolution are considered to be small-scale and large-scale evolutionary changes respectively. This post provides some information about them and the difference between the two.

There is no experiment that demonstrates macroevolution.

Every living being has a specific genetic code, and a unique genetic structure. This structure is somewhat similar in all organisms of a particular species. For example, dogs have a specific pattern in their genetic structure, which differs from that of humans, fish, or birds.

It has been observed that the gene structure in a particular species undergoes a small-scale evolutionary change, over time. This may be due to sexual mating that is not random, natural selection, genetic mutation due to environmental effects and lifestyle, gene flow, or genetic drift. That is the reason we find different races in human beings or different breeds in dogs. This phenomenon is called microevolution.

Human beings have used this concept to create new breeds of dogs, or in crossbreeding of plants or animals in general. In microevolution, genetic information that already exists is put in a new arrangement, altered, or lost. It is also believed that microevolution is better referred to as ‘variation’ or ‘adaptation’, that occurs within a population or species.

Biologists believe that this process over a much larger time scale can lead to so much of genetic change that it may give rise to a new species. This theory is the extrapolation of microevolution over very long time scales. It is termed as macroevolution. The proponents of Darwin’s theory believe in this concept.

Contrary to microevolution, this theory assumes the addition of new genetic information to the existing genetic structure. In other words, it is the evolutionary changes that occur past the species level. However, so far such a thing has not been observed. Moreover, the difficulty to conduct such experiments is that macroevolution proposes a much longer timescale for species change when compared to a human being’s lifetime.

Though creationists agree with the concept of microevolution due to the fact that these small evolutionary changes are visible and proven, they oppose the theory of macroevolution. Furthermore, they consider that microevolution, over time, does not lead to the origin of new species or macroevolution. They believe that a supernatural being is responsible for the creation of different living species.