Competitive exclusion principle applies to those species who compete for the same resources for their survival. Get a detailed explanation of this concept in this BiologyWise post with its meaning and examples. 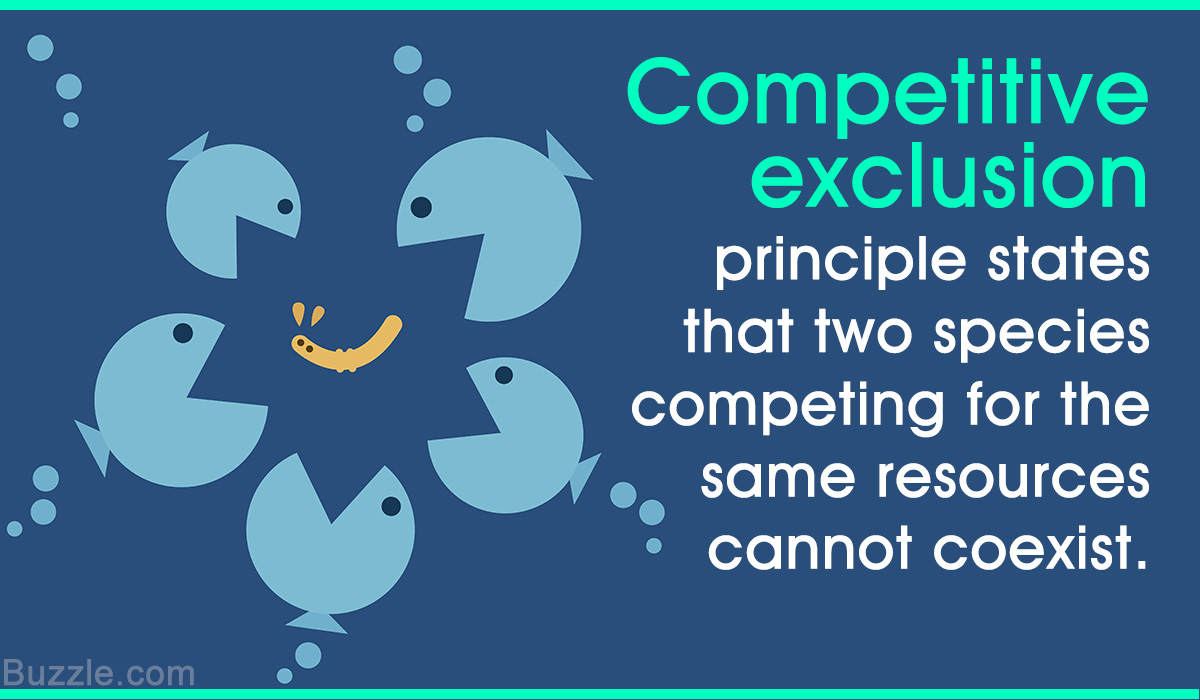 Competitive exclusion principle applies to those species who compete for the same resources for their survival. Get a detailed explanation of this concept in this BiologyWise post with its meaning and examples.

Competition, be it healthy or otherwise, is extremely important for the growth, reproduction, and evolution of different species.

Competition always produces a winner and a loser. The winner is stronger in some or the other way, and hence, he wins. But when the competition is about life and death, you can say, it’s the survival of the fittest and the smartest.

The competitive exclusion principle, which is also known as Gause’s law of competitive exclusion, states that any two species that require the same resources cannot coexist. This is because, in a competition to survive, they try to consume as many resources as they can, not leaving anything for the opponent or competitor. The weaker species will either go extinct, or will adapt to some other resource and evolve, but it will be out of that competition sooner or later.

Competition reduces the growth of other species. This means, in order to maintain the equilibrium, species that don’t consume the same resources must coexist. ‘Species’ here will include all living things that depend on other living things for their food. Example: Humans, animals (herbivores, carnivores), plants, microorganisms.

Example: If the maximum population of a forest is that of carnivores, there will always be less availability of food in that area. If there is scarcity of food, there will be survival issues, and there will be a competition. Those which are strongest will obviously make an easy kill and leave the other species trying forever. This will either drive them out of that area, or they will die there itself, trying to find food.

There are two kinds of competitions according to the competitive exclusion principle:
Intraspecific and interspecific

Intraspecific is a competition amongst beings of the same species. This type shows changes in the population size over time.

Interspecific is a competition amongst beings of the different species, dwelling on the same resources. This type explains the changes in the population size, extinction, or evolution of species.

These competitions are further categorized into two types :
Interference and exploitation.

Interference is that in which organisms directly fight with each other for the limited resources. Example: Protecting their food from other species, or killing them.

Noted Russian ecologist G. F. Gause, in 1934, proposed the principle of competitive exclusion. He stated that species cannot coexist if they have the same niche. By niche, he meant the food and the environment (temperature, pH) required to breed. So, if two species having the same niche are at a place that suits their needs, they would want to breed there, giving rise to competition. The species that is stronger will have an edge over the other, excluding them from that place. Hence, to coexist, species must have slightly different niches.

Example: Gray squirrels have replaced red squirrels in Britain. The population of red squirrels decreased substantially due to competitive exclusion, disappearance of hazelnuts, and diseases. Then, gray squirrels were introduced to Britain from 1876-1929, which easily adapted to the environment and slowly replaced the red squirrels.

Example: Different birds have different beaks, because of which, what they eat depends on the size and shape of the beaks. So, while some birds eat small seeds, some can eat only big seeds. This saves the competition, and the two bird species can then coexist stably.

Example: Another example of birds is found in the American forests, the brown creeper and the nuthatch. Both these birds search for food from the same tree, but they find different insects to eat. The brown creeper looks for its food up the tree trunk, while the nuthatch looks down the tree. The need to same resources here led to the adaptation of the species.

Competitive exclusion is the principle of nature. It’s there since the world began, otherwise, nothing would’ve evolved. The cause of our growth, mentally or physically, even though insignificantly small, is competition.