We are aware that all life stems from a single cell, and that the cell is the most basic unit of all living organisms. The cell being the smallest unit of life, is akin to a tiny room which houses several organs. Here, let's study the plant cell in detail...

We are aware that all life stems from a single cell, and that the cell is the most basic unit of all living organisms. The cell being the smallest unit of life, is akin to a tiny room which houses several organs. Here, let’s study the plant cell in detail… 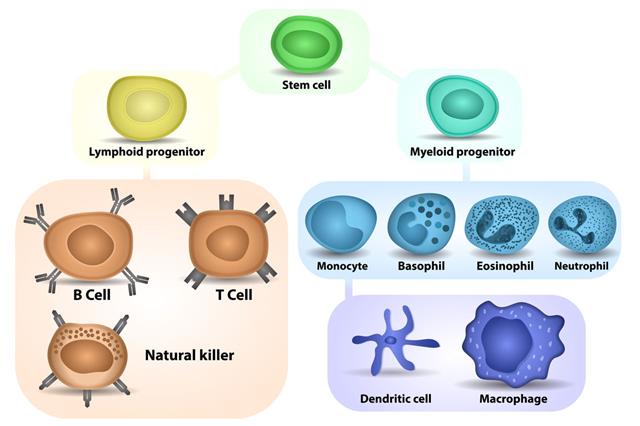 Let’s start with a quick brush-up, with what we already know. A cell is the basic structural and functional unit that makes a living organism. Cells are tiny living houses, which contain organelles that carry out specific tasks assigned to them. Cells communicate with one another and are responsible for transmitting information from one generation of cells to another.

There are two major types of cells, namely prokaryotic and eukaryotic cells. Both, animal and plant cells are eukaryotic cells, which means they have complex structures enclosed within membranes.

The plant cell contains a large central vacuole, and a protective outer covering called the cell wall. Besides, a plant cell also contains chloroplasts, which differentiates it from the animal cell.

What’s inside a cell? The answer is organelle. And, what are organelles? An organelle is nothing but, a subunit contained within every cell, which performs a specific function. Simply understood, an organelle is akin to an organ of the main body, that is the cell.

A major component of plants that are starchy in nature, the amyloplasts are organelles that store starch. They are classified as plastids, and are also known as starch grains. They are responsible for the conversion of starch into sugar, that gives energy to the starchy plants and tubers.

The cell membrane is a thin layer made up of proteins, lipids, and fats. It forms a protective wall around the organelles contained within the cell. It is selectively permeable and thus, regulates the transportation of materials needed for the survival of the organelles of the cell.

Function: Protects the cell from its surroundings.

Unique to plant cells, the cell wall is a fairly rigid, protective wall that resists the strain of physical forces. The cell wall is mainly made up of cellulose fiber and it helps maintain the shape of the cell.

Function: Maintains cell pressure and prevents over-expansion of the cell.

The centrosome is located close to the nucleus and is a small body made up of radiating tubules. It is responsible for producing and organizing the microtubules. In plant cells, the centrosome is a ‘centriole-free’ organelle. It is also called the Microtubule-organizing center (MTOC).

Found only in plants, chloroplasts are organelles that resemble the structure of the mitochondria. It is a plastid that traps energy from sunlight. It contains chlorophyll molecules, that carry on the process of photosynthesis as well as, give the plants a lush green color.

Function: Serves as the site of multiple cell processes including cell metabolism.

Known as the ‘golgi complex’ or the ‘golgi apparatus’, it is located near the nucleus. It is a stack of membrane-bound structures that, is involved in the transportation of lipids and modification of proteins. It is crucial in segregating and transporting material within the cell.
.
Function: Sorts, processes and modifies proteins.

Known to be the ‘power house’ or the ‘storehouse of energy’ of the cell, the mitochondria plays an important role in a cell. They are made up of cristae or finger-like structures, which convert the sugar into Adenosine Triphosphate or ATP. ATP stores and releases energy required for the cell to function. It is responsible for regulating membrane potential, programming the death of the cell and regulating cellular metabolism.

This is a spherical body that contains various organelles like the nucleolus (where ribosomal RNA is produced) and is surrounded by a nuclear membrane. The nucleus is known to be the ‘control room’ of the cell. It regulates various cell functions by controlling the protein synthesis of the plant cell. The nucleus contains DNA within the chromosomes. It is a membrane-bound structure that contains the cells hereditary information.

Function: Controls expression and transcription of the gene.

Known to be the heart of the cell, the nucleolus transcribes ribosomal RNA. It is composed of proteins and nucleic acid and is known to be a genetically determined element.

They are small packets or granules of RNA that convert amino acids into proteins. It serves as a site of protein synthesis and is therefore termed as the workhorses of protein biosynthesis.

The rough endoplasmic reticulum or rough ER, is a vast interconnected membrane system located close to the nucleus. The presence of ribosomes on its surface gives it a rough appearance and hence the name. The RER works in accord with the golgi body to send new proteins to their proper destinations. These networks transport materials through the cell and produce proteins in sacs known as cisternae.

Similar to the structure of the rough ER, the smooth ER is a separate interconnected network membrane structure that is free from ribosomes. The SER transports material through the cell. It is also crucial in producing and digesting lipids and proteins.

Vacuole is essentially a sac filled with water that helps maintain the shape of the cell. It stores nutrients and waste products. Its functions include, isolating materials harmful to the cell, maintaining turgor within the cell and exporting unwanted materials away from the cell.

You can save and print this diagram of the plant cell. It will help you with your revision.

That’s about how the organelles in a cell function. It’s unbelievable how a tiny cell can help a full-grown plant to grow and produce energy. As they say, life originates in a single cell and it is this cell that plays an important role in the growth of the living organism. 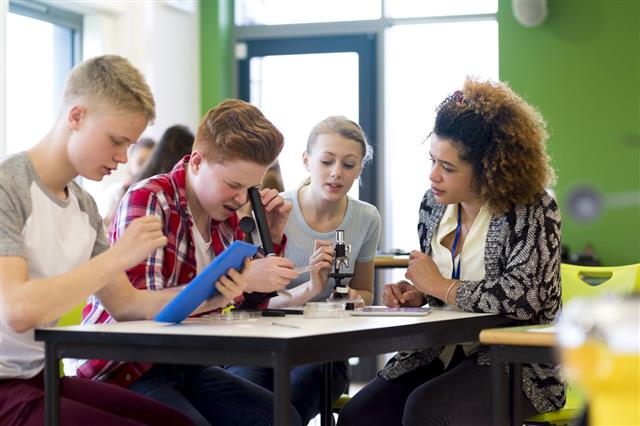 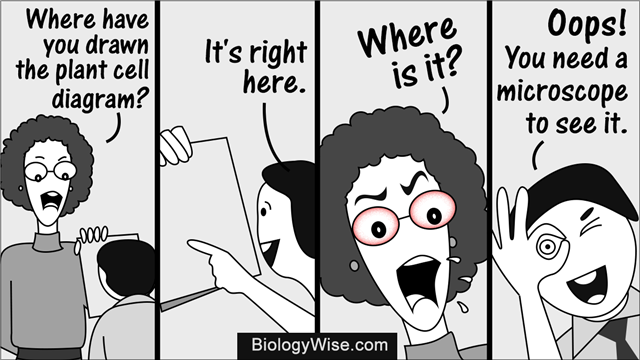