How do Protists Reproduce?

Kingdom Protista is undoubtedly one of the least explored realms of biology. This write-up on the process of reproduction in protists will help you get a better understanding on this less-known attribute of their lives.

Home / Uncategorized / How do Protists Reproduce?

Kingdom Protista is undoubtedly one of the least explored realms of biology. This write-up on the process of reproduction in protists will help you get a better understanding on this less-known attribute of their lives.

Kingdom Protista is one of the four kingdoms which form the Eukarya Domain which is one of the three domains of life on the planet Earth. The fact that protists (i.e. the members of kingdom Protista) have nothing in common, has made many researchers question the credibility of this kingdom, however, it continues to exist in the biological taxonomy as of today. That they are either unicellular or multicellular – without specialized tissues, in nature, is perhaps the only common link that the protists share.

Basically, protists can survive in any environment wherein they find liquid water, including the human body. There exist several examples of protists, and one of the most popular among them is the amoeba. With such diversity, it’s but obvious that various attributes of their life are bound to be interesting. One such interesting attribute of protists’ life cycle is the process of reproduction, and that’s what we will be stressing on from here onwards.

Like other single-celled organisms, such as archaea and bacteria, asexual reproduction is the primary method of reproduction for protists. These organisms generally opt for binary fission method of asexual reproduction wherein a single parent produces an off-spring without having to depend on fertilization by another organism. In other words, the parent organism literally divides itself into two cells. As only one parent is involved, the newly formed organism inherits the genes of its parent and not from the two organisms as is the case in organisms which resort to sexual reproduction.

While binary fission is predominant method of asexual reproduction in single-celled protists, there do exist some protists which resort to yet another method of asexual reproduction, i.e. reproducing by producing spores. Fungus-like slime molds and water molds are apt examples of protists which resort to spore form state to make the reproduction possible. These protists produce spores and release them in the air. These spores, in favorable conditions, eventually hatch into amoeba-like cells, which grow by feeding on bacteria, and mate when they encounter the correct mating type to form zygotes.

It was initially believed that protists only reproduce asexually, however recent studies have revealed that they also resort to sexual reproduction, especially under stressful conditions. When there is extreme environmental stress, which makes survival difficult, some protist organisms exchange genetic material with the intention of producing an off-spring which will have the ability to survive in the prevailing extreme environment. In case of sexual reproduction, the two organisms involved go through the process of meiosis wherein a reproductive cell with half the set of DNA belonging parent, known as gamete, is created. Further when the gametes of two parent organisms come in contact, a zygote is formed. This zygote has a full set of DNA, courtesy half a set of DNA from either parent.

While that was all about the reproduction process, there also exist several other facets of their lives that we are not aware of. It may come as a surprise for many, but we do come in direct contact with various protists which act as pathogens in our body. One of the best example of the same is Plasmodium falciparum, the protozoan parasite which causes malaria. Taking that into consideration, study of protists and the role they play in the environment becomes all the more interesting – as well as important. 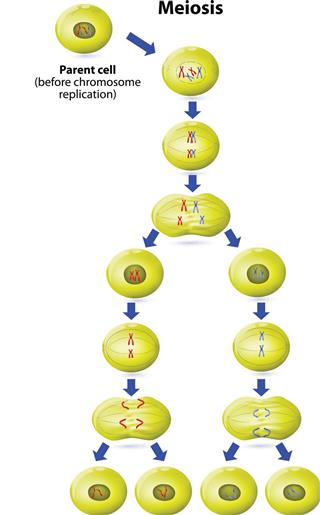 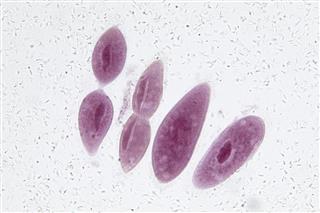 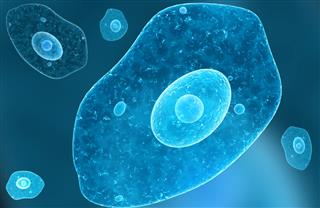