What is a Haploid Cell?

A cell that contains half the amount of chromosomes present in a diploid cell is called a haploid cell. This article will help you understand more...

Home / Uncategorized / What is a Haploid Cell?

A cell that contains half the amount of chromosomes present in a diploid cell is called a haploid cell. This article will help you understand more… 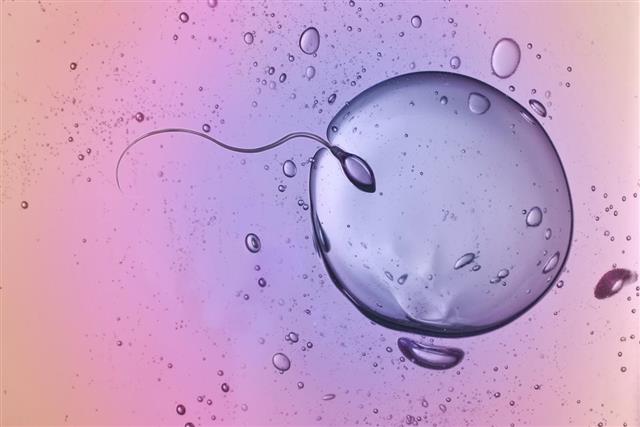 This is a cell which contains only one set of chromosomes. These, in humans and other mammals, are mostly the sex cells (egg and sperms) produced by a process called meiosis. When the egg is fertilized by a sperm, it gives rise to a diploid cell.

A cell divides into two halves, and gives rise to two daughter cells. This process is seen only in eukaryotic cells, and this is the only part in the life cycle of a cell that involves sexual reproduction. It helps in the combination of genes of the parents, without increasing the number of chromosomes. In the reproductive organs of higher animals like humans, the gonads, that is the testes and ovaries divide to form sex cells by meiosis.

The nucleus of the cell divides twice during meiosis, and produces four daughter cells. In diploid organisms, meiosis occurs by the formation of gametes (sperm and egg). These gametes are haploid cells, containing only one set of chromosomes. These gametes unite during fertilization, which helps in restoring the diploid number.

In case of plants, meiosis occurs before spore formation, and the spores have haploid number of chromosomes. When the haploid spore unites with the ovary, it gives rise to progeny by sexual reproduction. Meiosis is very important, as it helps in gene mixing and variation, to give rise to a better progeny. The cells combine to form a diploid cell with different genes from the parent. Thus, the progeny is more genetically advanced than that of the parent.

Haploid cells are usually the gamete cells of any organism. The entire plant body contains haploid cells that gives it a better genetic advantage. These plants usually have pure genetic lines. In all animals, including humans, the egg and sperm are the only haploid cells.