Green algae is a type of algae that is considered to be very closely related to plants. This group of algae includes about 7,000 species of both unicellular and multicellular organisms.

Green algae is a type of algae that is considered to be very closely related to plants. This group of algae includes about 7,000 species of both unicellular and multicellular organisms. 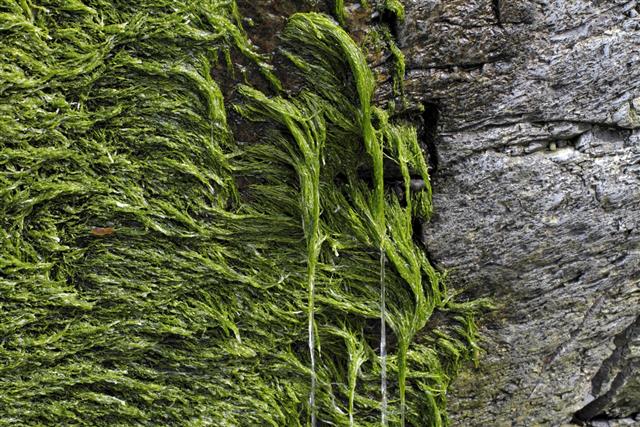 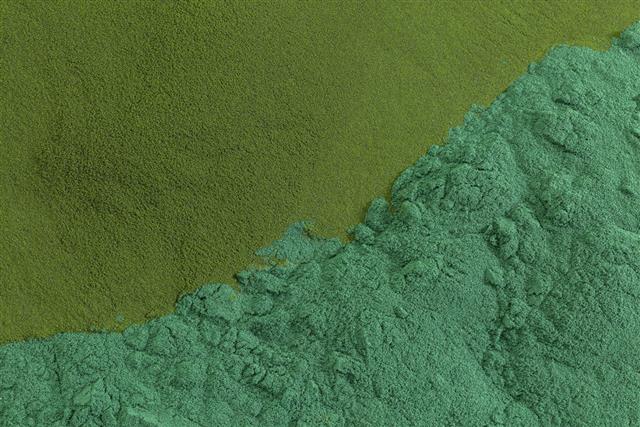 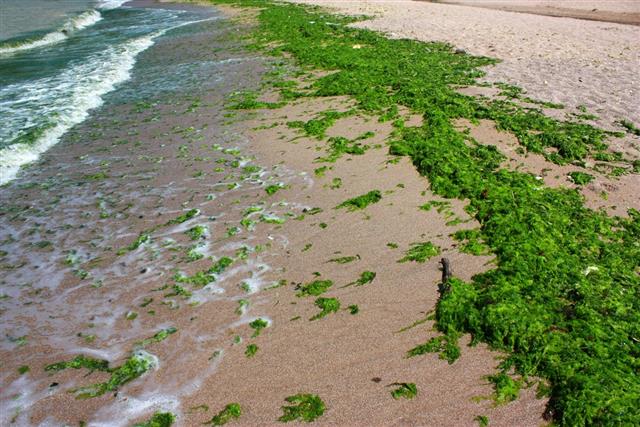 Algae are a large group of simple and primitive organisms, which can be unicellular or multicellular. Most of them are autotrophic and being such a type of organism, algae can carry out photosynthesis, just like the terrestrial plants. They contain chlorophyll, but do not possess true stem, roots, and leaves―the structures that characterize land plants. Certain algae have also been found to be mixotrophic, i.e., they derive energy from both photosynthesis and other sources. For example, some algae carry out photosynthesis, and also take up dissolved organic matter by osmosis to derive energy, while a few species rely completely on external energy sources. There are several types of algae such as blue-green algae, red algae, green algae, and brown algae. They are now considered as more related to bacteria than algae. Out of all these types, green algae are a large group that contain both unicellular and multicellular organisms.

What are Green Algae?

It is a large group of algae, most members of which contain chloroplast. Chloroplast of these algae contain pigmentsm chlorophyll ‘a’ and ‘b’, which give them a bright green color. Some of them are unicellular and live as a single cells, while others form a colony or a long filament. Many species of green algae are motile and they possess flagella, which is a lash-like appendage used for locomotion. Generally, each cell of a colony possesses two flagella, which help the entire colony to move. On the other hand, a few species of green algae are immobile, as they do not contain any flagella. However, it has been observed that many of the immobile algae pass through a flagellated stage in their life cycle.

✦ They are a diverse group of algae that can be found all over the world. They are often termed as chlorophytes. But chlorophyte is actually a division of green algae, which includes both freshwater and marine species. There are several interesting facts about the members of green algae, out of which a few are enlisted below:

✦ There are about 7000 species of green algae, which can be found in both fresh or saltwater and also in damp places.

✦ They are considered as the group from which the higher plants evolved on the basis of certain characteristics, and the compounds found in the pigments used for photosynthesis.

✦ Out of all green algae, the members of the order Charales are considered as the closest relatives of higher plants.

✦ Almost all of them contain chloroplast, within which the pigments chlorophyll ‘a’ and ‘b’ can be found. These pigments are responsible for imparting a rich green color to these algae.

✦ One of the most well-known types of green algae is volvox. Volvox forms a spherical colony, and each cell of the colony possesses two flagella and a small eyespot.

✦ Chlorella is another well-known green algae, which is usually found inside hydra, ciliates, and some other animals, as an endosymbiont. An endosymbiont is the organism that lives inside the body or cell of another organism and establishes a symbiotic relationship or ‘endosymbiosis’.

✦ Green algae of the genera Trebouxia and Pseudotrebouxia are often found to establish symbiotic relationship with fungi. Lichen is the composite organism that results from this symbiotic association.

✦ Spirogyra, Zygnema and Mougeotia are some other common green algae that are often found on the surface of freshwater ponds and ditches. They proliferate rapidly and form a dense mat-like structure on the surface of ponds, which we usually identify as pond scum.

✦ They can reproduce both asexually and sexually, and the mode of reproduction is quite diverse.

✦ Sexual reproduction takes place through the union of gametes, which can be identical or different in shape or size. Some algae like spirogyra reproduce by the conjugation method, while certain higher forms of algae follow a reproduction cycle, which is called the ‘alternation of generations’.

Today, algae include certain types of green algae, which are widely used not only as a source of nutritious food, but also for producing different types of nutritional supplements. They are nowadays used in the treatment of wastewater and for controlling pollution. They are also being considered for producing fuel or biofuel. 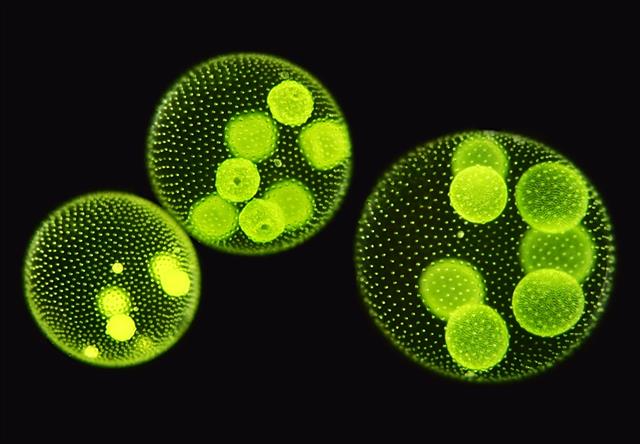 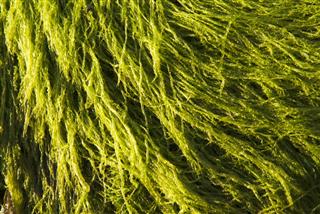 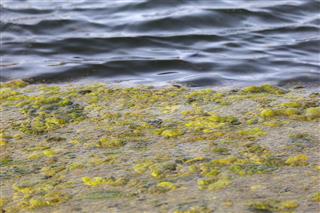 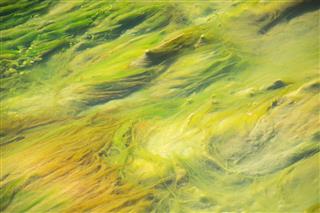 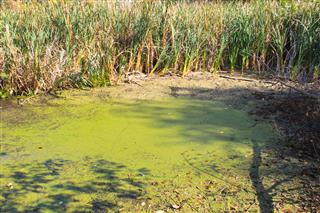 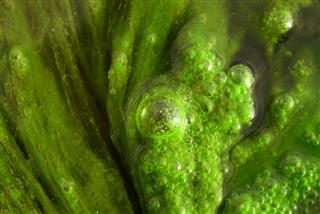 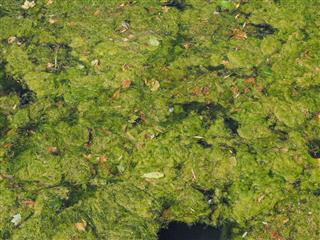 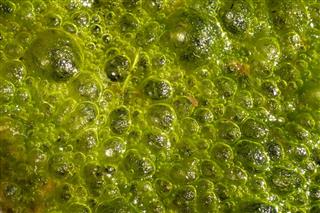 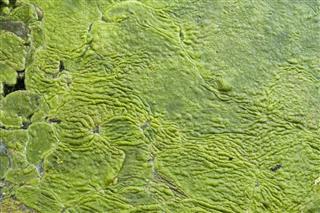 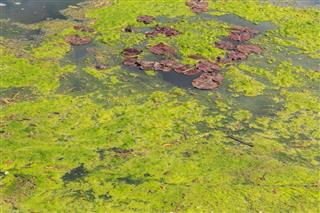 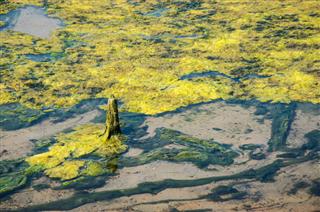 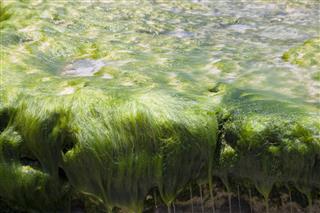 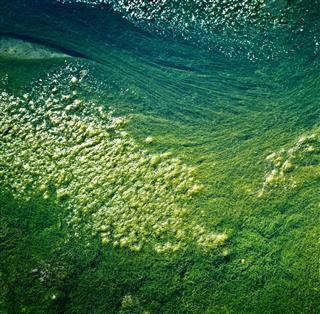 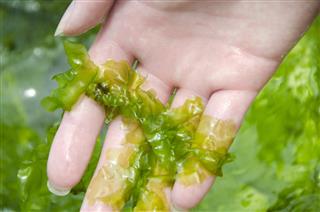 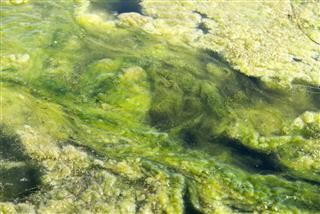 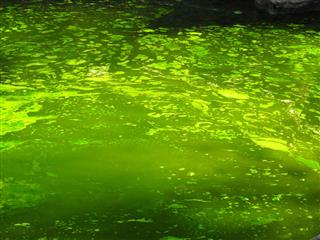 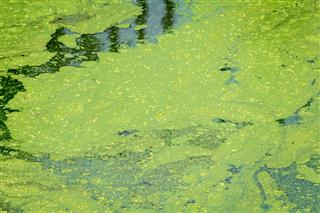 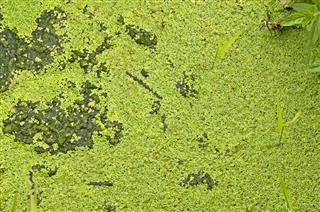