A Labeled Diagram That Explains the Function of Nucleolus

The nucleolus is one of the most important organelles of eukaryotic cells. Its main function is producing and assembling subunits which form ribosomes. Different functions performed by the nucleolus are listed here.

Home / Uncategorized / A Labeled Diagram That Explains the Function of Nucleolus

The nucleolus is one of the most important organelles of eukaryotic cells. Its main function is producing and assembling subunits which form ribosomes. Different functions performed by the nucleolus are listed here.

Unlike most of the cell organelles, nucleolus is not a static structure. In the mitosis phase it disassembles and assembles again in the initial phase of G1.

What is the Function of Nucleolus?

The main function of nucleolus is to produce and assemble subunits which form the ribosome. Ribosome is the site for protein synthesis. Nucleolus plays an indirect but crucial role in protein synthesis by assembling the ribosome subunits. The nucleolus carries out 50% of the total production of RNA that takes place in cells. This functionality is attributed to hundreds of r-genes that are present in the nucleolus.

The assembly of ribosomal subunits takes place in the following manner.

▶The next step in this process is that of packaging. RNAs are packaged with certain, specific forms of proteins.

▶The assembly of ribosomal subunits is transported to cell cytoplasm (i.e. outside the nucleolus) and it participates in the process of translation (protein synthesis).

The NOR is an area in the cells in which formation of nucleolus takes place around chromosomes. Because the formation and arrangement of nucleolus does not take place randomly, it is referred to as a ‘genetically determined element’. The NOR has a circular shape and is surrounded by filaments called pars fibrosa (PF). The pars fibrosa filaments are formed of newly transcribed ribosomal RNA. After the division of nucleus, this region gets associated with the nucleus. Several copies of genes of ribosomal RNA constitute the Nucleolus Organizer Region (NOR). Many tandem copies of genes of ribosomal RNA are found in the NOR. The number of NORs present in human chromosomes are 5. The NOR can be identified through karyotype analysis by means of silver nitrate staining.

The word, sequester means to hide or isolate a particular thing. Sequestration is amongst the important nucleolus functions. The process of nucleolar sequestration leads to immobilization of proteins. It means that the proteins are no longer able to interact with their pairing partners. Proteins that are sequestered by the nucleolus include pVHL, Mdm2, hTERT, etc.

Nucleoli are known to play an important role in mRNA biogenesis. They are also involved in RNA metabolism and the events of RNP (Ribonucleoprotein) assembly.

It is the largest organelle present inside the boundaries of nucleus. The complex structural organization of nucleolus has evolved during the transition phase of living beings from anamniotes to amniotes. Anamniotes are vertebrates that do not possess the amnion; another notable characteristic of these organisms is that they lay eggs in water. Amniotes are organisms (reptiles, birds, etc) that lay eggs and which have adapted themselves to the terrestrial environment.

Amnion is a protective membrane which envelopes the embryo in mammals, birds and reptiles. It is composed of a serous fluid called amniotic fluid. Apart from protecting the embryo, the fluid is known to provide it with the required nourishment.

In this process of adapting to the terrestrial environment, the rDNA intergenic region saw a considerable rise. The separation of original fibrillar component took place in this phase; as a result, the FC (fibrillar centers) & DFC (dense fibrillar components) were formed.

The structure and functioning of nucleolus is more complex than what has been understood by researchers till date. Efforts are being taken to understand the working of this cell organelle on a molecular level. Finally, one can say that an in-depth study should help us understand more about the macromolecules which perform the different functions of cells. 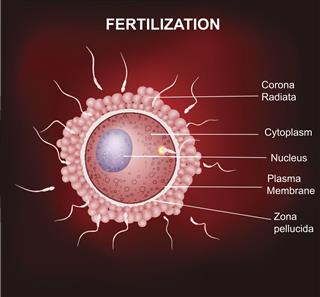 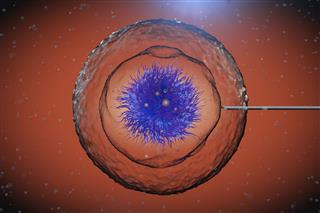 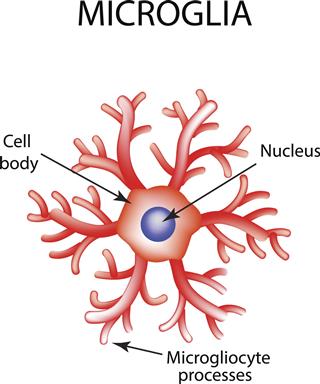