Flatworms are some of the most interesting creatures to study about and that is exactly what we shall be doing in this following article by giving you some interesting flatworm facts. Continue reading for more information.

Flatworms are some of the most interesting creatures to study about and that is exactly what we shall be doing in this following article by giving you some interesting flatworm facts. Continue reading for more information.

Flat worm – A soft bodied, flat looking creature that is characterized as the simplest form of the worm. There are over 20,000 species of flatworms and these can be found living on land and in water – both fresh and marine. The most popular form of flat worms are tapeworms. While some forms of flatworms live independently and are free living, there are most who live as parasites and get their food by attacking the bodies of the hosts. There are several such interesting facts about flatworms that we can study, and in the following article that is exactly what we shall be doing.

When one studies the ways in which the flatworm works, you’ll understand how each species works differently and has its unique ways of survival. Let’s get you some of the most interesting flatworm facts that there are.

The flatworms are not really flat and have a rounded body instead. They do have a flat belly though. The flatworms can either be extremely tiny or can grow to become several inches long. They are pointed on both ends and are characterized by eye spots on the head. Their colors may vary from being translucent white, green as well as brown. It could also be blotchy and mottled as well.

Flatworms exhibit a bilateral symmetry (equal on both sides). The flatworm has three distinct cell layers – The ectoderm, the mesoderm and the endoderm and is considered to be the first organism to exhibit this factor. The nervous system of this organism consists of most of its senses to be concentrated in the brain. Which means that the head is able to detect any danger that might come forth and therefore protect itself.

These worms have no skeleton and the underside of their bodies is made up of cilia (tiny hair) which helps them crawl forward.

The flatworms have two nerve cords that run through the sides on either side. There are two simple brains and two eye spots which help to sense light and any other danger that might come forth. The flatworms breathe in oxygen even though they have no formal respiratory system to do so.

One of the most interesting facts about flatworms is that they do not have a separate digestive and excretory system. They have only one opening on the underside and middle of the stomach which is where they eat from and then get rid of the waste as well. The flatworms that dwell in water can use this pipe to puncture their preys and suck the insides out. Some flatworms like tapeworms for example, live in the digestive tracts of humans and animals and dwell on the food that is ingested by their hosts. They can thus grow and cause for several complications in the host body.

The flatworms can reproduce in both ways, sexually as well as asexually. Since they are born with both male and female parts, they can mate with any other worm, given that they are of the same species. Asexually, they can simply split into two, with each piece turning into a new worm. A third option is also that of regeneration in which they can produce a new worm from a broken piece.

These were some facts about flatworms which gave us a brief outlook into the ways of the flatworm and everything that needs to be known about it. Here’s hoping that you now know what a flatworm is all about and you have some interesting facts to back you up with. 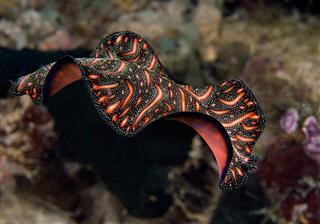 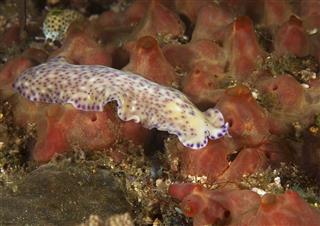