The following article provides information regarding the structure and functions of various cell organelles belonging to the eukaryotic cell. 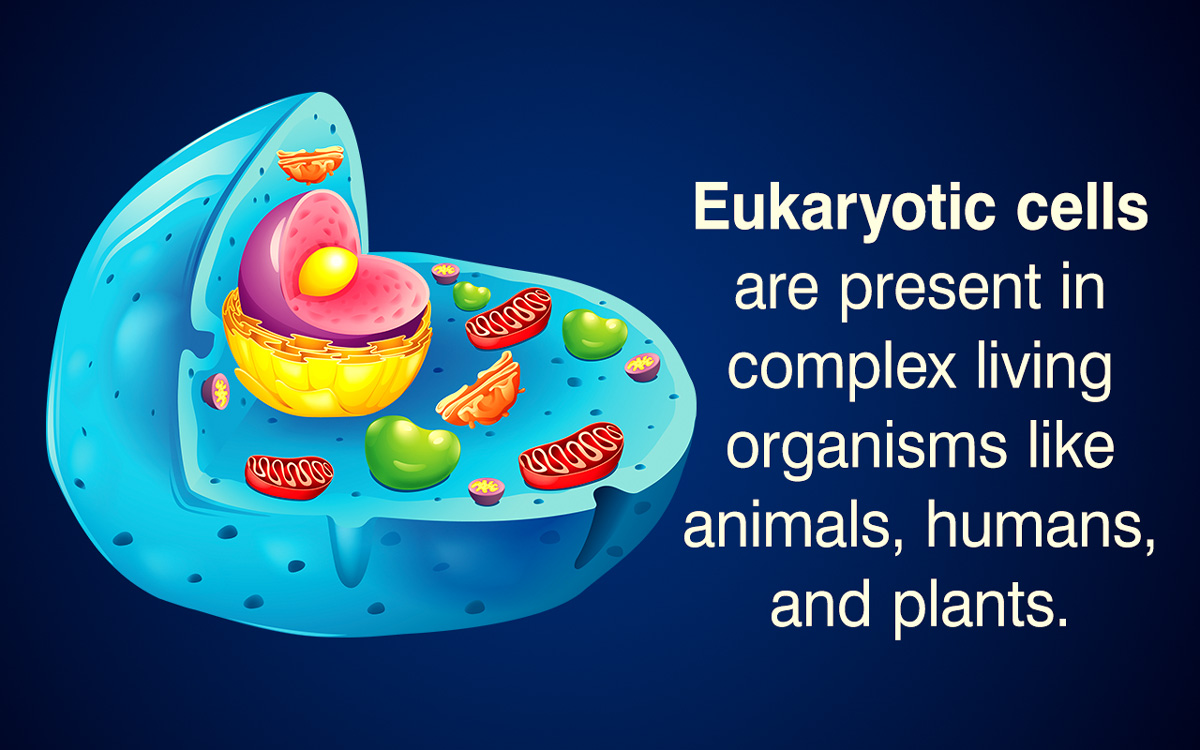 The following article provides information regarding the structure and functions of various cell organelles belonging to the eukaryotic cell.

Eukaryotic cells are present in complex living organisms like animals, humans, and plants. They formed as a result of evolutionary changes that took lace in the prokaryotic cells. You can refer to the following image for understanding the cell structure.

If you happen to check the structure of eukaryotic cells under the microscope, you will find that they are made up of a number of cell organelles, which help in the smooth functioning of the overall cell. Essentially a part of all the plants, animals, fungi, algae, and protozoans, these diploid cells are 5 micrometers or more in diameter, and characterized by the presence of a nucleus, which is absent in the prokaryotic organisms. 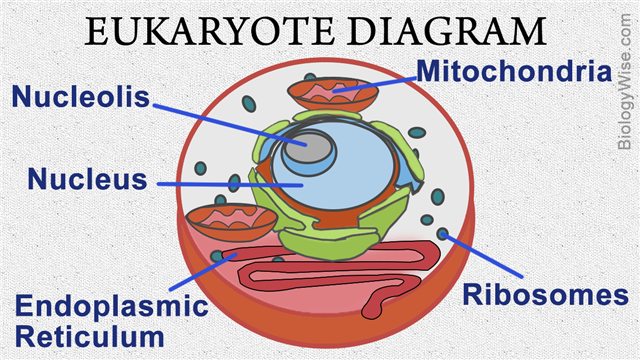 It is a distinguishing part of plant cells, and is absent in animals. It imparts rigidity. Its material is different for different plant species with cell shapes being elongated, oval, round, rectangular, or square-shaped.

This liquid gel-like substance is called matrix, within which the cell organelles float and/or are embedded. It provides the right environment to carry out all the metabolic reactions.

Eukaryotic cells are considered advanced and complex. The nucleus is made up of genetic material, i.e., the DNA (Deoxyribonucleic acid) and the chromosomes, owing to which it is considered as the brain of the cell. It basically controls all the cell functions, and guides it properly.

The interior of the nucleus has a dark stained area called the nucleolus, which is responsible for protein formation.

Peculiar to the eukaryotic cells, the main function of this membrane is to protect the nucleus by formation of a protective sheath around it.

Nucleus is filled with this dense fluid that contains chromatin fibers, chromosomes, and genes that carry the genetic information.

They are among the largest cell organelles present in the eukaryotic cells. They are characterized by their own Mitochondrial DNA, RNA, and ribosomes; and hence, can self-replicate. It is the key site for production of energy in the form of ATP molecules, and thus aids photosynthesis and respiration.

Another peculiar organelle present in eukaryotic plant cells are the plastids. Photosynthesis is the unique process, by which plants prepare their own food with the aid of these organelles. Plants generally contain chloroplasts that are characterized by the presence of a green colored pigment called chlorophyll.

They are essential for protein synthesis, which includes transcription and translation. All the ribosomes are of 80S type, except the one from mitochondria and plastids, which is of the 70S type.

They mainly help to undertake phagocytosis, and promote intracellular digestion. They are also responsible for secretion of enzymes, which are necessary for breaking down the cell debris.

Centrioles contained within the centrosomes are important for the process of initiation of cell division, the result being either mitosis or meiosis.

Their function includes protein processing so that active protein chains are released whenever required.

Alike in plants and animals, vacuoles are water-filled organelles responsible for storage.