Nowadays, DNA typing is a widely used technique in the field of genetics. This tool has not only been useful in forensic and scientific studies of animals, but has also proved important in studying plants. Read on to know more.

Nowadays, DNA typing is a widely used technique in the field of genetics. This tool has not only been useful in forensic and scientific studies of animals, but has also proved important in studying plants. Read on to know more.

Deoxyribonucleic acid is a nucleic acid that is passed on genetically in all living organisms. Also found in plants, DNA stores all the information with the help of four chemical bases; adenine(A), guanine(G), cytosine(C), and thymine(T). These base pairs are attached to a sugar and a phosphate molecule. Thus, a base pair, sugar molecule, and phosphate molecule form a nucleotide. The two long strands of nucleotides forming a spiral is called a double helix. The sequence in which these base pairs occur determine the formation of various traits and structure of an organism.

DNA is also found in plants and is unique to each individual specimen. Thus, it can be mapped to reveal the genetic make up of an organism. DNA fingerprinting in plants is used for protection of the ecosystem, identification of marker traits, gene diversity and variation, and mutations. There are various methods for plant DNA fingerprinting like Restriction Fragment Length Polymorphisms (RFLPs), Randomly Amplified Polymorphic DNAs (RAPDs), Amplified Fragment Length Polymorphism (AFLP), and Simple Sequence Repeats (SSRs).

DNA profiling involves the extraction of DNA from plant cells for quantification, and quality assessment. While carrying out the polymerase chain reaction (PCR)-based duplication of DNA in RAPD, ISSR or SSR, diluted DNA is mixed with a master mix. The master mix contains PCR buffer, DNTPS, primer, water, and Taq polymerase enzyme in a PCR eppendorf tube.

The PCR machine is programmed in advance for the number of cycles. The mixture is then loaded and the cycle is carried out. After the cycle is completed, electrophoresis of the samples is carried out. AGE or PAGE electrophoresis can be used depending upon the technique. The samples are stained to reveal the banding patterns. After the DNA has been isolated and enough copies are replicated, various methods explained below are used for its profiling.

In this method, unequal lengths of DNA fragments are obtained by cutting Variable Number of Tandem Repeat (VNTRs) sequences up to 30 sequences long with restriction enzymes at specific sites. There are different VNTRs, number and location of restriction enzyme-recognition sites. PCR amplification of DNA is not required for this method. The routine southern blot experiment can be used.

The complimentary DNA sequences are radiolabeled on agarose gel for visualization in this method. This method is used to identify the origins of a particular plant species. However, the results cannot indicate the chance of a match between two organisms. The other drawback of RFLPs is that it is a costly process which involves a considerable amount of labor work too.

This method is commonly used for primary assay that helps in screening the differences in DNA sequences. It is used to search the sequences required for random amplification. Here, using short single primers at low annealing temperatures, the DNA is cut and amplified. Using electrophoresis and superimposing the gels, a banding pattern is identified. The gel is cut where the target band is found and the DNA is isolated and sequenced. This target is used to assess DNA from other cultivars. This technique is more cost-effective than RFLPs. The drawback for this method is that it lacks specificity due to low annealing temperatures and easier reaction conditions.

Simple sequence repeats are microsarellites. They show high degree of polymorphism. They are isolated using hybridized probes followed by their sequences. They are detected by gel electrophoresis using specific dyes or radiolabelling. The advantage of SSRs is that the amount of DNA required is less than RFLPs. The assays involving SSRs are more robust, making them more efficient than RAPDs. The drawback of this method is that separate SSR primers are needed for each species.

This method is a PCR based derivative of RFLP. Here sequences are selectively amplified using the primers. This method is more useful than RFLP or RAPD as more loci can be evaluated. AFLP helps in determining a large number of polymorphism. This method is also cost-effective.

The advantages of DNA fingerprinting in plants are as follows:

This process has come a long way from being just a forensic tool. It is useful in plant breeding and endangered plant species can be kept alive. It is an effective tool for conserving the ecology of our planet. 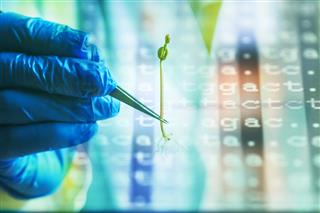 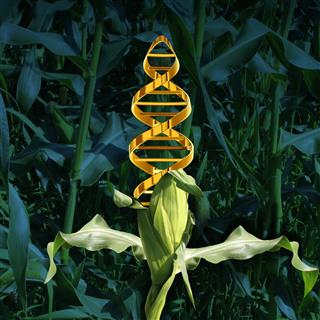