Understanding Aerobic and Anaerobic Respiration and Their Differences

There are two main types of respiration: aerobic and anaerobic. This article will give you a good understanding of these two processes, and also list the major differences between them.

Home / Uncategorized / Understanding Aerobic and Anaerobic Respiration and Their Differences 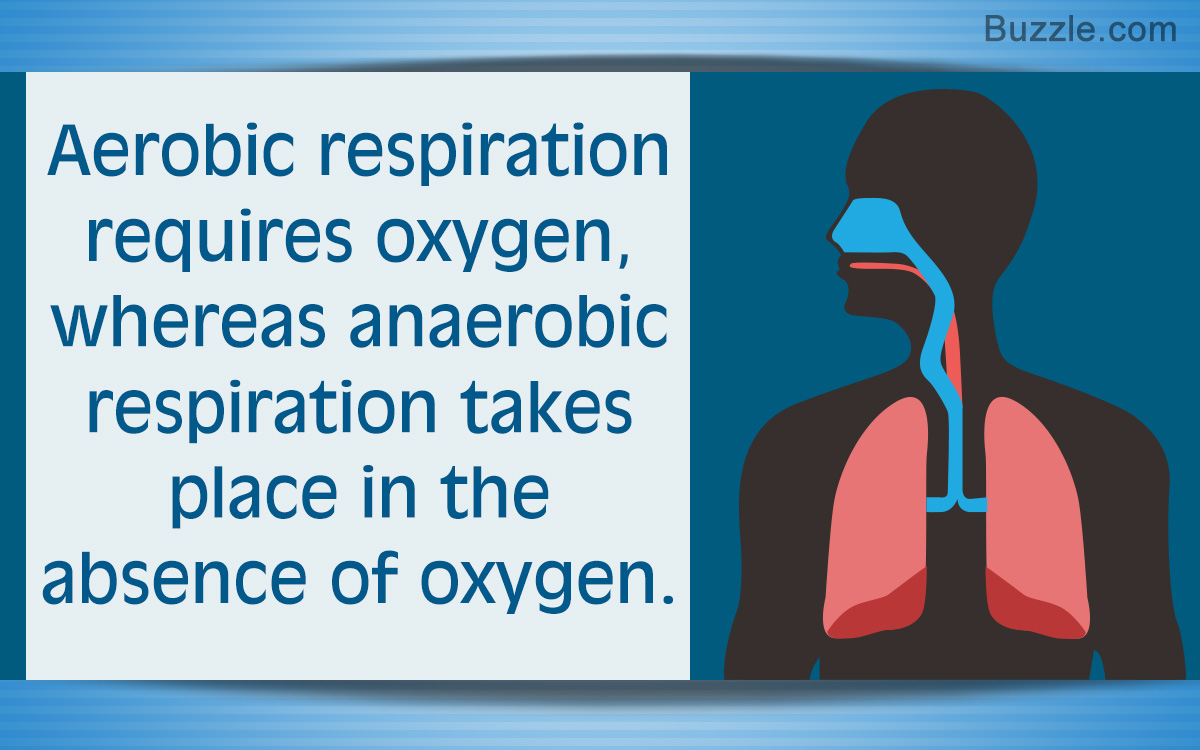 There are two main types of respiration: aerobic and anaerobic. This article will give you a good understanding of these two processes, and also list the major differences between them.

Respiration is a process of release of energy by the breakdown of energy molecules obtained from food. This process is carried out by all sorts of living creatures, in order to produce the energy required for carrying out various metabolic activities like growth, repair, and locomotion.

Aerobic and anaerobic respiration are carried out at the cellular level. Let’s take a look at how these two processes take place, and what are the differences between them.

Aerobic respiration takes place in the presence of oxygen. It occurs in all plants, animals, and some prokaryotic organisms. The process involves a chemical reaction resulting into breakdown of energy molecules, obtained from carbohydrates (mainly glucose), proteins, and lipids. When a glucose molecule is broken down in the presence of oxygen, energy is released, along with carbon dioxide and water as the by-products of the reaction. The energy produced is stored in the form of adenosine triphosphate(ATP) molecules, to carry out the various metabolic processes. Oxygen, being a good oxidizing agent, acts as the electron receptor in this process.

Here is the chemical equation of the reaction that takes place:

About 2900 KJ of energy is released as a result of the above chemical reaction. About 38 ATP molecules are produced when a single glucose molecule is broken down with the help of oxygen. This energy gets stored in the body for later use.

Going a little deeper into the process, aerobic respiration can be sub-divided into three main stages:

The reaction can takes place in either of the two ways given below:

The above chemical reaction produces 2 ATP molecules by breaking down one glucose molecule, with carbon dioxide and ethanol or lactic acid as the by-products. Due to the absence of oxygen, the glucose molecule is only partially broken down, thereby producing lesser amount of energy. In case of yeast cells, ethanol is produced, while in case of muscle cells, lactic acid is produced as a by-product. Lactic acid is a toxic chemical that gives you cramps.