Earthworm Biology – The Science of the Natural Decomposers

Earthworms are creatures that belong to the phylum Annelida. This article provides some information on the biology of earthworms.

Home / Uncategorized / Earthworm Biology – The Science of the Natural Decomposers

Earthworms are creatures that belong to the phylum Annelida. This article provides some information on the biology of earthworms.

It was Charles Darwin who first recognized the earthworm’s importance, describing it as ‘nature’s plow’. Nowadays, it is well-known what beneficial effects the earthworm has chemically and physically on the soil. By burrowing into the soil, it increases the moisture by allowing rainwater to infiltrate deeper, and the aeration of the soil, thus enabling better root development.

While the droppings, known as castings, help in enriching the soil due to it being rich in phosphorus, magnesium, calcium, and nitrogen. Since this creature increases the fertility of the soil, it is being increasingly introduced in land areas that lack earthworms, in order to ameliorate degraded areas of land and increase the production of plants in agricultural areas.

Scientifically, the earthworm is classified in the phylum Annelida, and it ranges in size from just a few millimeters to more than 3 feet in length, although most species measure a few inches in length.

One of the most obvious features of the earthworm’s body is its segmentation, which isn’t just an external feature, but also occurs through almost all of its internal structure. The anterior section of the earthworm, or the head, is made up of the prostomium, which is a lip-like extension situated in front of the mouth, which it uses to force its way into the soil.

Each of the segments in its body has hairy structures, known as setae, which can be extended as well as retracted, and are used for locomotion. The absence of other locomotive structures, apart from setae, enables the earthworm to burrow efficiently into the soil. Plus, there are glands in its skin which secrete mucus, which helps in keeping the earthworm lubricated, which again helps it to burrow easily through the soil, and also aids in stabilizing the casts and burrows.

The earthworm has no eyes; instead, it has cells that are sensitive to light, on its outer skin. These cells enable it to detect light as well as changes in its intensity. These cells are sensitive to chemicals and touch as well. This creature does not have any lungs either, and it breathes by oxygen being diffused in its body through the skin. The highly-permeable skin of the earthworm makes it susceptible to drying out easily.

The earthworm is hermaphroditic, similar to slugs and snails, having both female and male reproductive parts in its body. Usually, it does not self-mate. Two earthworms mate, and during the mating, they exchange sperm mutually. The egg cells, mature sperm, and nutritive fluid are placed in cocoons, which are made by the clitellum, which is a structure like a girdle that is located at the anterior portion of the earthworm’s body. The sperm then fertilizes the eggs inside the cocoon, which then is shed by the earthworm, being deposited either on or in the soil. After about three weeks, the eggs begin hatching, with about 2-20 hatchlings being produced by each cocoon, the average being 4. 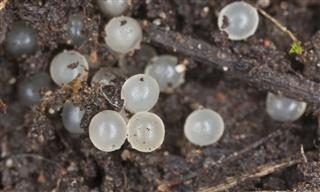 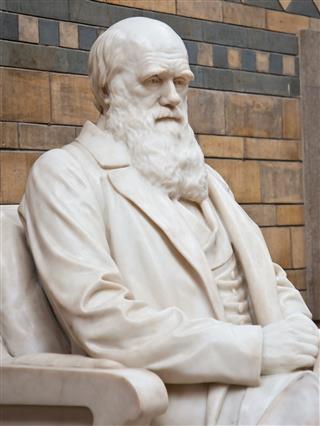