What is active transport process? How does it take place in a cell? Read on to know the answer to these questions. 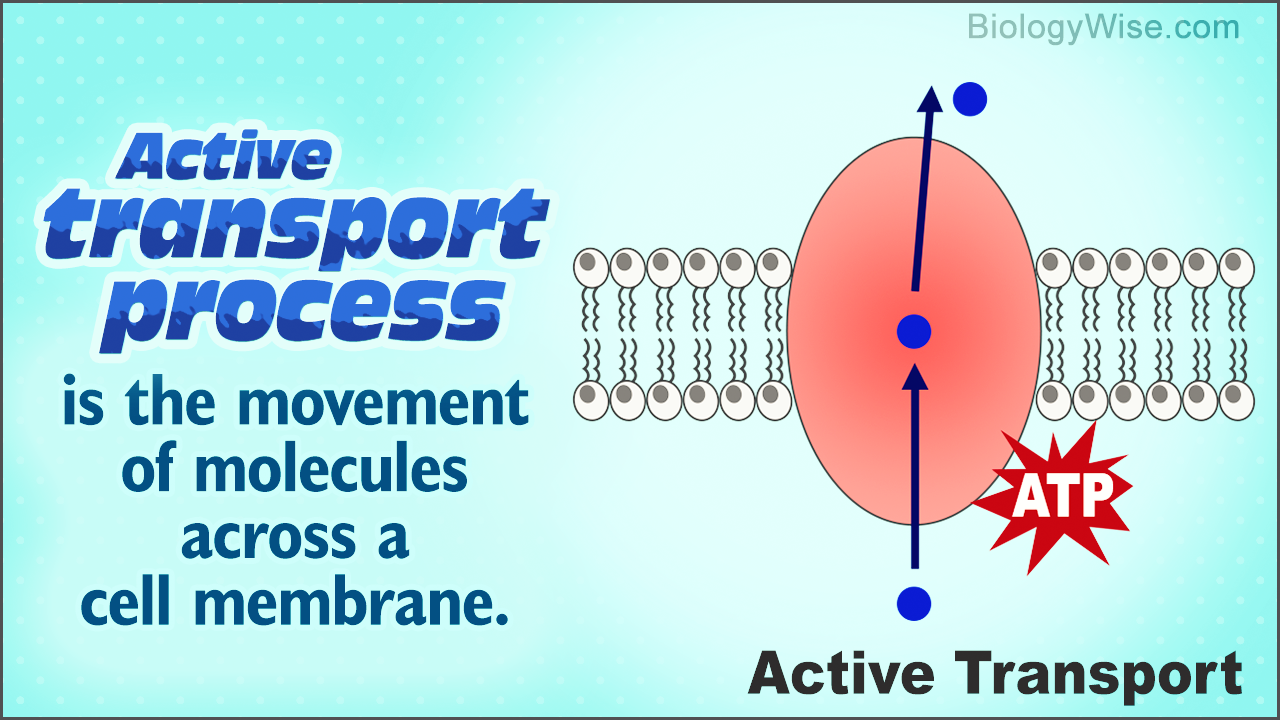 What is active transport process? How does it take place in a cell? Read on to know the answer to these questions.

The cell is a dynamic center where there are many processes and functions occurring simultaneously. For this purpose, there is need for substances and end products of metabolic processes to move in and out of the cell. Active transport process is the movement of molecules across a cell membrane in the direction against their concentration gradient, i.e., moving from a lower to higher concentration. Thus, this is an important process in cell biology that requires energy. In most cells, this is usually concerned with accumulating high concentrations of molecules in the cell which it needs, like ions, glucose, amino acids, etc. Active transport involves the transportation of substances from a region of its lower concentration to higher concentration. If the process uses chemical energy, such as that which is derived from adenosine triphosphate (ATP), it is termed as primary active transport in cells. On the other hand, secondary active transport involves the use of an electrochemical gradient. The main difference between active and passive transport is that the former uses energy, unlike the latter, which does not require any energy. Examples of active transport in humans are the uptake of glucose in the intestines and the uptake of mineral ions into root hair cells of plants.

What is Active Transport Process?

So, how does the process of active transport take place? When a substance has to be actively transported to and from a cell, there are specialized trans-membrane proteins that recognize the substance and allow it access across the membrane when it otherwise would not. This happens because either it is one to which the lipid bilayer of the membrane is impermeable or because it is being moved against the direction of the concentration gradient. The latter case, known as primary active transport, generally has proteins involved in it as pumps and uses the chemical energy of ATP. The other cases, which usually derive their energy through exploitation of an electrochemical gradient, are known as secondary active transport and involve proteins that separate to form channels or pores through the cell membrane to allow the passage of substances through it.

Sometimes, the system transports one substance in one direction, while at the same time co-transporting another substance in the other direction. This is known as “antiport”. “Symport” is the name given to a transport process where two substrates are being transported simultaneously in the same direction across the membrane. Antiport and symport are associated with secondary active transport, i.e., one of the two substances are transported in the direction of their concentration gradient, utilizing the energy derived from the transport of the second substance, generally a proton, down its concentration gradient.

Particles moving from areas of low concentration to areas of high concentration, i.e., in the opposite direction as that of the concentration gradient, require the presence of specific trans-membrane carrier proteins. These proteins have receptors that bind to specific molecules, like glucose, and thus transport them into the cell. As energy is required for this process to take place, it is known as active transport. Examples of active transport include the transportation of sodium out of the cell and potassium into the cell, which is carried out by the sodium-potassium pump.

Active transport is a very important process, as it is required by the cells to maintain their normal state of homeostasis. This process often takes place inside the internal lining of the small intestine. In plants, there is a need to absorb mineral salts from the soil, but these salts exist in a minimum concentration. Active transport enables these cells to take up salts from this dilute concentration against the direction of the concentration gradient.