ATP is the main source of energy in our body, but do you know what is ATP? Find the answer to this question with details about ATP functions and production in this article.

Home / Uncategorized / What is ATP 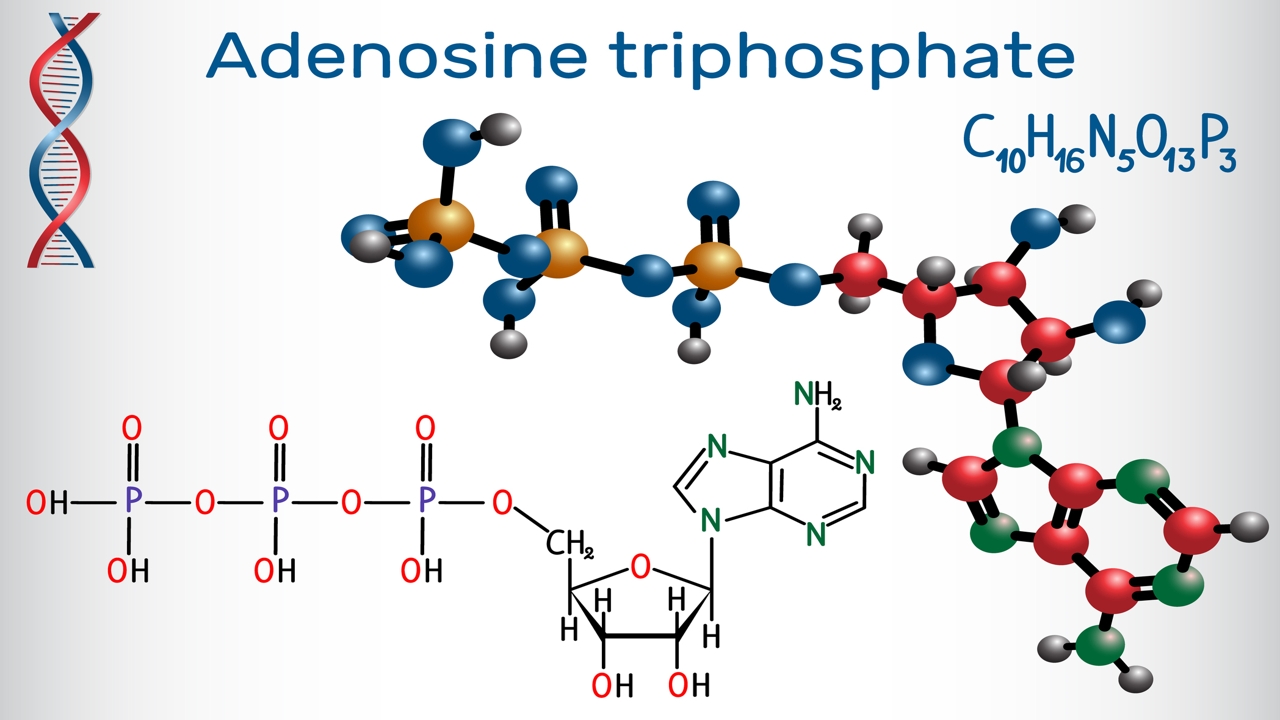 ATP is the main source of energy in our body, but do you know what is ATP? Find the answer to this question with details about ATP functions and production in this article.

Our body entirely depends upon the energy gained from the food we eat. The food undergoes many processes and then it finally releases ATP. ATP or Adenosine Tri-Phosphate is the energy unit of the cell. It is one of the most important and major energy sources of the body. It is used in almost all the functions and is produced by two major processes: glycolysis and the citric acid cycle (Krebs cycle).

But before understanding the production of these molecules you need to understand the structure and composition of the ATP molecule.

Structure of an ATP Molecule

The energy is stored in the P-P-P or the phosphate bond which is released when the bond is broken and ATP converts into ADP through the process of hydrolysis which is also known as dephosphorylation.

In the above reaction, ADP is Adenosine Di-Phosphate and Pi is inorganic phosphate. The reaction shows the breaking of ATP and the release of energy. The reaction can also be reversed and ADP can be converted to ATP but it will require the same amount of energy which is released during the process i.e. 30.6 KJ. This process is known as condensation or phosphorylation. This takes place because the ATP molecule is a very unstable and gets hydrolyzed very soon. The bonds between the phosphate group in the ATP molecule is weaker than the ADP molecule. Hence, we can say that the presence of one phosphate group can make a difference in the energy production and consumption of the molecule.

This is the first pathway of the human respiration. In this process, one molecule of glucose is transformed into two molecules of pyruvate which is used as the primary component in the next pathway. In the process, 2 molecules of ATP are released which are considered as heavy molecules as they have lots of energy. This energy is stored and is used by the body later.

After glycolysis, the next pathway is the Krebs cycle or citric acid cycle. Two molecules of pyruvate which were generated in the glycolysis are oxidized in this process which releases CO2. The ATP molecules are released in the form of side products and are absorbed by the mitochondria which then supplies energy to perform different tasks. This process also produces 2ATP molecules.

The ATP molecule is used for many purposes. ATP is an important molecule in metabolism as it holds a lot of energy which is used in many metabolic processes. ATP is an important part of photosynthesis and protein synthesis process. It is also used in muscle contraction and is very helpful in the transportation of molecules through membranes. This process is also known as active transport. They are also used in sending signals and in the process of DNA synthesis.

We hope this information will help you to understand the reason and process behind our energy levels and various functions conducted by these molecules.