The vacuole is crucial for overall functioning of plant cells and animal cells. This article highlights some basic vacuole facts that most of us are unaware of. Keep reading.

The vacuole is crucial for overall functioning of plant cells and animal cells. This article highlights some basic vacuole facts that most of us are unaware of. Keep reading.

Cells are classified into different types, based on the complexity and organism. Thus, there are simple prokaryotic cells that lack membrane-bound organelles, and advanced eukaryotic cells that contain the said organelles. In addition, cells are classified into plant cells and animal cells. Though both are eukaryotic, they differ in many aspects. Take the example of vacuole organelle, which is large and less in number in a plant cell, while it is small and present in large numbers in an animal cell.

All of us know that a cell houses various organelles, each of which are responsible for performing specific functions, either alone or in coordination with others. Vacuole is one of such organelle found in both eukaryotic and some prokaryotic organisms. Besides the size and number difference, the roles played by vacuoles in plant and animal cells vary significantly. For better understanding about this simple, yet essential cell organelle, vacuole facts and information are given below.

Vacuole is defined as a membrane-bound, enclosed cavity or compartment present in the cytoplasm of cells (plant cells and animal cells), in which water, nutrients and waste materials are stored. It is found in fungal cells, all plant cells and some types of bacteria, protists and animals. Considering the contents of vacuoles, they are often termed as fluid-filled compartments, but solid particles are also isolated. The fluid like substance that fills the vacuole in plant cells is called cell sap.

Shape and Size of Vacuoles

There is no specific shape or size of a vacuole. It occupies a large volume of a plant cell, as much as 80% (or at least 30% volume). If you examine a plant cell model, you will notice a large vacuole in the center, known as central vacuole. As a consequence of its position, the other cell organelles are pushed to the sides. On the other hand, two or more, small-sized vacuoles (called vesicles) are distributed along the periphery of the animal cell.

According to studies, the fusion of small-sized, membranous vesicles result in production of vacuoles. This holds true for the single, large central vacuole found in a matured plant cell. When such a cell is viewed under a sophisticated microscope, cytoplasmic strands are visible across the vacuole compartment. The membrane that separates vacuole from the remaining parts of the cell is scientifically known as tonoplast or vacuolar membrane. It is stretchable, and structure changes according to the requirements of the cell.

Roles of Vacuoles in a Cell

So, what does a vacuole do in a cell? The functions of this enclosed cavity vary according to the type of cell. However, its role is more pronounced in a plant cell, when compared to that of an animal cell. In plants, vacuoles play a direct role in seed germination, water storage and giving specific structure to foliage and blooms. Some of the general vacuole functions include storage, maintenance of turgor pressure, regulation of internal pH and isolation of metabolic waste.

Speaking about vacuole analogy, it depends upon the functions played by this organelle in different cells. For example, in a plant cell, it is responsible for storing water molecules and various nutrients. On the other hand, vacuole is the site for storing unwanted materials in an animal cell. Thus, vacuole analogy is more or less like a storage bin (precisely a refrigerator) in plant cells, and a trash can in animal cells.

Well, this was all about vacuole facts in terms of its anatomy, structure, function and analogy. In a single-celled organism like amoeba, digestion of the engulfed food particles takes place in the vacuoles. And vacuoles present in freshwater fish and similar organisms are known as contractile vacuoles. As the name goes, they extend or contract to get rid of excess water drawn inside the body during feeding and also, due to osmotic regulation. 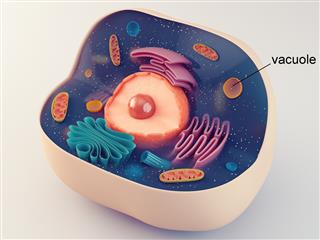 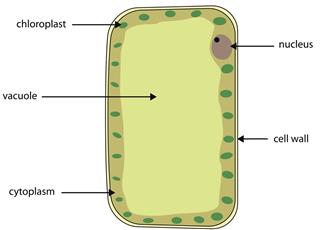 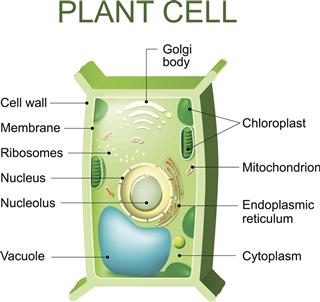