Cell division is an essential stage, and eventual result, of every organic cell cycle. Know more about the various different types of cell division from the following article. 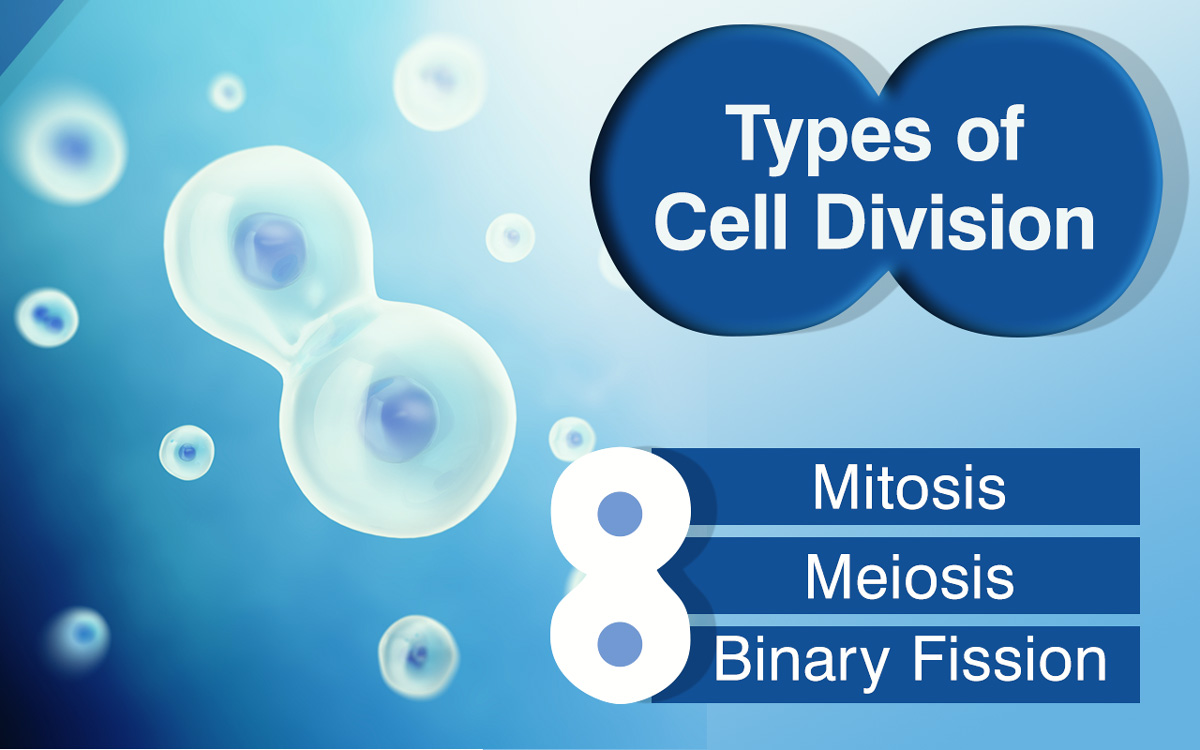 Cell division is an essential stage, and eventual result, of every organic cell cycle. Know more about the various different types of cell division from the following article.

Before we get to the part about the phenomenon or types of cell division, let’s take a closer look at the two basic types of organic cellular structures that exist in this world as we know it. A cell can be either prokaryotic or eukaryotic, based upon its structural makeup. Prokaryotic cells have a simple, very basic structure as they neither have cell nuclei nor are they equipped with cellular organelles enclosed within membranes. In other words, all genetic matter and other areas partaking in various cellular functions and metabolic activities exist in free states within the cellular boundaries. Eukaryotic cells, on the other hand, are the more evolved, hi-tech counterparts of prokaryotic cells. They have all things that prokaryotic cells lack – cell nuclei holding all the genetic matter of the cells inside them, separate membrane bound organelles that have exclusive and specific tasks assigned to them (such as mitochondria, Golgi apparatus, chloroplasts, etc.), etc.

As you must have guessed by now, the more complex an organism is in terms of its physical structure and physiological functions, the more it is likely to have a eukaryotic cellular structure. This fact is evidenced by the fact the simplest of all life forms such as bacteria and archaea belong to the prokaryotic domain of biological classification. Now that the particulars of the two basic cellular structures have been discussed, let’s move ahead to the next segment and take a look at what the various different types of cell division are.

What are the Different Types of Cellular Division

Both prokaryotic and eukaryotic cells undergo cell division where a single cell splits into two after it has reached the last stage of cellular growth and development. This is the only way new cells are created to replace dead and damaged cells in the body. However, the modus operandi of such cell division is different in prokaryotes and eukaryotes. Each prokaryotic cell undergoes binary fission to divide into two daughter cells while a eukaryotic cell can either undergo mitosis or meiosis to split and differentiate, depending upon its particular specifications and functions. Let’s take a quick look at all three ways in which different types of cells divide and, as a result, multiply in number.

In binary fission, the genetic matter, which floats freely within the cellular boundary, replicates itself after a replication bubble forms at the single genome sequence that is present in prokaryotic cells for this purpose. A DNA double strand is formed at the origin of replication and this is separated by the replication bubble and each strand goes on to become replicas of each other and are ready for synthesis inside daughter cells. After the DNA is replicated, each strand becomes separated as the two copies attach themselves to the cell wall and the cell stretches in length. This tears the two strands away from each other and as the cell elongates further to separate at the mid section, each DNA strand gets trapped in each half of the splitting cell. As the cell splits completely, each half becomes a separate daughter cell, individually equipped with all genetic information it needs to initiate the cell cycle all over again.

Eukaryotic cells divide by undergoing mitosis, which is, somewhat similar to binary fission insomuch as the splitting of one cell into two identical daughter cells is concerned. The difference lies in the complexity of the process and the number of stages a eukaryotic cell goes through to split into two complete, individual daughter cells. Owing to a more complex structure and the presence of a number of specialized organelles, eukaryotic cells go through a number of stages that involve preparation of the parent cell for division, division of the nucleus and all of its genetic matter and chromosomes and division of all organelles, cytoplasm and the cell membrane into two distinct stack, followed by the eventual division of the cell into two compartments, each compartment containing exactly the same set of genetic matter and cellular components. The various stages of mitosis include interphase, prophase, metaphase, anaphase and telophase. The stage where mitosis ends and both cellular compartments containing identical sets of cellular components separate from each other is known as cytokinesis.

Meiosis is the type of cell division that occurs in eukaryotic organism specifically for the purpose of sexual reproduction. During meiosis, each diploid cell, containing two sets of chromosomes, divides into two haploid cells, containing just one set, wherein each daughter cell has just half the number of chromosomes the parent cell had. The diploid parent cell is actually the germ line cell which differentiates into the haploid gametes or specific male or female sex cells. The haploid cells thus formed in males are called sperms while those in females are called ova or egg cells. On fusion of one male gamete with a female gamete in due course of a successful fertilization, a diploid cell forms which further divides and differentiates to become the offspring or fetus. Meiosis is different from mitosis insomuch as the cell division takes a reductive splitting course and it stops once gametes are formed. The cell division and specialization process resumes after fertilization has taken place in order to aid the formation and development of the embryo into a fetus.

These are the three different ways in which different types of cells split and multiply. Both binary fission and meiosis take place for the purpose of reproduction in an organism. However, while binary fission facilitates asexual reproduction, meiosis is necessary for sexual reproduction. Mitosis takes place throughout a eukaryotic organism’s lifetime as a means of replacing dead and damaged cells. Here’s where I sign off, hoping you found this article useful and easy to understand. 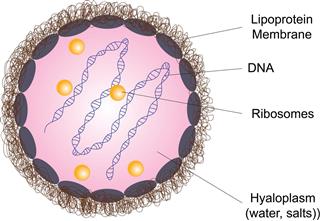 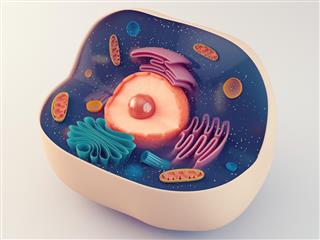 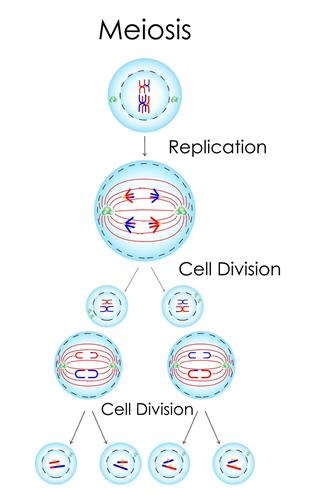 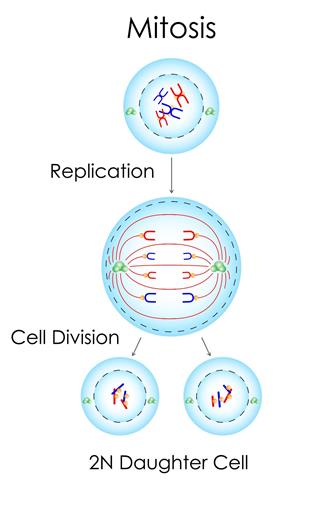