Structure and Function of Sertoli Cells in Spermatogenesis

Sertoli cells line the seminferous tubule and assist in the proper spermatogenesis. This BiologyWise post explains the structure and the various functions these cells perform.

Home / Uncategorized / Structure and Function of Sertoli Cells in Spermatogenesis 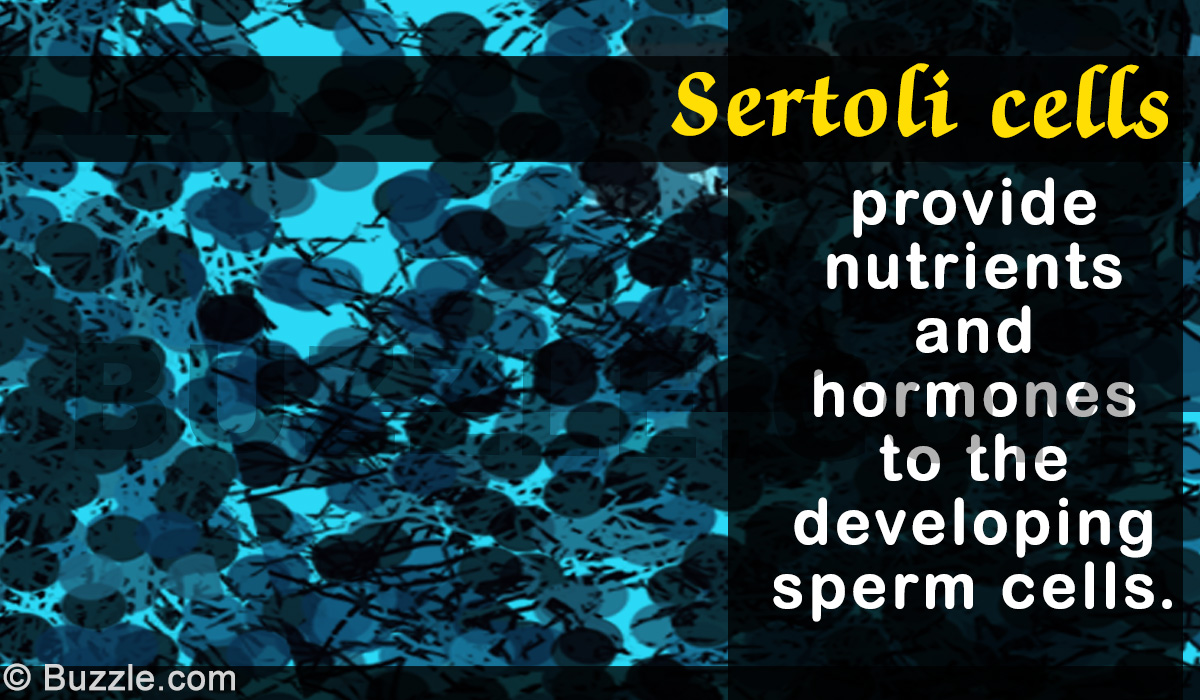 Sertoli cells line the seminferous tubule and assist in the proper spermatogenesis. This BiologyWise post explains the structure and the various functions these cells perform.

Sertoli cells were named after Ernico Sertoli, an Italian physiologist who was the first to describe these cells in 1865, while studying medicine at the University of Pavia.

Males undergo the process of spematogenesis, which ultimately gives rise to matured sperm cells or spermatozoa. This process takes place in the seminiferous tubules located in the testes of the male reproductive system. The seminiferous tubule is lined with spermatogenic cells and Sertoli cells.

◆ Spermatogenesis is an ordered series of processes which give rise spermatozoa from precursor or primordial germ cells. The precursor cells, also known as spermatogonia, undergo the process of mitosis to give rise to primary spermatocytes.

What is the Structure of Sertoli Cells 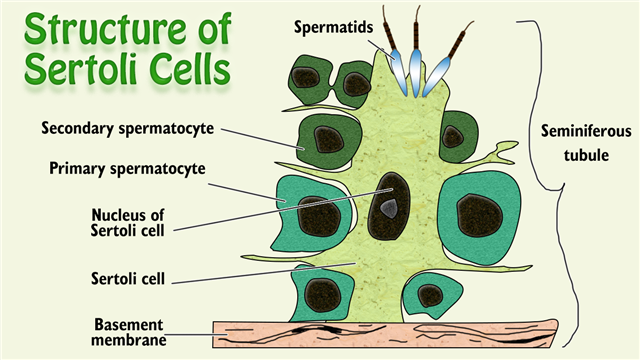 ◆ Sertoli cells, or sustentacular cells, along with spermatogenic cells line the seminiferous tubule. These cells are in direct contact with each other, and therefore, the developing spermatocyte is in direct contact with the Sertoli cells. Sustentacular cells are basically columnar epithelial cells that are pyramidal in shape. Their cell shape is sometimes compared to that of a Christmas tree.

◆ These cells extend from the basement membrane to the lumen of the seminiferous tubule and possess cytoplasmic processes that are not easily distinguishable. The nuclei of these cells are usually oval and irregular with a number of folds. They are oriented perpendicularly to the basement membrane. The cytoplasm in these cells is usually stained easily with eosin, indicating that it is basic in nature. Sometimes, droplets of fat are seen to be dispersed in the cytoplasm.

What is the Function of Sertoli Cells

#Forming the Blood-Testis Barrier
These cells form a partition that separates the blood in the interstitial region from the lumen of the seminiferous tubule (known as the adluminal compartment). The barrier is required to prevent blood to come in contact with the newly synthesized genetically distinct spermatozoa, and thus, prevent a certain immunological attack on them. Sertoli cells also control the entry and exit of nutrient and various hormone into the tubule.

In addition to this, these cells are also required to provide an environment conducive for the growth of spermatogonial stem cells.

#Secretory Functions
Sertoli cells synthesize almost sixty secretory protein that function in spermatogenesis.
Here are some of the protein they secrete:

Androgen-binding Protein: It is a glycoprotein that binds to hormones like testosterone, dihydrotestosterone, and estradiol. This protein is required for maturation of sperm cells.

Anti-Müllerian hormone: It is a protein that inhibits the formation of the Müllerian ducts, and thus helps in the prevention of development of female reproductive organs in the male embryo.

Estradiol: Although it is a female sex hormone, it is secreted by the Sertoli cells to prevent the apoptosis of the spermatozoa.

Inhibins and Activins: These are protein cells required to regulate the level of Follicle Stimulating Hormone.