A start codon is the starting point of translation in a cell. Read the following article to gain more information about this subject. 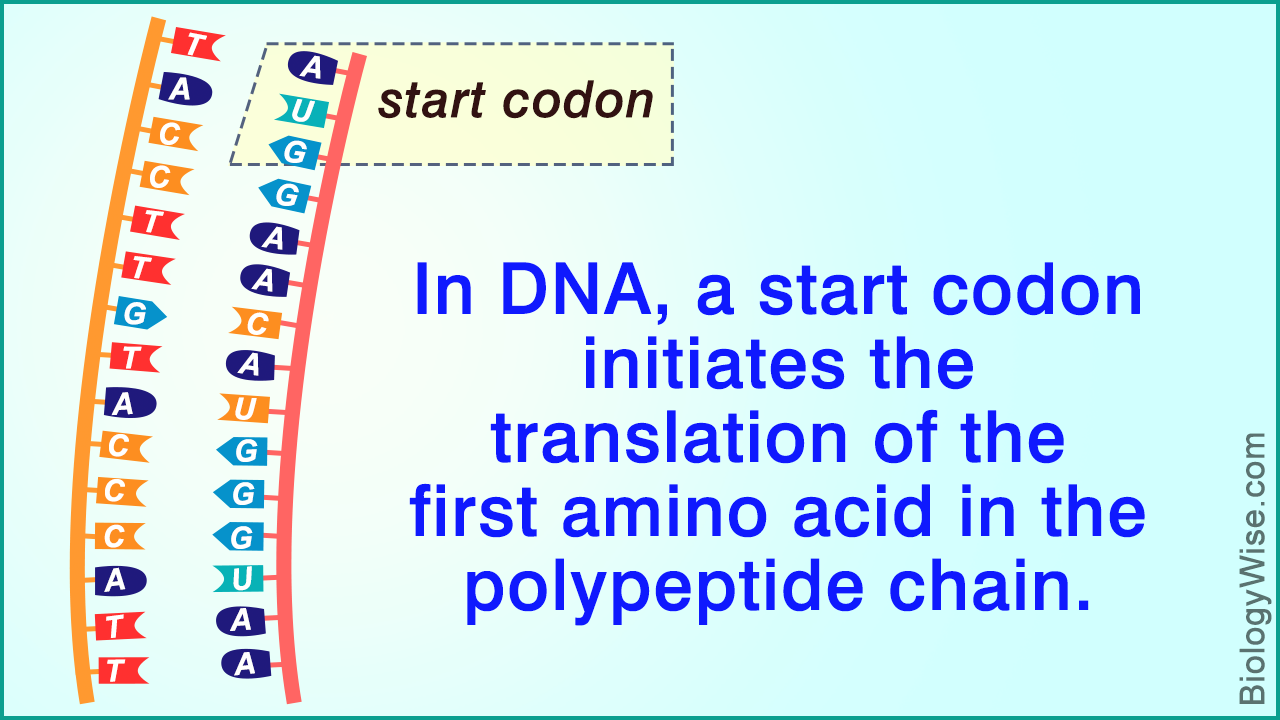 A start codon is the starting point of translation in a cell. Read the following article to gain more information about this subject.

What is a Codon?

A codon is a kind of genetic code, which is a set of rules, by which certain information is encoded in the genetic material that may be either DNA or mRNA sequences, from where it is translated into proteins. These proteins consist of amino acids that are strung together in a specific sequence. Any change in this sequence signifies a change in the coding; this is normally seen in cases of genetic mutations. Each codon is made up of three bases, which are codes for a single amino acid, and they form a mapping that is encoded in the tRNA of the organism. Altogether, there are four bases that are present in the DNA: adenine, cytosine, guanine, and thymine.

What is a Start Codon?

A start codon in DNA initiates the translation of the first amino acid in the polypeptide chain. The first three bases of the coding sequence of mRNA to be translated into proteins, is where the initiation codon is located. This is an important structure, because the actual protein sequence that is translated is defined by a start codon. The initiation codon is almost always preceded by an untranslated region called 5′ UTR, which is also known as the leader sequence. It is a particular section of mRNA, which starts at the +1 position. This is the region where transcription begins and ends, just before the codon start of the coding region.

This is usually the first AUG codon in the mRNA sequence. Additionally, in cases of DNA start codons, the material typically consists of the ATG codon bases. It is only in very rare cases that higher organisms, i.e., eukaryotes, have non AUG initiation codons. However, in addition to AUG, there also are certain alternative ones like GUG and UUG. These are seen in lower and less differentiated organisms, i.e., in prokaryotes. For example, E. coli uses ATG (AUG) 83% of the time, GTG (GUG) 14% of the time, and TTG (UUG) 3% of the time. One or two others, like ATT and CTG, are seen very rarely. Every time, there may not be the same start codon even within the same species. Bacteria and archaea have UUG and GUG as their initiation codons on most occasions. However, it has been seen that in certain rare cases, specific proteins may use alternative initiation codons, which may not be used by that species.

All start codons code for methionine, as this is the first amino acid that is coded during protein synthesis. Even if alternative initiation codons are present, it eventually does get translated as methionine, even if the codon present normally does encode for a different amino acid. This happens because a separate tRNA is used for initiation in such cases. Translation starts with chain initiation or start codon. There is one major difference between start codon and stop codon. Unlike the later ones, the former alone are not sufficient to begin the process of protein synthesis. Nearby sequences and certain initiation factors are also required to the start the process of translation.

In cases of start codon mutation, as usual, the mutated mRNA would be shunted to the ribosomes, but the translation would not take place. This is because an initiation codon is responsible for starting translation, not a transcription start codon. Hence, it cannot necessarily produce proteins, as this codon lacks a proper nucleotide sequence that can act as a reading frame.

The information provided above is a brief insight into the start codon structure, function, and what happens when there is mutation of this initiation code. This codon plays a pivotal role in translation, and hence, it is a very important component of the genetic composition of every cell.