What is a starfish, and how are its internal organs placed? Read on to know more about the anatomy of these weird animals... 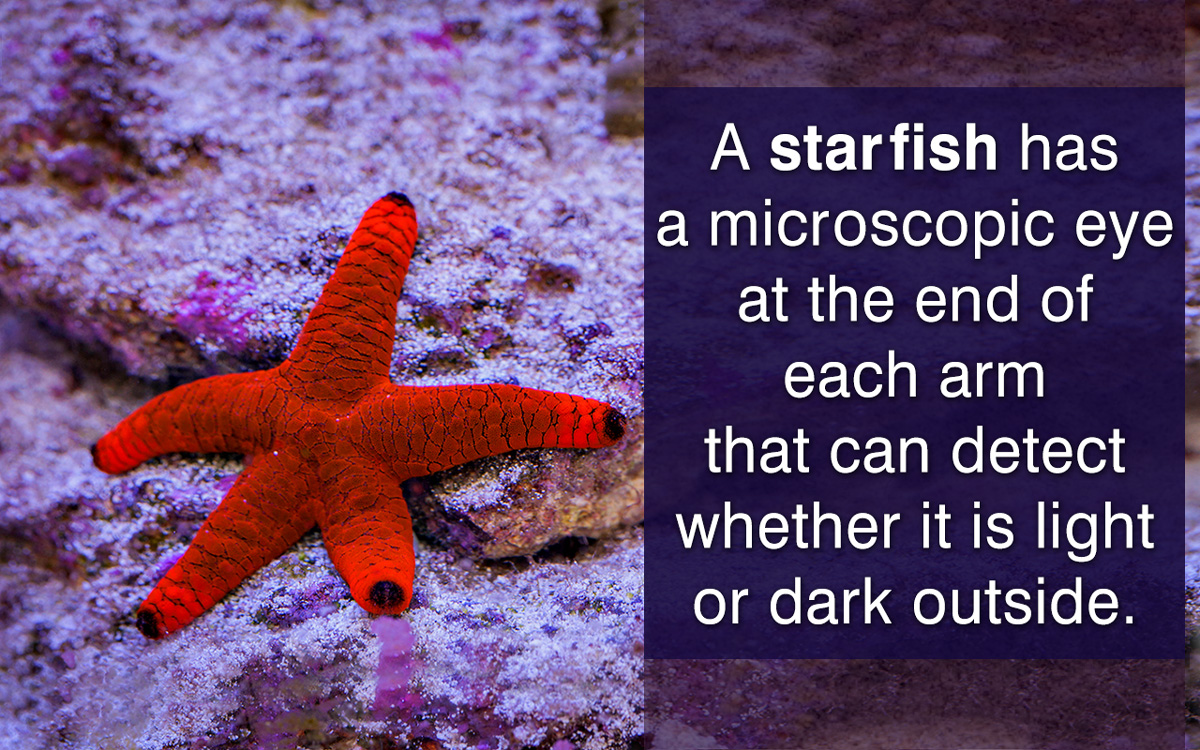 What is a starfish, and how are its internal organs placed? Read on to know more about the anatomy of these weird animals… 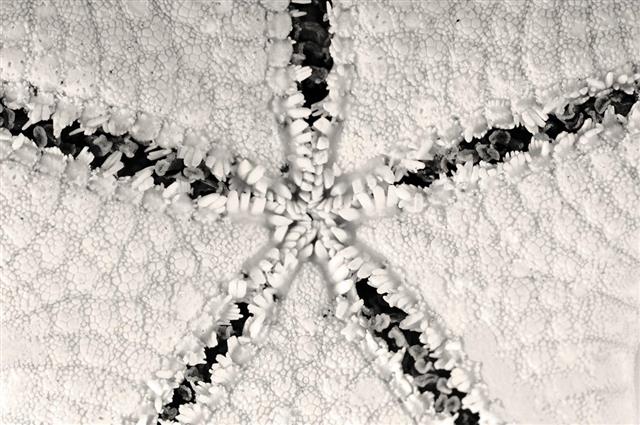 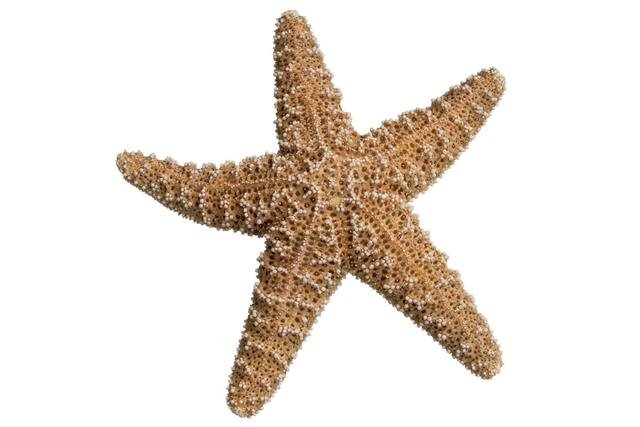 Anatomy is the study of the internal and external structures present in an organism. Starfish are echinoderms, and belong to the class Asteroidea. This species is also known as ‘sea star’. These are found in the Pacific, Atlantic, Indian, and even the Arctic and Southern oceans. They are an important part of marine ecology, and are one of the most familiar marine animals. They possess many well-known traits, like regeneration and pentaradial symmetry. Given below are some details regarding starfish anatomy.

Starfish express pentamerism, that is, pentaradial symmetry. Most species have five arms, or ‘rays’, radiating from a central disk, although several species have six or more arms. At the end of each arm is a microscopic eye, known as ocellus, that helps the animal to differentiate between light and dark, and is useful in detecting movement. Their bodies are composed of ossicles, which are made of calcium carbonate. These form the endoskeleton, which takes on various forms that are externally expressed as a variety of structures, such spines and granules.

The architecture and individual shape or form of these plates, which occur in specific patterns or series, as well as their location, are the source of morphological data that is used to classify the different groups within Asteroidea. The terminology in starfish anatomy is usually based in reference to the mouth, to avoid an incorrect assumption of homology between the dorsal and ventral surfaces. Thus, the bottom surface is referred to as the oral or the actinal surface, whereas the top surface is referred to as the aboral or abactinal side.

The madreporite is a structure that can be easily identified as a faint circle located slightly off-center on the central disk. This is a porous plate whose function is, at least in part, to provide additional water for the animal’s needs, including replenishing water to the vascular system. Something that is peculiar to anatomy of a starfish is what is known as pedicellariae. These are small bear-trap or valve-like structures that are seen in certain groups. These can occur all over the body, or may occur in tufts at the base of each spine. These structures are thought to aid in defense or in feeding. Some species use these structures to capture and kill prey.

The mouth is located on the underside of the body. It opens, via a short esophagus, into a cardiac stomach, which then leads into a second, pyloric stomach. Each arm of the starfish also contains two pyloric caeca, long hollow tubes branching outwards from the pyloric stomach. A short intestine runs from the upper surface of the pyloric stomach and opens at the anus in the center of the upper body. Waste is excreted through the anus on the aboral or abactinal side of the body.

Starfish have a rather complex nervous system, but lack a true central brain. As is common to all echinoderms, starfish have a network of interlacing nerves, called a nerve plexus, lying below and within the skin. Although the echinoderms do not really have a well-defined sensory input, they are sensitive to touch, light, temperature, orientation, and the condition of the water around them. Many starfish also possess individual photoreceptor cells all over their body, which help them respond to light even when their eyespots are covered.

They also possess a hydraulic vascular system that helps them in locomotion. The water vascular system has many projections known as tube feet that emerge through openings inside the endoskeleton.

These were the salient points about the anatomy of starfishes. 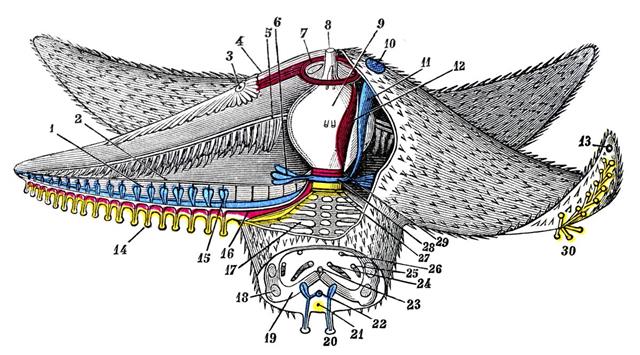