Amoeba propels itself by changing the structure of its body. We have explained the process in a way that would be easy for you to understand. Keep reading...

Amoeba propels itself by changing the structure of its body. We have explained the process in a way that would be easy for you to understand. Keep reading… 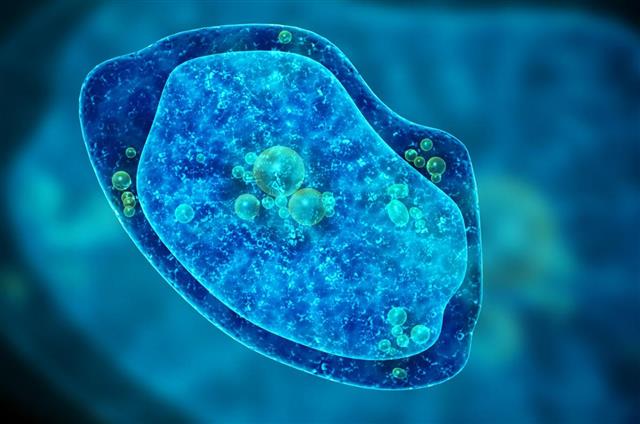 The scientific name of the most commonly found Amoeba is Amoeba proteus. It is interesting to know how an amoeba moves itself because the process is completely different from normal locomotion process of other living beings. An amoeba propels itself by changing the structure of its body. Basically it’s the cytoplasm and its variation in composition that aid in locomotion of the organism. Amoeba also extends the sides of its body to give rise to special structures known as pseudopodia, which enable it to “drag” itself.

An Overview of Movement of Amoeba

The typical type of movement that an Amoeba exhibits is also called “amoeba-like movement”. The entire process is dependent on its anatomy and is based on a scientific theory, known as Sol-Gel theory. You first need to study the Sol-Gel theory in order to understand its movement.

Explaining The Sol-Gel Transition
The cytoplasm present inside the cell is capable of changing into different forms viz. from fluid to solid and vice versa. When the cytoplasm is in fluid state, it is known as plasmasol and when in solid or gel like state, is called the plasmagel. The interchange of these two states, i.e. from plasmasol to plasmagel is known as Sol-Gel theory, which is responsible for movement of amoeba.

Amoeba is capable of propelling itself only when its cytoplasm is in fluid state. First the amoeba attaches itself to a substrate. In the advancing end of its body, an ectoplasm is formed. Immediately the plasmasol flows through the center of the body towards the advancing end. Movement takes place when plasmasol flows. The plasmasol then gets converted to plasmagel by losing water. Locomotion stops at this stage as the cytoplasm becomes solid. This interchange of sol to gel is known as the sol-gel theory. Now, when the amoeba needs to propel itself once again, the gel transforms itself to sol by obtaining water from its uroid end. The process of formation of sol and gel is known as solation and gelation, respectively.

Formation of Pseudopodium
An amoeba forms protuberances from its body. These tentacles like extended structures, known as pseudopodium not only aid in locomotion but also helps in capturing preys. The number of pseudopodia they form ranges from one to a dozen. When the plasmasol flows towards the advancing end, the pseudopodium also extends and the amoeba drags itself. The pseudopodium is also connoted as false feet and it can develop from any part of the body. It grows in size and engulfs its prey by a technique known as phagocytosis. They shrink when phagocytosis is over. This way formation of pseudopodium and sol-gel transition enable it to move.

I hope you have been sufficed with the information you have been looking for regarding movement of amoeba from the content of this article. Despite being so tiny, it performs everything aptly. However, till date substantial research is going on to decipher other characteristic traits and mechanisms of amoeba. 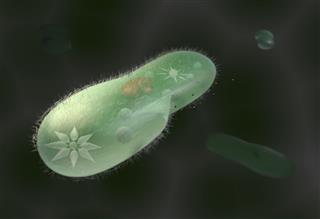 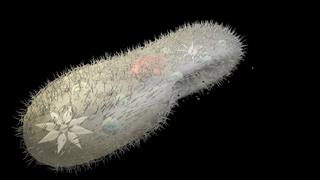 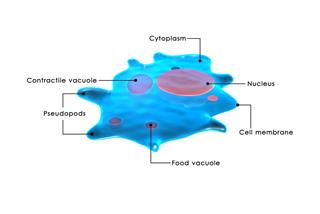 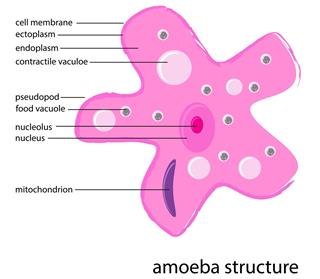 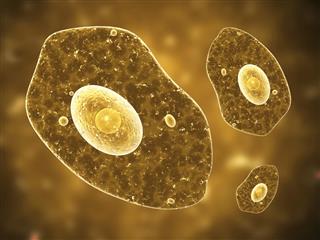 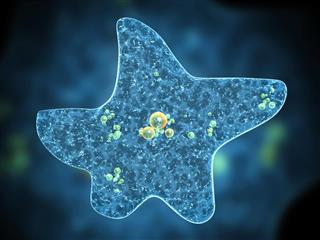