A Simple Definition and Prominent Examples of Stabilizing Selection

Stabilizing selection is the process by which the intermediate form of a trait in an organism is selected and given preference over the extreme forms of that same trait, in order to maintain that common and adapted form in the population. 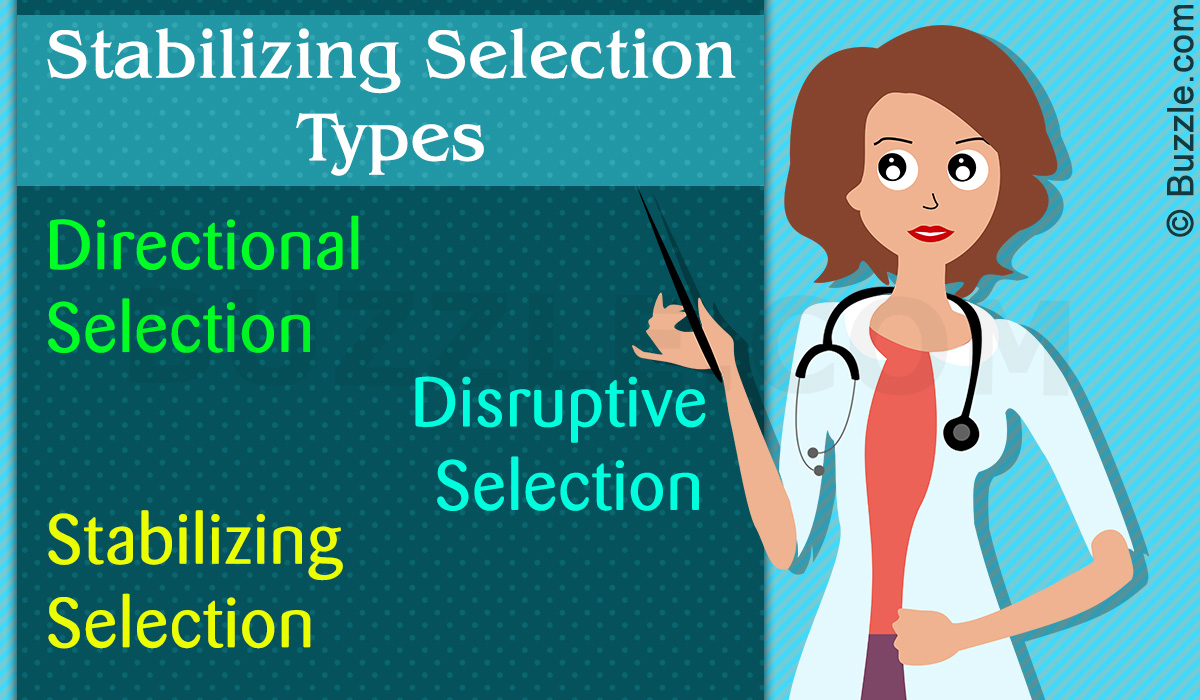 Stabilizing selection is the process by which the intermediate form of a trait in an organism is selected and given preference over the extreme forms of that same trait, in order to maintain that common and adapted form in the population.

Stabilizing selection is the only type of natural selection that does not result in an adaptive change and/or evolution.

Natural selection is the gradual process by which the evolution of organisms occurs. If it is classified based on the observed effect on a particular trait, it can be divided into three distinct types, which are as follows.

Directional selection involves the selection of one extreme of any given trait over the other forms of the trait. It occurs when an organism experiences a change in its environmental conditions. Disruptive selection, on the other hand, involves favoring the extreme forms of a trait against the intermediate forms, thereby dividing the overall population into two distinct groups. Its occurrence depends on various factors involved in the species-habitat interaction. Stabilizing selection is the exact opposite of disruptive selection, as it favors the intermediate form of a trait against the extreme forms. It causes a reduction in the variation observed in the expression of that trait and allows the propagation of the intermediate, most adapted trait in the population. Over the course of time, this intermediate form becomes more and more common in the population, while the extreme forms become less common, till they are eventually lost.

❍ Stabilizing selection is defined as a type of natural selection that favors the propagation of the average or intermediate phenotype in a population, while actively selecting against the extreme phenotypes. It favors the major phenotype in a population that is well adapted to the environment. The quality of being average and well-adapted implies that it has been time-tested and has been proved as the most reliable and hardy phenotype, hence proving to be an advantage towards the survivability of the organism. This is the most common method of natural selection and takes place in all animals and plants.

❍ This type of selection, however, works to reduce the genetic diversity of the population, since the loss of extreme phenotypes also implies the loss of the genes and alleles coding for those phenotypes, it also conserves the form and functions of the phenotypic traits of the organisms over a period of time. This is evidenced in the unchanging anatomy of sharks and ferns. In most cases, this type of selection occurs for traits that are polygenic in nature, i.e. they are coded for by more than one gene. The interactions between these genes, give rise to various phenotypic outputs, of which the most adapted and common phenotype is actively selected. The other phenotypes are controlled by blocking the expression of a few select genes or by masking the expression of those genes.

❍ If a graph were to be drawn for such a selection, the distribution of traits in the original population would be represented by a normal bell shaped curve that showed a gradual increase followed by a gradual decrease in the incidence of a trait. If this curve were to undergo stabilizing selection, the selective forces would exert pressure over the extremities, and modifying the curve such that the narrow ends at both ends of the curve are eliminated, while the curved center is enhanced, giving rise to a tall and narrow curve. The narrowness implies the loss of the extreme phenotypes and the tallness of the curve indicated the increased incidence of the common/intermediate phenotype in the given population.

❍ This change in the shape of the curve can be explained by the example of coat hair color in rats. Consider a species of rats with a gradient of coat colors ranging from light brown, brown to dark brown, that inhabit a dense forest. In such a scenario, the forest floor would be covered with fallen and dried twigs and leaves and other sundry objects, causing the floor to gain a brownish appearance. Here, the intermediate rats with the brown coat color would escape detection by predators as their coat color would blend in with the color of the forest floor, thus acting as a sort of camouflage. However, in the case of the light and dark brown colored rats, their presence would be apparent and obvious, causing them to be easily preyed on. This would lead to an eventual decline in the prevalence of those phenotypes, leaving behind only the common and the most adapted phenotype of the brown coat in the population of the rats, thereby exhibiting stabilizing selection.

❍ The clutch size of birds is limited to a specific number of eggs to allow maximum survivability of the offspring. If the number of eggs are less, predation or affliction with a disease can easily wipe out the entire batch. Alternatively, if the clutch is too big, the large number of eggs will lead to the presence of more chicks to be fed, but the parent birds can only bring back a limited amount of food in their beaks, thus causing the chicks to starve and become malnourished. This is seen in the case of Robins.

❍ The Siberian Husky is a breed of dogs that is well-suited to navigating dense snow-clad areas, due to its strong and well-defined pectoral and leg muscles. If these muscles were heavier, they would cause the dog to sink into the snow, and cause it to move slower or get stuck in the snow. On the other hand, if its muscles were any lighter, it would not be strong enough to pull sleds and other such equipment, rendering it quite useless as a working snow dog. Hence the muscle strength is an example of stabilizing selection.

❍ In the case of cacti, those with low spine-numbers are consumed by peccaries (wild, pig-like animals), causing the cacti to produce variants with high spine-number. But these too are not safe from consumption, as a parasitic insect prefers this variety of cacti for laying its eggs at the base of the spines. When these eggs hatch, the larvae feed on the fleshy stem of the plant and destroy it while completing their life-cycle. In order to prevent the decline of the cacti population, stabilizing selection eliminates the two extreme forms, leaving behind the intermediate form with the average spine-number, that just survives both types of predators.

❍ In case of flowers, moderate length of the nectary is selectively favored. If it is too long, the insect will not be able to reach into it, whereas if it is too short, the insect won’t come in contact with the anthers, and hence pollination would be hindered.

Despite the widespread occurrence of this type of selection, it is difficult to study due to the fact that its detection is highly complex. In order to determine whether a selection is the example of a stabilizing selection, one would have to study the mean and variance of traits in a population, the fitness of all the different naturally-occurring phenotypes, and the relation between the fitness values and the trait prevalence.