Here are the Basic Differences Between Phagocytosis and Pinocytosis 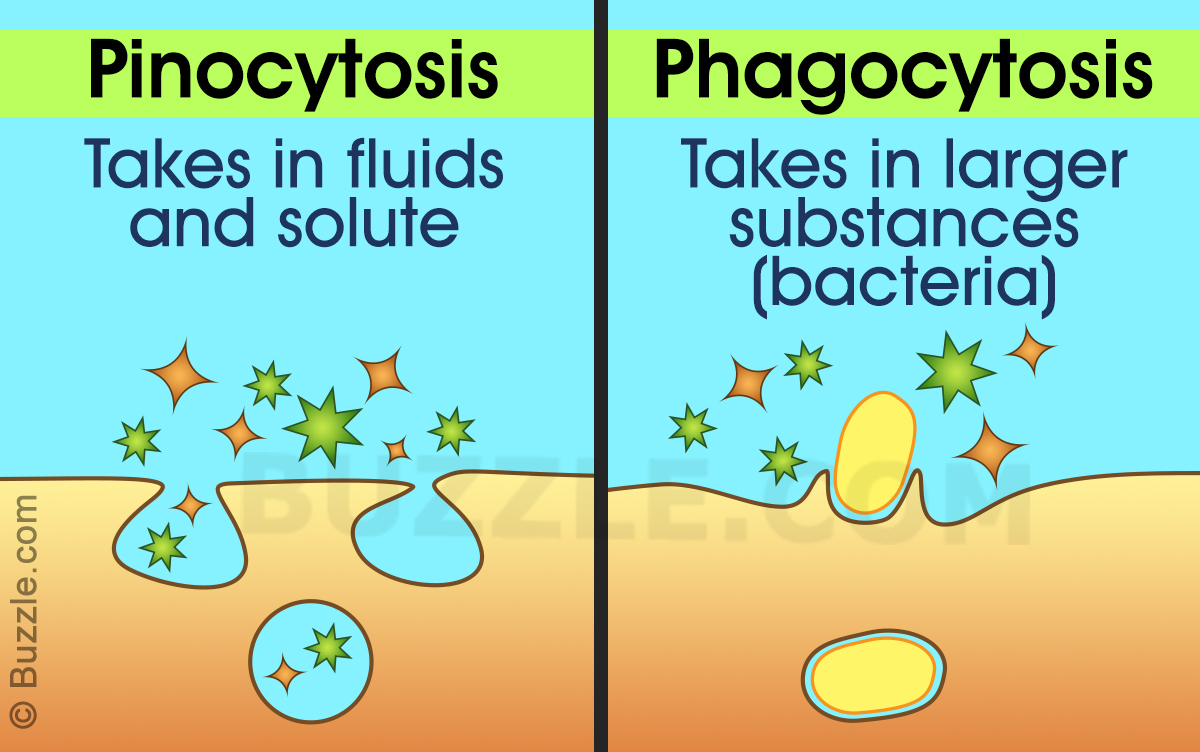 Phagocytosis and pinocytosis are different mechanisms of endocytosis, but what is the difference between them? BiologyWise gives you a detailed account of phagocytosis vs. pinocytosis.

Phagoptosis is the process by which a cell is phagocytosed by another cell. This process usually takes place when the other cell is stressed, damaged, old, cancerous, infected by virus, or foreign.

Cells take in large polar molecules, protein, sugars, etc., through their hydrophobic cell membrane by the process of endocytosis. This is an energy-consuming process. It is required by the cell to perform a number of functions such as recycling the surface receptors, importing extracellular molecules into the cell, as well as engulfing and degrading various pathogenic agents from the surrounding of the cell.

An endocytic pathway involves internalization of molecules via invagination of the cell membrane and then pinching off to form the early endosome. This early endosome forms the late endosome, which then forms the lysosome. Endocytosis can be classified into three types: phagocytosis, pinocytosis, and receptor-mediated endocytosis. In receptor-mediated endocytosis, there is internalization of molecules that bind to cell receptors specific for that molecules.

We will discuss phagocytosis and pinocytosis in detail now.

What is the Difference Between Phagocytosis and Pinocytosis?

Although phagocytosis and pinocytosis are basic mechanisms of endocytosis, there are a few differences between them.

Phagocytosis: It is the internalization of larger, extra-cellular, solid particles, such as bacteria, from the surrounding medium. It is sometimes referred to as ‘cell eating’.

Pinocytosis: It is the internalization of extracellular fluids along with its solute molecules from the surrounding medium. It is sometimes referred to as ‘cell drinking’.