Sea urchin reproduction may look very simple, but it's a complicated process. The following article will cover the reproduction and growth cycle of these echinoderms.

Sea urchin reproduction may look very simple, but it’s a complicated process. The following article will cover the reproduction and growth cycle of these echinoderms. 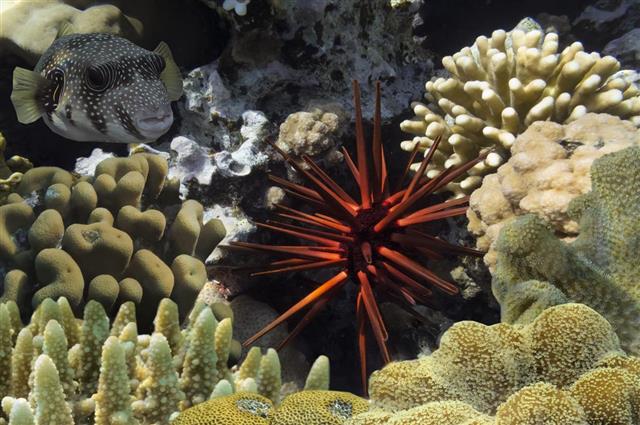 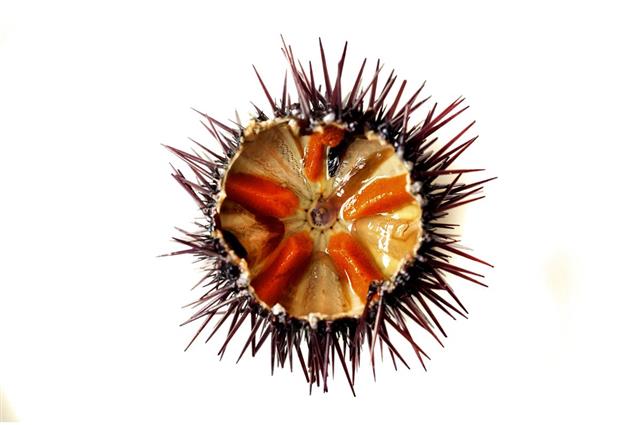 Sea urchins are marine invertebrates that live on the rocky sea floor. They are found in shallow sea water as well as the deepest ends of the oceans. Sea urchins belong to the class Echinoidea and phylum echinoderm. There are over 800 species of sea urchins found in waters around the world. The red sea urchin is the biggest of them all and is about 7 inches in diameter. They move rather slowly and feed on algae. These invertebrates are hard shelled, globular and spiny in structure. Judging from their odd physical shape, one tends to wonder about the sea urchin reproduction system. We shall have a look at reproduction in sea urchins in this BiologyWise article, but before that let’s go through some information on sea urchins.

An Overview on Sea Urchins

Sea urchins have a five sided radial symmetry. Their skin is hard and made of chitinous shell known as ‘test’. Their body is globular in shape covered in long spines which help protect the urchins from predators. The mouth is in the center of the oral surface in regular urchins. Their lips are made of soft tissue with embedded bony pieces. There are five paired rows of tiny feet with suckers that help in locomotion, capturing food, and holding on to the sea floor. These animals do not have a brain. The anus and genital pores are on the top of the body.

Sea urchins are dioecious animals. This means that the male and female sexes are separate. However, one cannot actually differentiate between the two easily. In regular sea urchins, there are five gonads. Some irregular forms of urchins have just four gonads. The eggs and sperm are released from the five gonads lying on the underside of the mouth.

Sea urchins are mass spawner’s and spawn together which may be due to the presence of certain components in the water like growth of plankton. Sea urchins are external fertilizers, they do not carry out internal fertilization. This is done by the males who release their sperms in water that gives a cue to the female to release millions of tiny, jelly-coated eggs. The eggs and sperms collide with each other and fertilization may take place. Only 10% to 40% of the total gonads released are actually fertilized.

Once fertilization is complete, the fertilized egg begins to divide and multiply rapidly. By this time, six divisions are complete within 3 hours, and a blastula hatches. This blastula is a ciliated larva that forms the zooplankton. The first organ to be formed on the larvae is the anus and then comes the mouth. At this stage, the larvae is called a gastrula. After about a week, it forms a rudimentary skeleton with two long arms that help push food inside the mouth. The larvae is now called a pluteus at this stage. In a month’s time, the pluteus begins to sink to the ocean floor. It buries itself in the sand and undergoes a full-fledged metamorphosis. It begins to appear like an adult sea urchin and will continue to grow for a few years. After about 5 years, it achieves sexual maturity and will start undergoing reproduction.

As you can see, it is not easy to produce babies, especially in case of external fertilization. In order to make sure maximum gonads undergo fertilization, sea urchins undergo mass spawning. Once fertilization occurs, the baby sea urchin will continue with its life cycle. 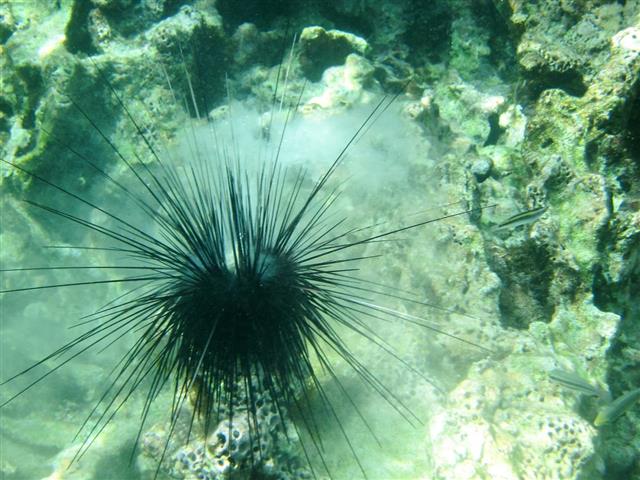