As compared to a typical freshwater or marine fish, the life cycle of salmons is very interesting. It comprises six stages: egg, alevin, fry, parr, smolt, and adult. 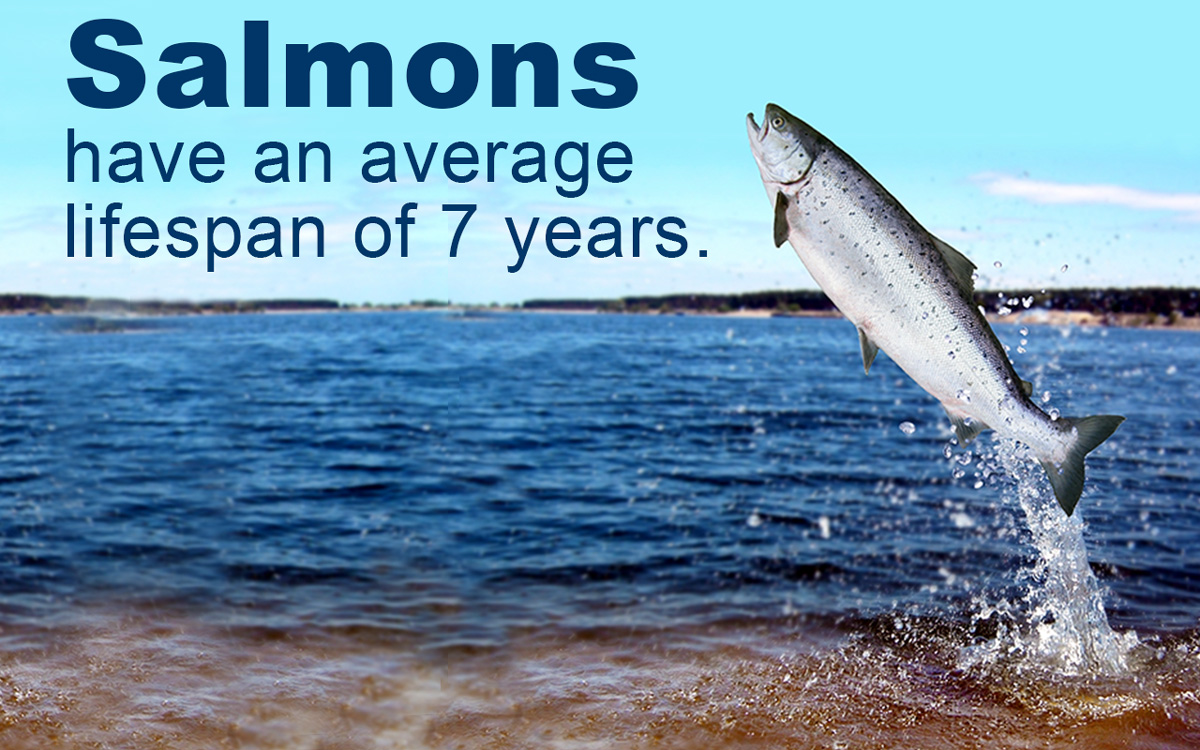 As compared to a typical freshwater or marine fish, the life cycle of salmons is very interesting. It comprises six stages: egg, alevin, fry, parr, smolt, and adult.

Salmon are anadromous, meaning they spend their entire life in the ocean, but migrate to rivers and streams to spawn. In simple words, they are born and die in freshwater rivers, but remain in the sea till the onset of adult stage. In order to get a clear picture of this, you need to get well-versed with the different stages of their life cycle.

During fall season, salmon eggs are laid in gravel beds at the bottom of streams and lakes. Deposited several feet below the water surface, they are protected from exposure to indirect sunlight. The eggs are spherical in shape and slightly translucent with pinkish or reddish coloration. While in the egg stage, the developing organs can be seen easily through the translucent covering. Hatching usually takes place within 2 – 3 months after the eggs are laid.

The water flow and temperature are very crucial for hatching salmon eggs. Alevins, which are 1-inch long, are characterized by presence of abnormally large eyes, attached to a bright orange sac, which is nothing, but the nutritive yolk. For nearly 3 – 4 months, the newly hatched alevins reside in the gravel nest, feeding on the yolk that hangs below their body.

The next stage is that of fry. Once the nutritive yolk is absorbed, the young fry come out of the gravel nest. They swim and feed on small planktons and aquatic plants. Many times, the salmon fry become easy prey for larger fish, insects, and birds. In their entire life, the mortality rate for salmons is highest when they are in the fry stage.

When a fry mature to parr stage, they measure about 6 inches. During this time, vertical markings develop on their body and flanks. Species like king salmon immediately migrate to the oceans during or after fry stage. In other species, parr feed and grow in the freshwater streams for approximately 1 – 3 years, before they begin their journey towards the ocean.

In the smolt stage, the developing salmons reach the estuary―the connecting point where a river meets an ocean. They turn silvery white in color, while losing their vertical stripes. In general, they swim in groups along with others and frequently visit the oceans for feeding purpose. With time, their body gets adjusted to saline water of the ocean.

The body marking of adult salmons is very distinctive, which differs significantly from one type to another. Based on the species in question, adults may spend anywhere around 3 – 7 years in the ocean, after which they migrate upstream to their birthplace for spawning. Adult salmons stop eating and develop different body colors; males retain bright colors, while females turn darker. After mating, the adult female lays eggs in the spawning site, and the entire journey is repeated all over again.

Salmons have an average lifespan of 7 years. Most of the species inhabiting the Pacific Ocean die immediately after spawning―a behavior referred to as ‘semelparity’. Very few species have the ability to spawn repeated times. Overall, the mortality rate after spawning is very high (40 percent to be precise), as adult spawners cannot spend long time in freshwater. In a nutshell, a salmon egg hatches in a river, migrates to sea, and returns back in the river for spawning. 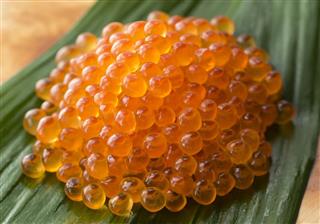 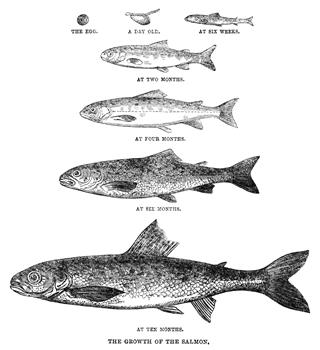 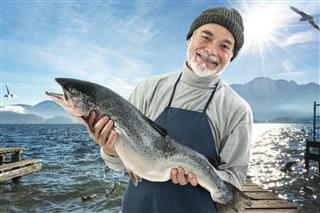 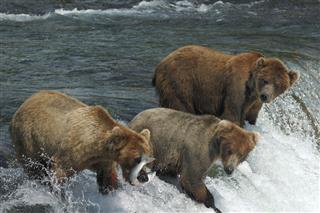 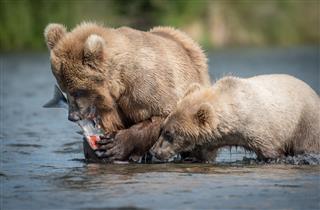