If you are looking for information about chromatin function and structure, you've landed on the right page. This article explains the important role it plays in cell division and inheritance.

If you are looking for information about chromatin function and structure, you’ve landed on the right page. This article explains the important role it plays in cell division and inheritance.

The genetic traits that find expression in your body have been inherited from your distant ancestors; from an unbroken line of generations stretching back for millions of years. The continuity of human and every other form of life is possible due to the genetic material packed into every cell in the form of DNA (Deoxyribonucleic Acid), which is inherited by succeeding generations.

This DNA has the blueprint of creating an entire human being, right down to the last detail. There is an elaborate mechanism in the cell, to preserve, translate, use and transmit this information to future generations. Chromatin function and structure is closely related to these tasks.

As one dives deeper into the process of inheritance in organic life, one finds an advanced and elaborate mechanism that controls the continuity of life.

It is a totally self-driven and self-controlled process, that’s designed to take care of every aspect of survival and growth in an organism. Before specifying the function of chromatin, let me define its physical structure and constituents.

Chromatin is the complex continuum of DNA and proteins, packaged together to form the genetic material of the chromosomes. A chromosome is a singular part of DNA, in coiled form, that contains within it, several sequences of genes, nucleotides and regulatory elements. Chromatin is found within the cell nucleus of every eukaryotic cell.

A eukaryotic cell is distinguished from a prokaryotic cell, by the presence of a distinct nucleus inside, which contains chromatin. Chromatin is a highly compressed and compactified form of genetic material. The main components of chromatin structure are DNA and various forms of histone proteins, that control the dynamics of genetic expression.

The DNA molecule, which holds the genetic blueprint, has a coiled helix structure. The chromatin is organized in seven progressive levels of organizational complexity, which coils the DNA into more and more compact forms through combination of histone proteins, while still ensuring that it remains accessible. The basic coiled unit of chromatin is a nucleosome, which consists of a single loop of DNA material wrapped around a histone protein. Specifically, about 145 to 147 base pairs of DNA are coiled around an octamer, created from dual copies of the four histone proteins, to make a nucleosome. This nucleosome mechanism is the key structure which controls DNA accessibility during transcription.

These nucleosomes, which are the most basic chromatin units, are then coiled into an even more complex form and organized into 30 nanometer chromatin fibers. These fibers have nucleosome arrays arranged in ‘beads-on-string‘ fashion.

These fibers are further coiled to form the chromosomes. The chromatin structure gets modified during various phases of cell division, to make the genetic code more accessible and readable. These modifications in structure are made possible due to changes in histone proteins, which are the building blocks of DNA structure.

Now that we know something about the structure of chromatin, let us delve into its prime functions. Chromatin is the totality of genetic material and all the components that make genetic expression, cell division and inheritance possible. That’s why, the functions of chromatin are wide and diverse. Here I list the main functions:

This is the most fundamental function of chromatin: compactification of long DNA strands. In cells of mammals, like us humans, about two meters of DNA is compressed into a 10 micrometer diameter! This fact will provide you with an idea about the degree of compactification achieved by chromatin’s structural organization. The whole human genome, that is the whole blueprint of creating a human being, is like a book or library of genetic data. This data is organized into accessible parts in the chromatin structure, along with a facility for easy retrieval when required. So, packing genetic data is one of the primary functions of chromatin.

DNA never occurs in naked form in the cell nuclei. It is always associated with various kinds of proteins. Through the process of acetylation, chromatin structure gets loosened and facilitates replication and transcription of DNA. This aids cell division. During various stages of cell division, the chromatin gets modified. During interphase, chromatin gets divided into two types:Euchromatin (which contains the active DNA) andHeterochromatin (which contains the inactive DNA). Through methylation, chromatin gets strengthened and restricts access to some forms of enzymes. There are many such processes through which access is gained to genetic data. Thus, the morphology of chromatin changes to allow access to genetic information and assist other functions. The structural strength offered by chromatin prevents DNA damage during cell division. Current research has also revealed that chromatin plays an important role in signaling DNA damage and assisting in its repair.

So, these were the two primary functions of chromatin that make continuity of life possible. Detailed analysis would require a huge treatise to do full justice. Here I have just illuminated a small part of the proverbial tip of the iceberg, when it comes to chromatin structure and function. 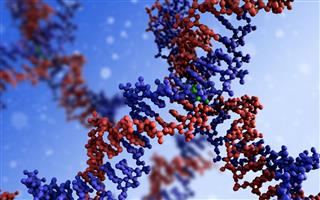 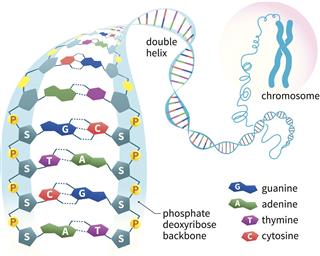