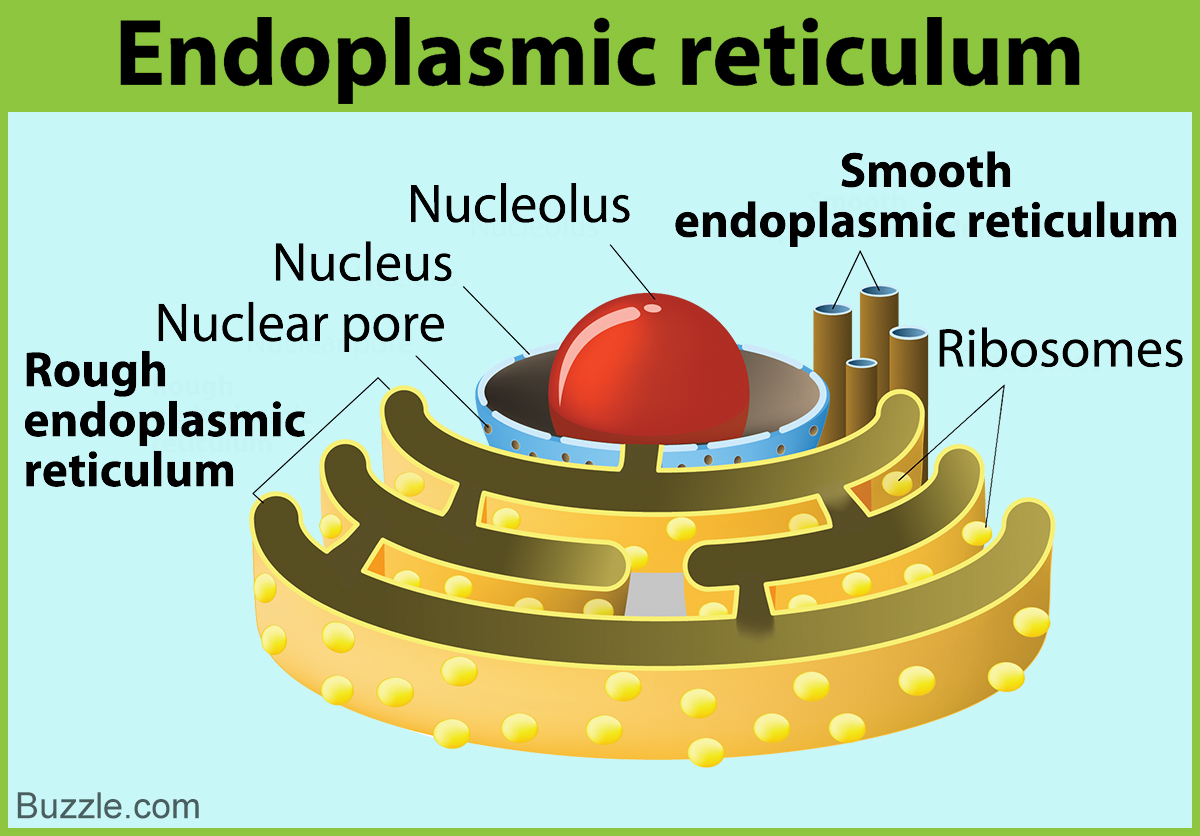 Endoplasmic reticulum is an important organelle in eukaryotic cells, that is responsible for the generation of many essential proteins.

Eukaryotic cell is characterized by a membrane-bound nucleus, which contains genetic material. It’s distinguished by a complex inner structure, with membrane sheathed organelles, that conduct various functions. The endoplasmic reticulum is one such eukaryotic cell organelle.

What is Rough Endoplasmic Reticulum?

Endoplasm is the inner part of a cell’s cytoplasm. Reticulum means a fine network. So endoplasmic reticulum is an interlinked network of cisternae (membrane disks), vesicles (intracellular transport sacs) and tubules inside a eukaryotic cell. The endoplasmic reticulum was first observed by Ernest Fullam, Keith Porter and Albert Claude, in the year 1945. 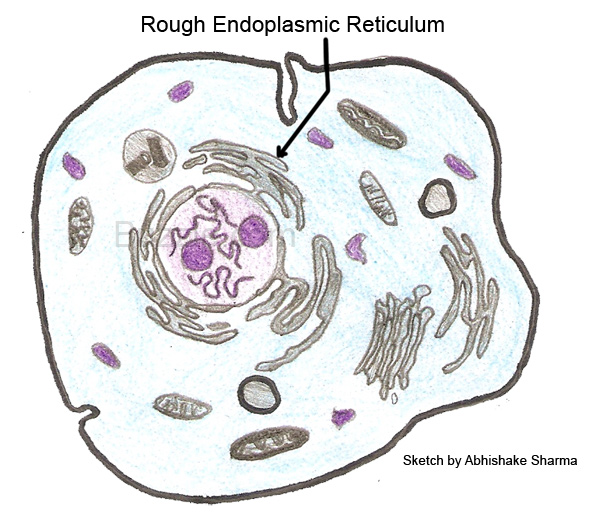 This network of tubules, vesicles and cisternae, is held together by the cell’s cytoskeleton. This cytoskeleton is the cell’s skeleton, made of proteins and embedded in cytoplasm. The cisterns that constitute a major part of endoplasmic reticulum are sheathed in a phospholipid membrane, that separates it from the cytosol, which is the inner liquid inside a cell. The whole network that constitutes the endoplasmic reticulum is made up of this one continuous phospholipid membrane and the whole network has a complex internal space or lumen. This space is called endoplasmic reticulum cisternal space.

This lumen takes up roughly 10% of the total cell volume. The bilipid membrane controls the transport of molecules between cytoplasm and lumen. It’s like a molecular pipeline, which connects the nucleus with cytoplasm. This network transports molecules inside the cell, as well as outside. There are two types of proteins that are found in the endoplasmic reticulum. They are the ones that are transported through it and the resident proteins, that are required for the functioning of the reticulum.

What Role Does the Rough Endoplasmic Reticulum Play?

The reason rough endoplasmic reticulum is called ‘rough’ are the ribosomes. Millions of ribosomes cover its surface and make it appear bumpy under microscopic magnification. Ribosomes are the sites where proteins are created from amino acids.

The information for the synthesis of a particular protein, is conveyed from the DNA to the ribosome, by the messenger RNA (mRNA) mechanism. This information is read by the ribosomes and accordingly, proteins are created, with the exact amino acid sequence, through the help of transfer RNA (tRNA). Rough endoplasmic reticulum is connected with the outer envelope of the cell nucleus. As described before, it is one of the largest cell organelles and is prominently branched out around the cell nucleus and Golgi bodies. The following are the main functions.

The prime function of rough endoplasmic reticulum is the production and processing of specific proteins at ribosomal sites that are later exported. The ribosomes do their job and create proteins, which are then sent into the rough endoplasmic reticulum, for advanced processing. The amino acids and complex molecules needed for the job, are transported from the cytoplasm.

The functioning of the reticulum involves creation of two types of proteins. One is the type which fortifies and gets embedded into the reticulum membrane. The other types are water soluble, which, after creation at ribosomal sites, pass through the membrane and into the lumen.

The proteins generated by rough endoplasmic reticulum are processed inside. Just like a two dimensional cardboard is folded to make a box, the proteins are folded into three dimensional shapes and carbohydrates are added. Many compounds are connected to the protein chain assembled in the lumen. Once the folding is completed, they are ready for delivery. The folding is made possible by chaperone proteins present in the lumen. Hemoglobin is also produced in the rough endoplasmic reticulum.

One of the functions of rough endoplasmic reticulum include transportation of the ready proteins to the sites where they are required. They may also be sent to the Golgi bodies for further advanced processing, through vesicles.

After assembly, every protein created in the rough endoplasmic reticulum lumen is subjected to a thorough quality evaluation. The protein is checked for correct ordering and structure and if it doesn’t match the exact requirement, it’s simply rejected, stored in the lumen and sent back for recycling. Many medical conditions like Emphysema and a type of Cystic Fibrosis is caused due to the rejection of a crucial protein by this RER quality check system.

Thus the rough endoplasmic reticulum is a very important part of cell metabolism, playing a major role in the functioning of every different cell tissue. The functioning of this organelle is testimony to how orderly and self-organized our inner body structure is. It only heightens our respect for the beautifully complex piece of art, that the human body is.