Angiosperms are flowering plants which have a life cycle that is quite complex. Find out the details about the life cycle of angiosperms from the following article. 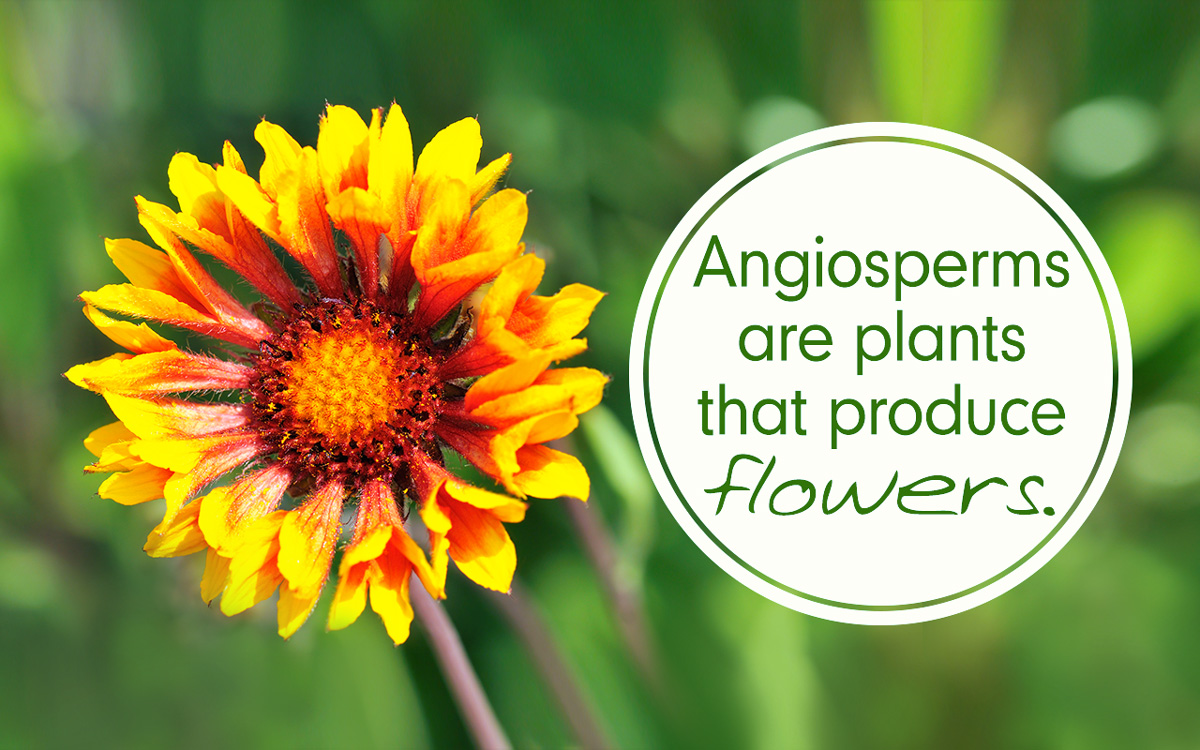 Angiosperms are flowering plants which have a life cycle that is quite complex. Find out the details about the life cycle of angiosperms from the following article.

Angiosperms are plants that produce flowers, which are nothing but the reproductive machinery of the plant. The life cycle of angiosperms begin with pollination and end in the formation of fruits which contains seeds that germinate into new plants which mature till they reach the flowering stage, thereby, completing a full circle. Now, before we discuss the details of the life cycle of angiosperms, let’s check out the different parts of the flower that participate in the reproductive cycle to continue the species even after the parent plant dies or withers away.

Parts of Flower that Participate in the Reproduction Cycle

Following are those parts of a flower that actually facilitate the entire reproductive mechanism which results in the production of seeds. This seed, when it finds a combination of favorable environmental conditions (right kind of soil, adequate moisture, sufficient amount of air and temperature, etc.), sprouts into seedlings, which then grow into plants. On reaching maturity, the new, young plants grow flowers themselves, and the process starts all over again.

Stamen: This is the male reproductive part of a flower, and it consists of a long, slender filament, which can be seen occurring as a number of long, pliant stalks arranged in a circle on the inside of the flower, surrounded by petals. These filaments are topped with small, often oblong, head like structures known as anthers. The stamen is where the pollen grains are produced, and these pollen grains are carried from the anthers to the female reproductive organ, where they fertilize the ovules, but we’ll discuss that later. So, to put it simply, male parts of a flower = stamens = filaments + anthers!

Carpel: Also known as pistil, carpel is the female reproductive part of a flower which is a goglet (long-necked earthen vessel used for storing water) like structure, and is composed of the stigma, style and the ovary. The stigma forms the mouth, the style forms the neck, and the ovary forms the girth of the goglet. The pollen produced by the stamen gets deposited on the stigma, travels down the style to the ovary, and fuses with the ovules therein to form the zygotes, which later become the seeds of the resulting fruit. Therefore, simply put, female parts of flower = carpel = stigma + style + ovary!

Pollen and Pollination: Two kinds of spores, megaspores and microspores exist in the ovary and stamens respectively. These spores undergo meiosis, and the megaspores become the ovules and microspores become the pollens. In the flowering season, the pollens gather on the anthers and are carried to the stigma either by the wind, insects, birds or other animals. In case of self pollination, where a single flower has both a carpel and stamens inside it, the stamens (which happen to be taller than the carpel in such a case) bend over the carpel and deposit their pollens on the stigma. These pollens travel down the style to the ovary, where they come in contact with the ovules. Pollen grains are composed of two types of cells known as generative cells and tube cells. The generative cells split into two sperm cells at the time of pollination before they come in contact with the ovules. Each ovule contains one female gamete (sexual reproductive cell).

Fertilization: Each pollen grain that gets deposited upon the stigma grows a long pollen tube downwards along the inner cavity of the style, and it deposits its contents on the embryo sacs which have formed inside the ovary by now. One sperm cell among all those released by the pollen tube gets to combine with the nucleus of the egg cell, and this fusion results in the formation of a zygote. After fertilization has taken place, the carpel of the flower, especially the ovary, begins growing bigger, as if swelling outwards, and ultimately forms the fruit.

Fruit and Seed: Most of the time, the style and the stigma parts of the carpel dry out or fall off. This fruit holds the mature seeds which were formed when the ovules got fertilized to form zygotes. Every single seed contains everything necessary for the germ to survive, including genetic matter as well as nutrition, till the seed finds a suitable growing environment. Once the seed finds such an environment, the seedling emerges, beginning with a small root like structure, growing downwards into the soil, followed by a tender sprout that gradually grows upwards.

That is all about the life cycle of angiosperms, in simple terms. I intentionally refrained from employing too many scientific and technical terms to explain this phenomenon, to prevent jargon from obstructing the path of lucid comprehension. Hope you enjoyed the botany lesson! 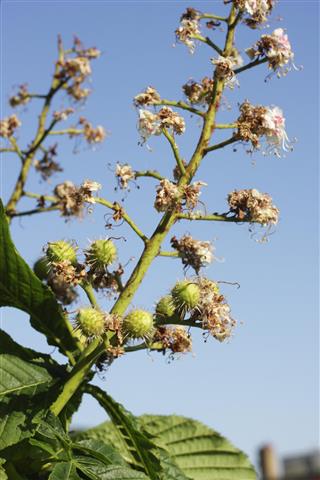 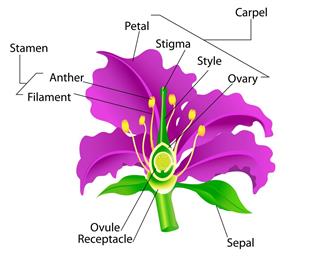 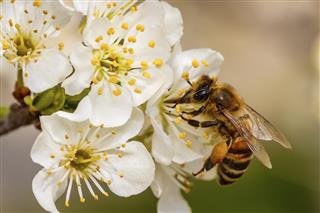 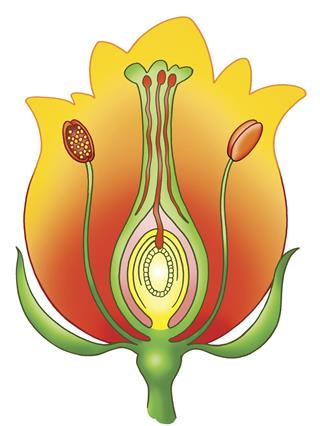