A Labeled Diagram of the Animal Cell and its Organelles 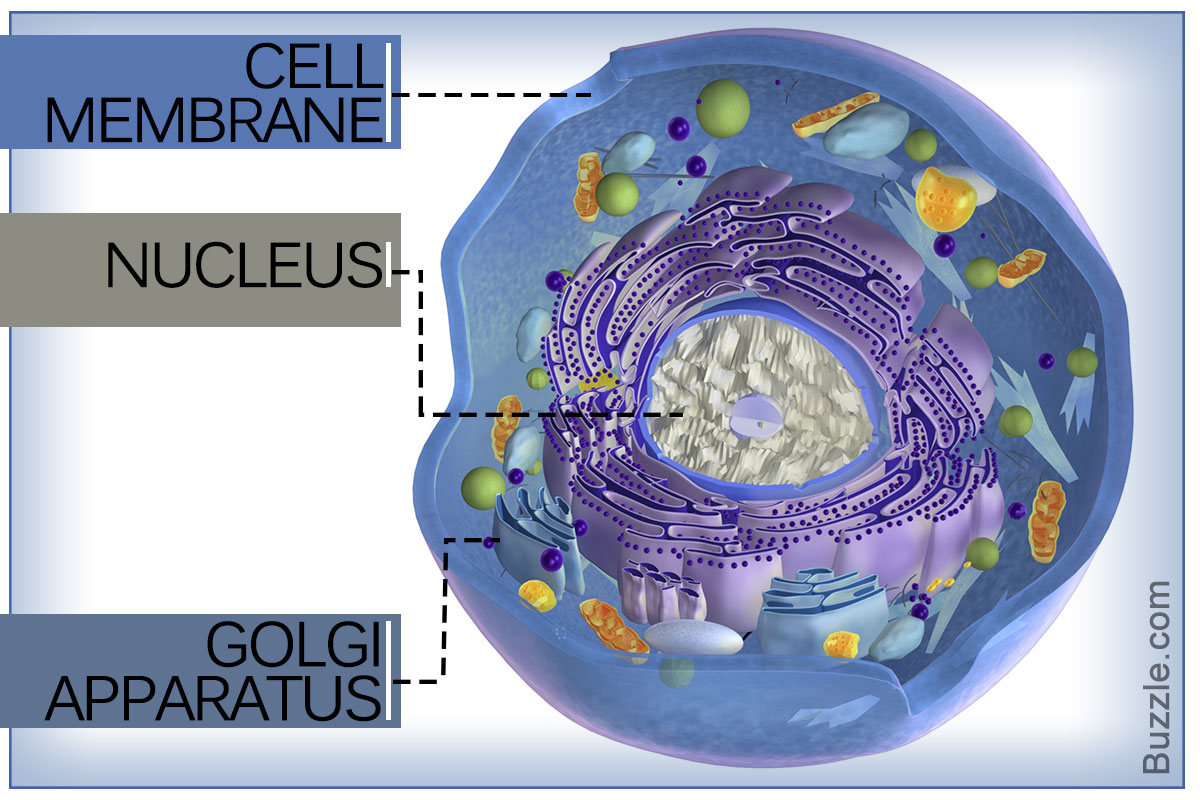 There are two types of cells – Prokaryotic and Eucaryotic. Eukaryotic cells are larger, more complex, and have evolved more recently than prokaryotes. Where, prokaryotes are just bacteria and archaea, eukaryotes are literally everything else. From amoebae to earthworms to mushrooms, grass, bugs, and you. 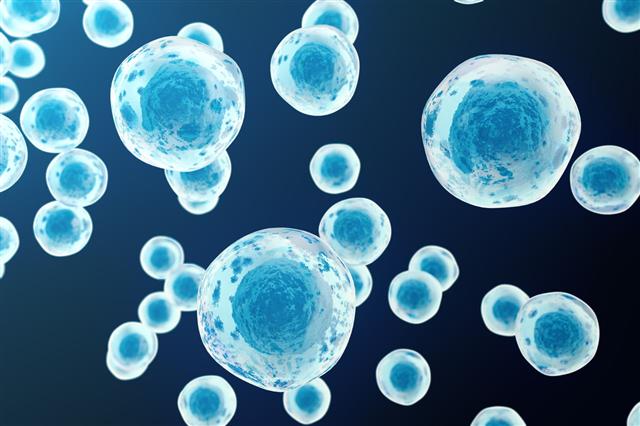 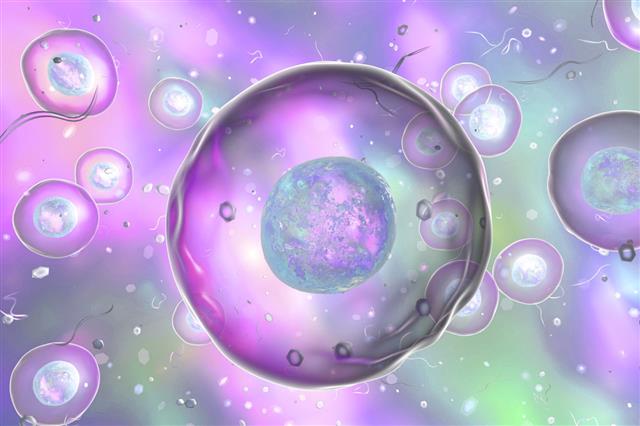 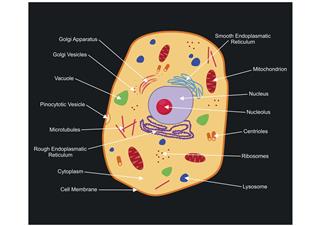 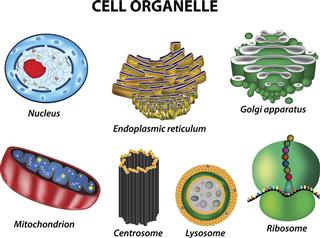 Cell membrane or plasma membrane is a membrane common to both plant and animal cells. However, the cell membrane in plant cells is quite rigid, while, the cell membrane in animal cells is quite flexible. As observed in the labeled animal cell diagram, the cell membrane forms the confining factor of the cell, that is it envelopes the cell constituents together and gives the cell its shape, form, and existence. Cell membrane is made up of lipids and proteins and forms a barrier between the extracellular liquid bathing all cells on the exterior and the cell organelles floating in the cell’s cytoplasm. This membrane is semi-permeable, thus, it allows only selected substances to pass through it into the cell’s interior. It is a fluid mosaic structure which is composed of a phospholipid bilayer and other important macromolecules such as proteins. It separates the cell from the outer environment and allows the free movement of materials in and out of the cell.

It was named cell because Robert Hooke, who discovered it said that it looked like a cellula or small room for the monks.

Cytoplasm or cytosol is nothing but the clear, jelly-like substance filling the cell. To be more precise, it is that fluid material present outside the nucleus and within the cell membrane, into which various cell organelles are scattered. The jelly-like substance is made of dissolved nutrients (fatty acids, sugars), salts and enzymes. The substance helps different materials move throughout the cell, by a process called cytoplasmic streaming. Cytoplasm comprises a network of cytoplasmic filaments, that are responsible for the shape of the cell. Moreover, they also help the cell move. Waste materials are also dissolved in the cytosol, from where it gets taken in by the vacuoles. 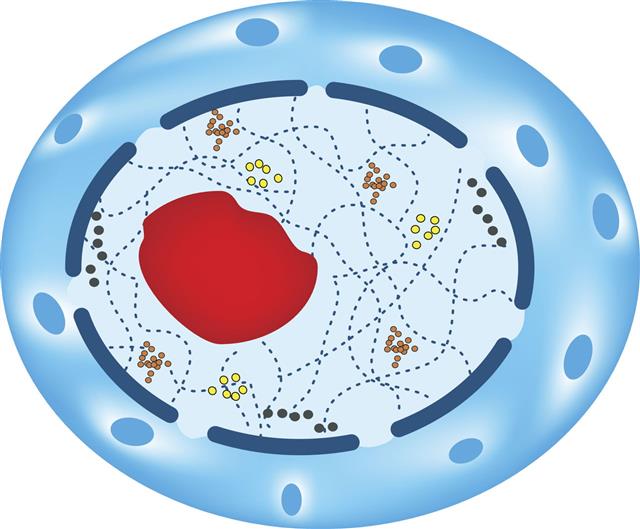 The cell nucleus is the trademark of any eukaryotic cell. Plant and animal cells are eukaryotic cells, which means they possess a true nucleus. The cell nucleus is a spherical-shaped body encompassing a nucleolus, chromosomes with DNA, nucleoplasm and some other organelles, all of it is surrounded by a nuclear membrane (double membrane made up of protein and lipids). This nucleus consists of highly specialized cell organelles that take care of storing the cell’s hereditary material (DNA) and also coordination of different cell activities like protein synthesis, cell division, growth, etc. What the brain is to the body, such is the nucleus to the cell. 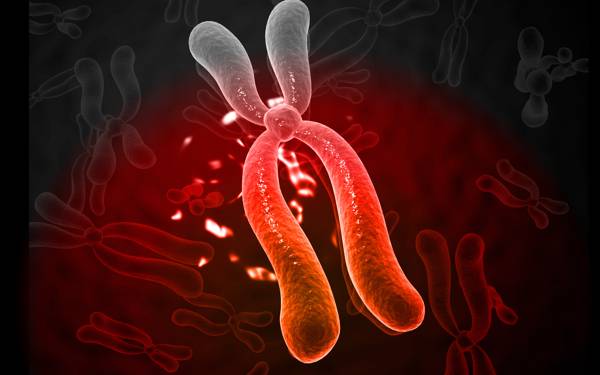 Chromosomes are the thread-like structures present inside the nucleus of an animal cells. Each chromosome is made of protein and a single molecule of deoxyribonucleic acid (DNA). The DNA contains instructions that make each living organism unique. The unique structure of chromosomes helps in keeping the DNA tightly wrapped around spool-like proteins called histones. During cell division, it is essential that the DNA remains intact and gets evenly distributed among the cells. Every human body cell contains 46 chromosomes or two complete sets. A cell that contains two complete sets of chromosomes is called a diploid cell, and that which contains only one set is called a haploid cell. Only eggs and sperms contain one set, whereas all the other cells of the body contain two sets. Chromosomes that determine the sex of an individual are known as sex chromosomes. In humans, X and Y are sex chromosomes. Females have two X chromosomes and males have one X and one Y chromosome. Autosomes are all the other chromosomes in the organism. Of the 46 chromosomes in humans, 44 are autosomes and the remaining two are the sex chromosomes. Changes in the number or structure of chromosomes in new cells can result in serious problems. Numerical abnormalities occur when an individual has more than two chromosomes in a pair or has one chromosome missing from the pair. A classic example of numerical abnormality is Down’s Syndrome. Structural abnormalities can manifest in the form of deletions, duplications, inversions, or translocations. 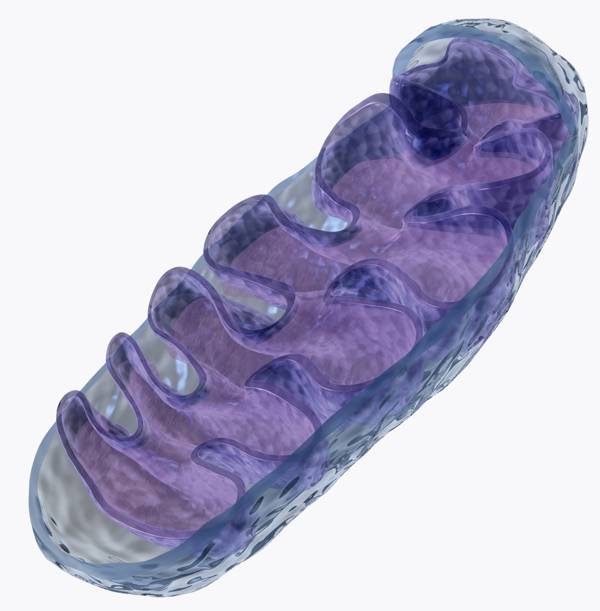 Mitochondria (singular – mitochondrion) are double membrane-bound cells, scattered in the cell’s cytoplasm. The double membrane comprises one outer smooth membrane and one inner convoluted membrane, forming loops called cristae. Both these membranes together form the outer double membrane and keep the fluid-filled matrix within the mitochondria from mingling with the cytoplasm of the cell. A cell may contain thousands of mitochondria, depending on its requirement. Mitochondria is popularly called ‘the power house of the cell’ as it furnishes the cell with all the energy required (ATP), from food and oxygen. This process is known as cellular respiration, and the ATP or energy produced is used to carry out functions like locomotion, cell division, production of secretory products, etc. The number of mitochondria present in cells may vary depending on the cell’s activity.

Centrioles are two self-replicating, cylindrical bodies comprising 9 triplet bundles of microtubules, which means each bundle has 3 microtubules and there are 9 such bundles. Centrioles are present only in animal cells and each animal cell contains two centrioles arranged perpendicular to each other. Their main function is to assist the organization in cell division process, thus, they are active both during mitosis and meiosis. During cell division the centrioles replicate and move to opposite poles of the nucleus. Thus, the new centrosome halves have a pair of centrioles each and form new independent daughter cells.

The animal cell can commit suicide. When the broken cell is damaged beyond recovery it destroys itself, the process is called apoptosis.

ER is a vast network of membranous tubules and sacs called cisternae in the cell’s cytoplasm. There exists two types of ER: Rough ER and Smooth ER. Rough ER features several ribosomes attached to its surface, thereby conducing to its rough appearance and appears like sheets of membranes placed together. The function of rough ER is protein synthesis and transport of nutrients. It transports proteins to the Golgi apparatus, via small vesicles. The smooth ER unlike the rough one, has a tubular appearance and does not have ribosomes attached to their surface, thereby giving them the smooth appearance. Its function is to produce and store steroids, lipid synthesis, carbohydrate metabolism and detoxification of poisons and other harmful substances.

Also known as golgi complex, these are piles of flattened sacs (smooth cisternae), layered one above the other and connected to each other. One can observe the golgi apparatus in the labeled animal cell parts diagram. The golgi apparatus is situated near the cell nucleus and besides the stacked sacs, it also contains large number of vesicles. The main function of this golgi complex is to receive the proteins synthesized in the ER and transform it into more complex proteins. The proteins are processed as they pass from one flattened sac to another and are packaged into vesicles. They are also sorted depending on their final destinations, such as plasma membrane, lysosome, etc. and then sent their way. The final protein product is then released into the cytoplasm. The vesicles in the apparatus are used to send molecules to the cellular membrane, from where excretion takes place.

Lysosomes are produced by the Golgi apparatus and appear like small spherical bodies featuring a single membrane confining it. They contain hydrolytic enzymes, which have been made in the ER and then passed to the Golgi bodies, from where the lysosomes get it. Their prime function is breaking down of cellular waste substances from the cell, into simplified substances. The simplified versions are then transferred to the cytoplasm of the animal cell for building new cell materials. Lysosomes are able to do this with the help of over three dozen types of hydrolytic enzymes like lipases, nucleases, proteases, polysaccharidases, etc. Thus, lysosomes are responsible for digestion of nutrients in animal cells. They are also responsible for recycling organic material of the cell. They hold enzymes that were created by the cell. They might be used to digest food or break down the cell when it dies.

Ribosomes are small, spherical organelles comprising 65% ribosomal RNA and 35% ribosomal proteins. Animal cells contain ribosomes with four strands of RNA. Ribosomes are very small organelles (non-membranous) and are present in thousands (millions in some) inside the cell. These organelles are sites of protein assemblage and are responsible for protein synthesis. They occur scattered in the cytoplasm (free or floating ribosomes) and are also found adhering to the surface of ER (bound ribosomes). The floating ribosomes synthesize proteins that are used by the inside of the cell, whereas the bound ribosomes synthesize proteins that will be used both by the inside of the cell and for export to the outer region of the cell. 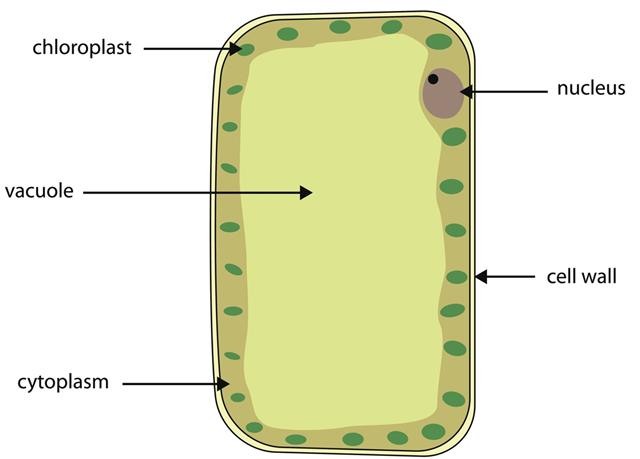 Vacuoles are fluid-filled cavities encompassed by a membrane present within the cell. They have no basic shape or structure and their size and shape depends on the requirements of the cell. These vacuoles act as storage areas for the cells and play significant roles in release of cellular waste substances and intracellular digestion. These cavities store food and other nutrients, required for the cell’s nourishment. Vacuoles are present in most animal cells, however, are smaller, as compared to the plant cell vacuole. A plant cell usually has one large vacuole, however, an animal cell is seen to contain two to three small vacuoles. The main role of vacuoles in animal cells is getting rid of waste materials and excess water. They are mostly involved in the processes of exocytosis and endocytosis in animal cells. Some animal cells do not possess vacuoles. Exocytosis is a process in which the proteins and lipids are extruded from the cell. Endocytosis is the reverse of exocytosis and occurs in a variety of ways. Phagocytosis (cell eating) is the process by which dead tissue material and bacteria are engulfed by cells. Pinocytosis (cell drinking) is a process in which the substances being ingested are in solution form. Cell eating and drinking are both undertaken in association with lysosymes which complete the breakdown of the engulfed material.

As you read the information on each organelle, refer to the animal cell diagram for better clarity. To check if you have understood the cell parts, draw a blank animal cell diagram and try to fill in the different parts without referring to the labeled one given here. This will help you understand how much you have comprehended. 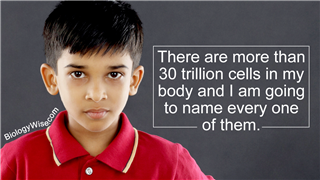 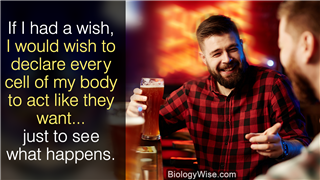