Functions of the Golgi Body

One of the most important organelles in the cell structure is the Golgi body. Find a brief description of the function of this organ that is mentioned in the following article. 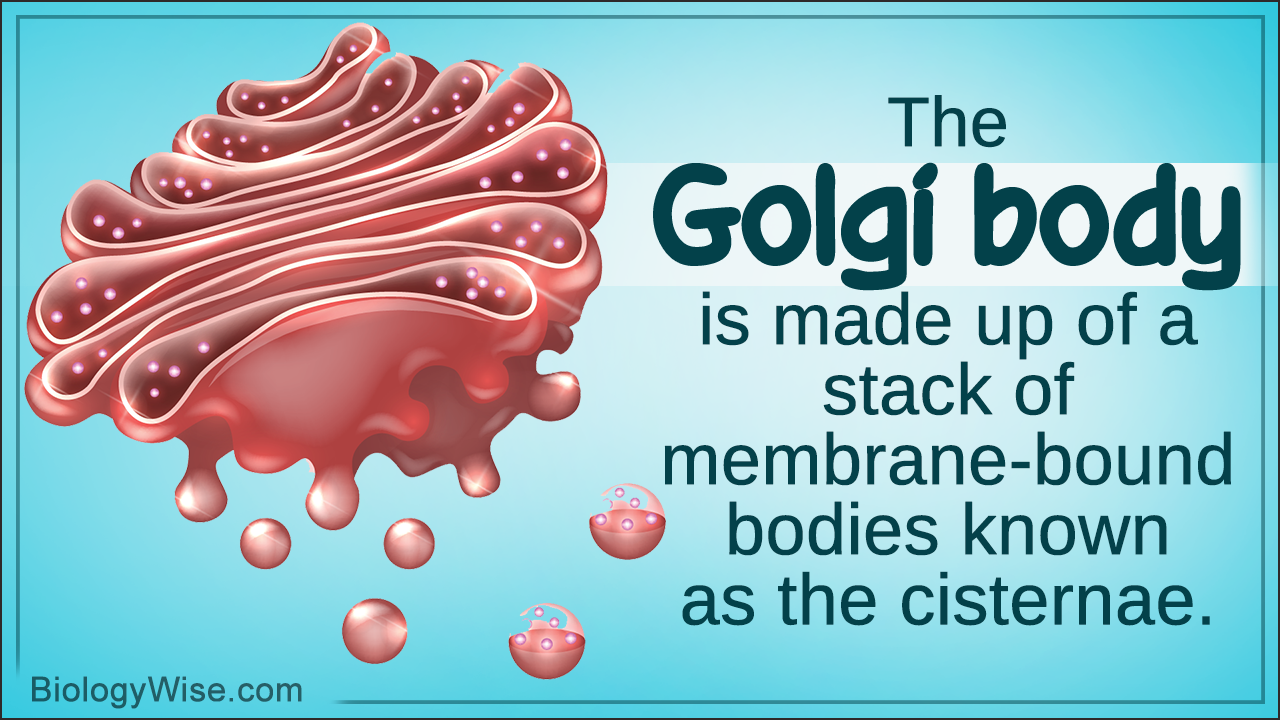 One of the most important organelles in the cell structure is the Golgi body. Find a brief description of the function of this organ that is mentioned in the following article.

When you study the structure of a cell in cell biology, you find that the Golgi bodies are a very important part amongst the various cell organelles. They were discovered by an Italian scientist named Camillo Golgi in 1897, after whom the apparatus is named. The Golgi apparatus was also one of the first cell organelles to be discovered, because of its large size and stacked structure. Before naming it after its discoverer, the Golgi body was known as the “internal reticular apparatus”, later named with its present name.

There are many minute details to this cell organelle which also proves to play an important role in the life and functioning of any living cell. It is found in both the plant and animal cells and consists of membrane-bound cisternae stacked up one above the other.

Golgi Body in a Cell

As mentioned in the introduction, the Golgi body is made up of a stack of membrane-bound bodies known as the cisternae. In the plant cells, these stacks are usually found as individuals, called dictyosome. In one stack of the Golgi body, there are about 4 to 8 cisternae and the animal cells consist of 40 to 100 stacks of such kinds. Each of these cisternae are flat disc-like and they consist of specific enzymes which carry out the functions of this apparatus.

Now, this stack of cisternae have four functional regions like the cis-Golgi network, medial-Golgi, endo-Golgi, and trans-Golgi network, where the basic function of the Golgi bodies are carried out for the plant or animal cell. These stacks are arranged near the outer edges of the endoplasmic reticulum (ER). Each of these regions harbor different enzymes and the cisternae carry certain structural proteins important for their own function.

► According to many scientific studies, the primary Golgi body functions are to modify the new proteins synthesized from the ER present in the cytoplasm, then process and sort them for transportation. Let’s take a look at the basic function of modification of the newly produced proteins.

► The process of modification of these proteins in the Golgi bodies includes, addition and deletion of certain groups to the newly formed proteins. There are attachments of some polysaccharides to form carbohydrates, cutting the protein molecules into smaller active fragments, incorporation of phosphates on the proteins, and addition of a sulfate group to these molecules.

► After the modification and processing of the newly formed proteins received from the ER, the Golgi bodies also transport them to the other vesicles in the cells via two transport models. These are Cisternal maturation model and the Vesicular transport model.

► Apart from modifying, processing, and sorting these proteins, there are a few molecules which are synthesized by the Golgi apparatus on its own as well. These are none other than lysosomes, which are organelles that are required to digest dead components in the cell. They help the cell get rid of debris and complex sugars which are unwanted in the body.

The Golgi body is a very important cell organelle in our system and without it, no living cell can function appropriately.