Examples That Explain Geographic Isolation in a Simple Manner

If islands like Madagascar, Hawaii, and Australia, are home to a unique variety of flora and fauna, they owe it to their ‘geographic isolation’.

In biology, species is defined as a group of organisms with the ability to interbreed and produce fertile offspring in the natural environment. Other definitions do add the morphological clause, where the group has to look similar to qualify as species, but the ability to interbreed and produce fertile offspring is the most important factor, considering that even closely related species can interbreed, but the resultant offspring is almost always sterile. At times, however, interbreeding in a successfully breeding population comes to a halt as a result of geographic isolation, eventually giving rise to a new species in what is known as allopatric speciation.

Despite the fact that they belong to the same species, the two populations evolve separately after they are isolated. How they will evolve will depend on the environment of their new natural habitat. Different regions, for instance, have different selective pressures. They differ in terms of biotic factors, such as food availability and competition, as well as abiotic factors, like temperature and precipitation. It’s the prevalence of these factors that prompts these populations to evolve separately.

Overall, there are many ifs and buts in the process of speciation resulting from geographic isolation. However, the process can take millions of years, and thus, it is not possible to study it in one’s lifetime. Luckily, we have quite a few examples of the same to show how the process works.

The best example of speciation resulting from geographic isolation will be that of the Darwin’s finches (subfamily Geospizinae), also known as the Galápagos finches, found on the Galápagos Islands. These species are found on different islands of this archipelago. A closer look at the 15 odd species, and you realize that each of them is perfectly adapted to its environment. A striking feature, for instance, is their beak, which has evolved to complement their diet. More importantly, their beaks play a crucial role when it comes to choosing mates.

The Desert Valley has quite a few springs to its credit. In these isolated aquatic habitats live nine closely related species of pupfish and their subspecies. Each of these has evolved individually after it was geographically isolated from other species. If Darwin’s finches are identified by their distinct beaks, these pupfishes can be identified by their distinct body shape and size.

Then there is the case of yellowthroats (genus Geothlypis)―the masked yellowthroat (Geothlypis aequinoctialis) in particular. This species is predominantly found in Central and South America where its populations are separated by rainforest and the Andes. The geographic isolation of the masked yellowthroat population has led to its genetic divergence and speciation. The resulting five subspecies of the bird differ in size and male head pattern, as well as their song.

The pygmy three-toed sloth (Bradypus pygmaeus) is endemic to Isla Escudo de Veraguas, off the coast of Panama, where it is thought to have evolved as a result of 8,900 years of isolation from the mainland population of brown-throated sloths. The smaller body size of this species is believed to be evidence of this evolution.

Geographic isolation is important because it instigates the process of speciation. But then, it’s worth noting that it only presents the opportunity for the birth of a new species and does not create a new species on its own. The latter can only happen when barriers of reproductive isolation kick in and prevent productive interbreeding. 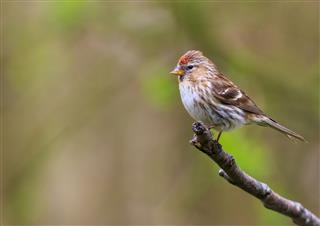 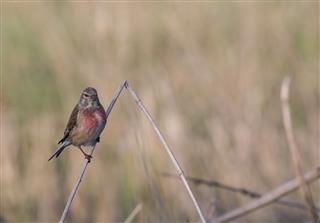