An Overview of the Euglena Classification That’ll Interest You

Euglena is a protist that is known to ingest food by heterotrophy and photosynthesize by autotrophy. This post presents information on euglena classification, its size, the way of reproduction, and such other interesting facts. 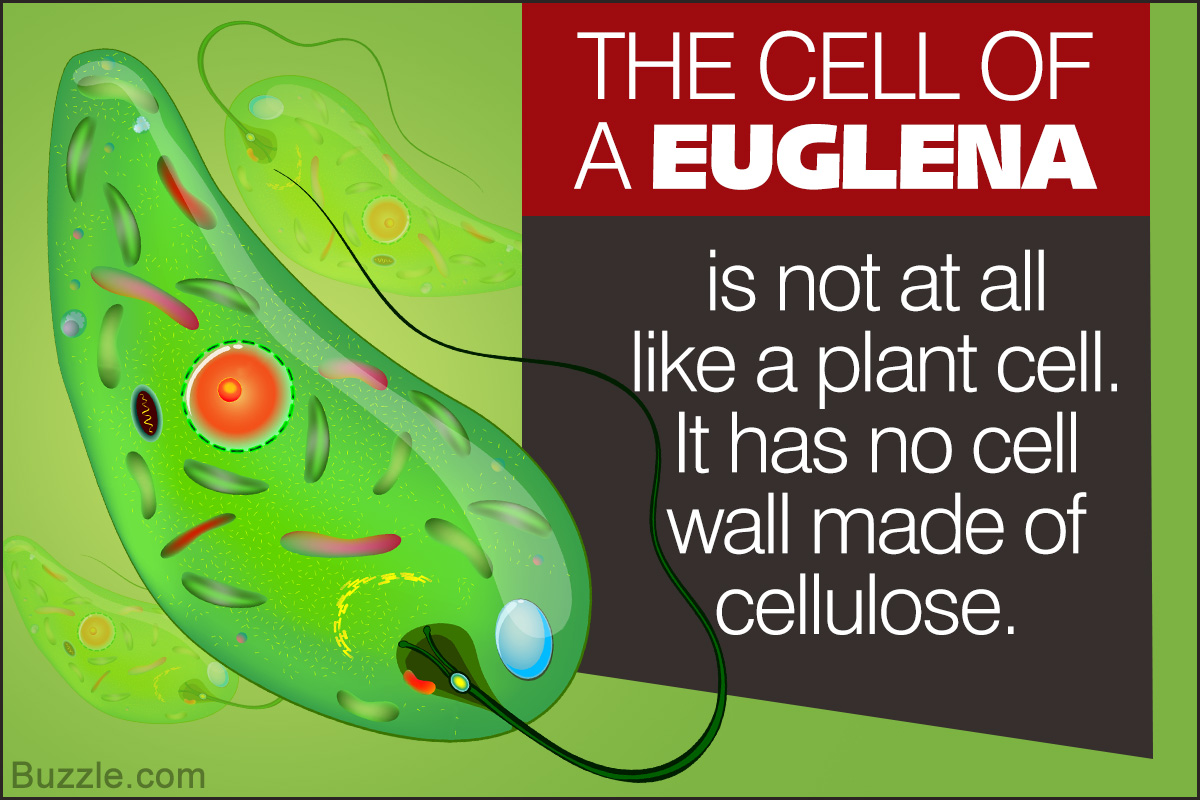 Euglena is a protist that is known to ingest food by heterotrophy and photosynthesize by autotrophy. This post presents information on euglena classification, its size, the way of reproduction, and such other interesting facts.

One of the ways in which Euglena gracilis makes its way from one water body to another is via birds. The mud stuck on the feet of duck, geese, etc., may carry this species as a result of which it gets a free ride to a new pond, river, or marsh.

Euglena is a unicellular organism, and over 1,000 species have been identified so far. It is a single-celled eukaryotic protist that can be described as a plant since it contains chlorophyll, makes its own food, and also as an animal because it is capable of self-motion by means of a flagellar ‘tail’. Surprisingly, it also has an eyespot, which enables it to use light for directional purposes. It seems that its evolution is not an easy process for several reasons. While bacteria can ‘borrow’ DNA from other bacteria, eukaryotes cannot because of their nucleus and stronger cell walls. Since euglena displays both plant and animal features, its classification had aroused much debate.

Classification and Taxonomy of Euglena

Euglena was originally assigned the kingdom Protista, but now it is placed in the kingdom Excavata, which contains both kinetoplastids and euglenoids.

This classification created confusion as euglena can eat food by heterotrophy like animals and also by autotrophy like plants. It is green in color as it contains chloroplasts. While acting as an autotroph, it utilizes chloroplasts, which contain chlorophyll (a and b types) along with some carotenoid pigments to produce sugars by photosynthesis. While acting as a heterotroph, it surrounds a particle of food and consumes it by phagocytosis. 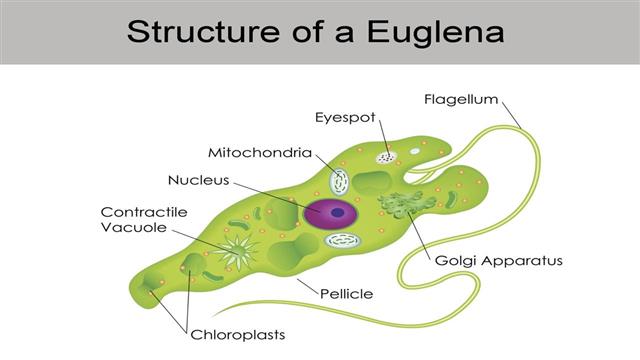 Euglena is found in quiet ponds and puddles. It can survive in fresh and saltwater. If proper sunlight is not available, it goes around in water hunting for food. Acidity and alkalinity can affect reproduction and lifespans of Euglenozoans. Each group of Euglenozoans has a different lifespan.

It follows the most simple method of asexual reproduction called binary fission in order to multiply. Warm atmospheric temperature and adequate amount of food are the two conditions that favor the process of reproduction. The body divides length-wise, and the stigma, flagella, and gullet duplicate. It starts at the top end, making its way to the posterior of its body.

It prepares its own food in the presence of sunlight using chlorophyll. However, in the absence of sunlight, when it is unable to prepare its food, it consumes smaller living organisms such as amoeba and paramecium. Its main predators are young fish, young salamanders, frogs, mussels, and other such organisms living in water.

Despite the initial confusion about its classification, euglena is still very interesting to study. It is believed to be harmless and does not cause any diseases in large animals or human beings.