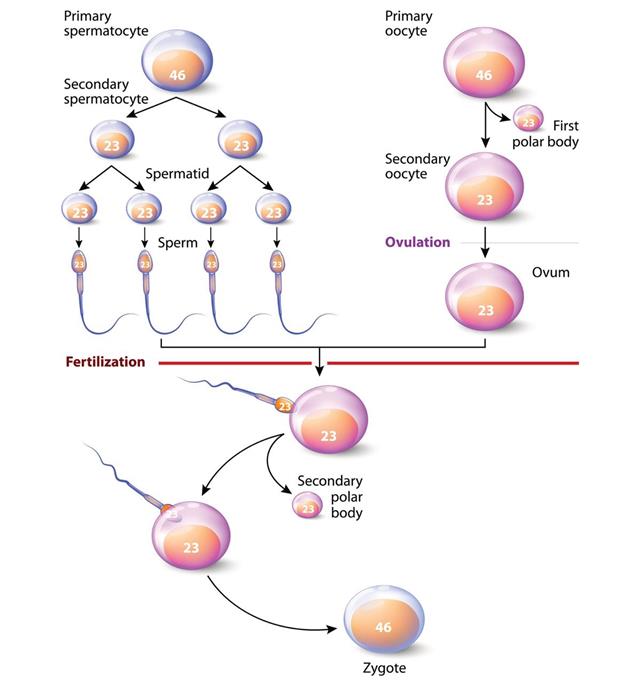 In a biological cell, the number of complete chromosomal sets is called ploidy. The somatic cells of the human body are diploid in humans. However, the sex cells, that is, sperms and egg are haploid. In certain plants, amphibians, reptiles, and insect species, one may see tertaploidy (four set of chromosomes). So what are these diploid and haploid cells? If you are searching for answers to these questions, then the following paragraphs will help answer your queries.

What are Diploid and Haploid Cells?

Difference Between Diploid and Haploid Cells

Definition: These cells contain a complete set (or 2n) of chromosomes.
Cell Division and Growth: Haploid cells from the mother and father, during the process of reproduction fertilize to form a diploid zygote. This zygote undergoes mitosis to produce more diploid cells.
Examples of Organisms: Humans and almost all mammals are diploid organisms.

Definition: Haploid cells contain half the number of chromosomes (or n) in the nucleus. That is they consist of one set of chromosomes unlike the diploid, which contain two sets.
Cell Division and Growth: Haploid cells are formed after the process of meiosis, a type of cell division where the diploid cells divide to form haploid germ cells.
Examples of Organisms: Yeast and fungi are permanently haploid. Other organisms like male bees, wasps, and ants are haploid organisms.

It is important to note that most of the meiotic organisms spend some portion of their life as a haploid cell and then as a diploid.