A membrane protein refers to a protein molecule that is associated with or attached to the membrane of a cell. BiologyWise explains the difference between peripheral and integral membrane proteins. 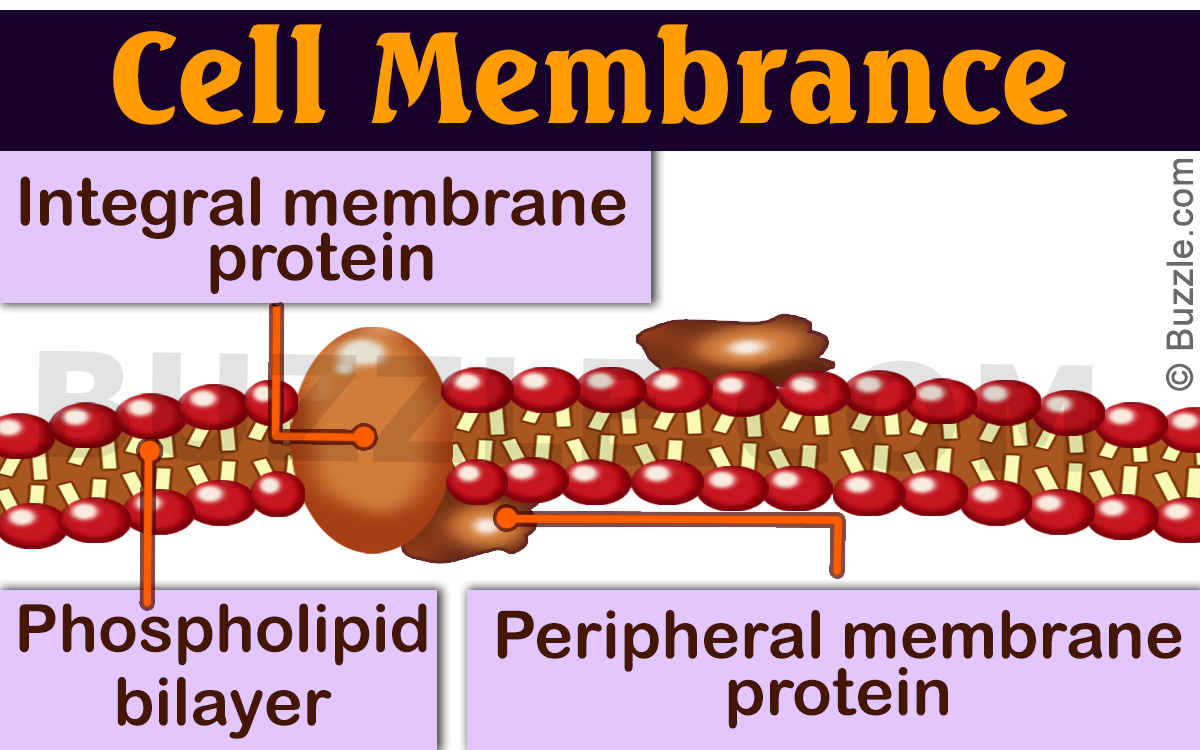 A membrane protein refers to a protein molecule that is associated with or attached to the membrane of a cell. BiologyWise explains the difference between peripheral and integral membrane proteins.

Though membrane proteins constitute about 2% of the molecules of the plasma membrane, they make up about 50% of the membrane’s weight.

The plasma membrane acts as a protective barrier; however, it allows certain molecules to pass through. Basically, the membrane is selectively permeable, and it regulates the passage of substances in and out of the cell.

As per the fluid mosaic model, the plasma membrane comprises a lipid bilayer in which several proteins are embedded. The fluidity of the lipid bilayer facilitates the movement of the proteins within the bilayer. The proteins that are present within the membrane perform several vital functions, ranging from the transport or passage of certain substances across of the double layer of lipids to acting as receptors or catalysts for certain reactions.

It was in the early 1970s that the discovery regarding the structure of the cell membrane, as a combination of cholesterol and phospholipids (lipid bilayer) with embedded proteins was made. In 1972, two scientists named S. J. Singer and G. L. Nicolson, came up with the theory of the Fluid Mosaic Model. Freeze-fracture technique and electron micrographs were used for observing the cell membrane and its structure. The freeze-fracture technique involved freezing the membrane quickly in liquid nitrogen to about -196°C, followed by fracturing it with a cold microtome knife. Thereafter, the double lipid layer split into two monolayers. Then the layers were examined under an electron microscope.

All biological membranes have similar phospholipid bilayer structure, with proteins embedded in it. Lipids that are usually found in biomembranes include phospholipids, glycolipids, and cholesterol. The characteristic feature of phospholipids and glycolipids is that they are composed of a hydrophilic (water-loving) and a hydrophobic (water-fearing) region. In an aqueous solution, phospholipids tend to arrange themselves, with the hydrophilic phosphate heads facing outwards, and the two hydrophobic fatty acid tails facing each other in the middle, thereby forming a bilayer. Thus, the outer surface of the lipid bilayer is hydrophilic, whereas the area within the layers is hydrophobic. The hydrophobic layer obstructs the molecules, with the exception of the minute molecules.

Cholesterol interacts with the phospholipids, thereby changing the fluidity of the membrane. Carbohydrates are present on the exterior surface of cells. These bind to proteins or lipids at the exterior surface to form glycoproteins or glycolipids, respectively. Together, these glycoproteins and glycolipids are referred to as the glycocalyx. Being of a hydrophilic nature, the glycocalyx attracts large amounts of water to the surface of the cell, which in turn facilitates the interaction between the cell and its aqueous environment.

The common functions of the membrane proteins include transport of substances across the membranes (movement of solutes between the aqueous compartments), signal transduction (transmission of external stimulus to the functional proteins located inside the cell), enzymatic activity (acting as catalysts for essential processes), cell-cell recognition, cell adhesion, etc. While proteins that have extracellular (outside the cell) domains are involved with cell-to-cell communications or interactions, the ones that are present within a membrane form channels or pores, thereby allowing the molecules to cross the membrane. Proteins that have domains inside the cell often act as anchors for cytoskeletal proteins. These are associated with intracellular signaling.

Based on their interaction with the membrane, the membrane proteins are broadly categorized into integral and peripheral proteins. However, there are some proteins that bind to membranes through a covalently bound-lipid anchor, which in turn inserts into the bilayer. These are called lipid-anchored proteins. Let’s try to understand the difference between peripheral and integral proteins of the cell membrane. 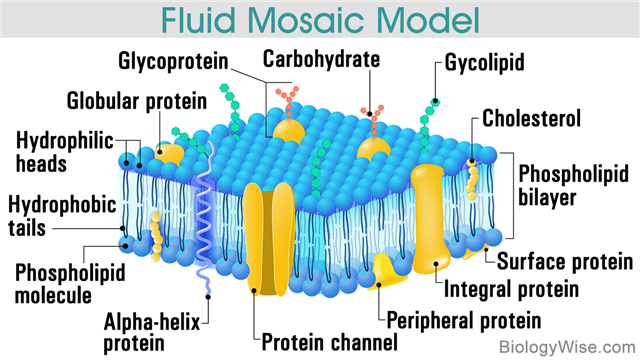 Integral proteins act as channel, carrier, cell recognition, receptor, and enzymatic proteins. Membrane-bounded enzymes, drug and hormone receptors, antigen, and rhodopsin are examples of integral proteins, whereas examples of peripheral proteins include spectrin of erythrocytes, cytochrome C and ATPase of mitochondria and acetylcholinesterase in electroplax membranes.

In order to isolate the integral membrane proteins from the plasma membrane, a detergent or non-polar solvent is required. However, the peripheral proteins can be easily isolated with the help of a polar reagent, such as a solution with an elevated pH or high salt concentrations.

Both integral and peripheral membrane proteins play an important role in vital processes due to their interaction with the biological membranes. With the exception of lipid-soluble molecules, membrane proteins are indispensable for the communication between the cell and its environment.