A Study of the Basic Difference Between Mitosis and Meiosis

Mitosis and meiosis are two types of cell division processes that play the most crucial role in reproduction, and maintenance of the structural and functional integrity of tissues. Let us understand the various aspects that distinguish these two processes from each other.

Mitosis and meiosis are two types of cell division processes that play the most crucial role in reproduction, and maintenance of the structural and functional integrity of tissues. Let us understand the various aspects that distinguish these two processes from each other.

The process of formation of new cells, from the existing ones, can occur through mitosis and meiosis, depending on the cell type and the purpose of division. Given below is a short description of the two processes followed by a detailed account of the differences between them.

Mitosis is an equational division that involves the duplication of genetic material, and an equal distribution of all the contents into two daughter cells. The cell cycle proceeds via interphase, that comprises the stages of growth and DNA duplication, followed by a mitotic (M) phase. The mitotic phase proceeds through prophase, metaphase, anaphase and telophase. Through these phases, the original nucleus dissolves, the replicated chromosomes align at the center of the cell, and then segregate into two new nuclei. Finally, the cell physically divides into two new cells through cytokinesis.

Meiosis is a type of cellular division that results in the formation of four haploid cells from a single diploid cell. During meiosis, the genetic material is replicated only once whereas the nucleus divides twice resulting in ploidy reduction. This is achieved through two successive divisions, meiosis I and meiosis II. The cell cycle events proceed through interphase I, meiosis I, cytokinesis, meiosis II followed by another event of cytokinesis.

Interphase I involves cell growth and chromosome replication. Meiosis I involves the pairing of homologous chromosomes, and their segregation. It is followed by cytokinesis resulting into two haploid daughter cells, but with intact sister chromatids. These sister chromatids separate during meiosis II, which is a division similar to mitosis. (In certain species, meiosis II is preceded by an extremely short resting phase called interphase II.) The resultant daughter cells are haploid, and contain a single set of chromosomes.

At the Molecular Level

Prophase involves the coiling and shortening of chromosomes, disintegration of the nuclear envelope, and movement of centrioles towards opposite ends of the cell. Spindle fibers also begin to form at this stage.

The sister chromatids pair together to form dyads, buthomologous chromosomes do not pair together. The events of synapsis and crossing over do not take place during mitosis.

This phase is characterized by a complete disintegration of the nuclear membrane, and the presence of thick, highly coiled chromosomes. These chromosomes align along the equatorial plate at the center of the cell.

Chromosomal dyads made up of two sister chromatids align at the equatorial plate.

Chromosomal tetrads align at the equatorial plate during metaphase I.

Here, the chromosomes at the equatorial plate are separated and pulled towards the opposite ends of the cell by the spindle apparatus. Spindle fibers also cause the poles to move farther from each other, thus giving the cell an oval shape.

This phase involves the formation of new nuclei around the separated set of chromosomes, disassembly of spindle fibers, and loosening of chromosomes. It is followed by cytokinesis and separation of the two daughter cells.

Two genetically identicaldaughter cells are formed marking the end of mitosis. Genetic variation is not introduced due to the lack of crossing over.

Two haploid cells with duplicate copies of chromosomes are formed after telophase I. Telophase II, leads to the formation of four genetically distinct haploid cells.

Mitotic nondisjunction results in mosaicism, that is characterized by the presence of normal as well as genetically abnormal cells. Nondisjunction during the first mitotic division of a zygote leads to the formation of an abnormal embryo that has trisomy in half the cells, and monosomy in the remaining cells. When nondisjunction occurs during the later stages in embryo development, the resultant embryo has a set of normal as well as aneuploid cells. The monosomic cell lines, resulting due to mitotic nondisjunction, usually die out. Such errors in fully developed individuals may lead to the development of tumors.

Mitosis is a process through which somatic cells divide to form new and exactly similar cells. On the other hand, meiosis is a division that occurs during gametogenesis, and is essential for introducing genetic variation. This provides an evolutionary advantage to the higher organisms. Each of the two processes follow a unique set of events, and play a major role in the survival of an organism. 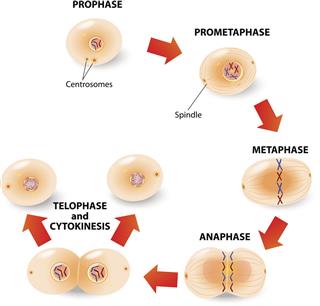 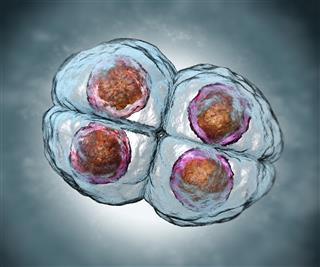 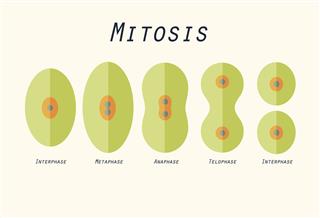 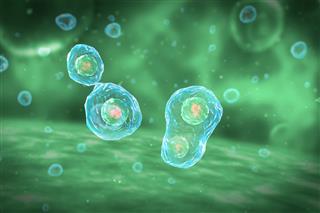 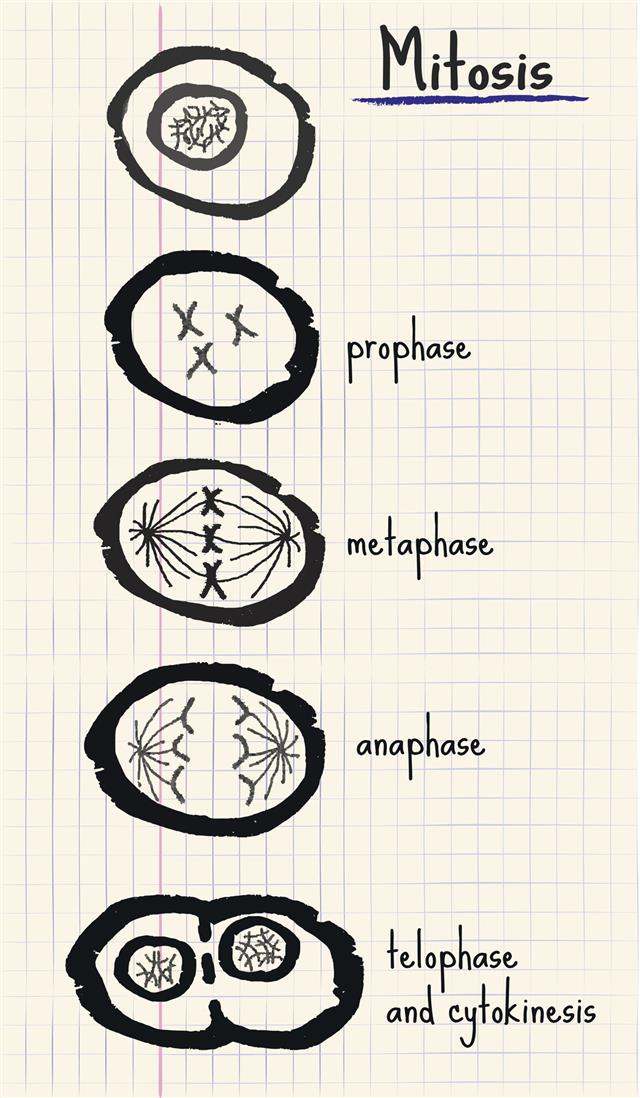