If you are looking for information on the cells of living organisms and how they function, then you should begin with reading about the cytoplasm.

If you are looking for information on the cells of living organisms and how they function, then you should begin with reading about the cytoplasm.

The cell is the smallest unit of life. If you observe a living cell under a microscope, the first thing you’ll see is the nucleus. Located at the center of the cell, the nucleus contains the genetic material or DNA and is termed as the ‘brain’ of the cell. If you look around, you’ll find that the nucleus is surrounded by a colorless gel-like substance. This cellular substance is known as the cytoplasm, which performs many functions and is the site for the occurrence of the different stages of the cell cycle.

Labeled Diagram of an Animal Cell

It is composed of water and other soluble ions. About 80% of the cytoplasm is water. It also contains dissolved carbohydrates, proteins, and fats.

The space between the cell membrane and the nucleus is filled by the cytoplasm which is also referred to as the cell substance.

It is a jelly-like substance which performs a number of functions. It helps in conducting cellular molecules to different sites within the cell, and holds the various cell organelles.

The cytoplasm present within the nucleus is termed as the nucleoplasm.

The nuclear membrane separates the cytoplasm and the nucleoplasm.

Cytoplasm allows movement of substances within the cell by a process termed as cytoplasmic streaming.

The different cell organelles perform a variety of functions. The ribosomes present on the endoplasmic reticulum synthesize proteins, while the Golgi apparatus receives the proteins synthesized by the ribosomes and conducts them to different parts of the cell. The mitochondria is the power house of the cell and generates energy molecules of adenosine triphosphate (ATP) from the food we eat. Centrosomes assist in cell division, vacuoles help maintain the turgor pressure in plant cells, and chloroplasts are the sites of photosynthesis.

Labeled Diagram of an Plant Cell

The cytoplasm is more prominent in case of animal cells than in plant cells. In plant cells, large portions of cellular space are occupied by the vacuoles.

In the absence of cell wall in animal cells, it is the cytoplasm which provides shape and structure to the cells.

The cytoplasm contains essential enzymes and bio-chemicals dissolved in it.

The cytoplasm also contains complex membranous networks termed as microfilaments and microtubules. These are made up of F-actin chains.

The cytoplasm’s characteristics are different in plant and animal cells.

The cytoplasm acts as a platform for the cell organelles to carry out their respective functions. Not only this, all the major events of the cell cycle, including cell division, take place in it.

An organism born with a non-functioning cytoplasm or with one that does not function properly, is unable to survive.

The cytoplasm is the cell organelle that plays a key role in the cloning of cells.

The cytoplasm is a very good conductor of electricity.

The cytoplasm is one of the major components of the cell, essential for its proper functioning. When the cell dies, the cytoplasm starts contracting and shrinks away from the cell membrane. 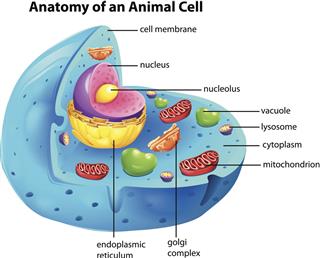 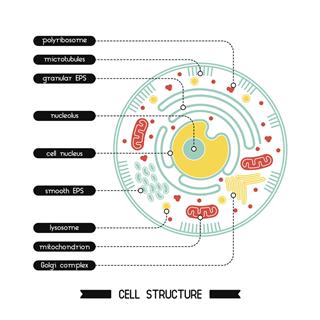