Present in plants and certain algae, chloroplasts are a type of membrane-bound plastids. They harbor light-harvesting pigments including chlorophyll, and serve as the site for photosynthesis as well as some reactions of photorespiration. Read on this article to know more.

Present in plants and certain algae, chloroplasts are a type of membrane-bound plastids. They harbor light-harvesting pigments including chlorophyll, and serve as the site for photosynthesis as well as some reactions of photorespiration. Read on this article to know more. 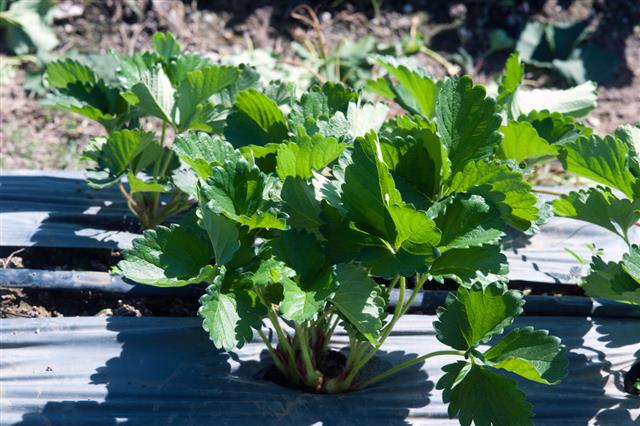 Billions of years ago, a eukaryotic cell engulfed a cyanobacteria, which survived inside the cell, and later on evolved to become the chloroplast.


Plants and certain algae are characterized by the unique ability of photosynthesis, the synthesis of food molecules in the presence of sunlight. This ability is conferred through the presence of specialized organelles called chloroplasts, commonly referred to as the ‘kitchens’ of plant cells.

Chloroplasts are plastids that contain a network of membranes embedded into a liquid matrix, and harbor the photosynthetic pigment called chlorophyll. It is this pigment that imparts a green color to plant parts, and serves to capture light energy. A detailed account of the structure and functions of chloroplasts has been provided below.

Chloroplasts are located in the parenchyma cells of plants as well as in autotrophic algae. They are oval-shaped organelles having a diameter of 2 – 10 µm and a thickness of 1 – 2 µm. Although their dimensions are almost similar in all plants, the algal chloroplasts show a variation in their size as well as shape. The major components of a chloroplast are as illustrated and explained below.

The chloroplast envelope is double-membrane structure comprising an outer and an inner membrane. Each of these membranes is a phospholipid bilayer, and is 6 – 8 nm thick. A 10 – 20 nm thick space present between the two membranes is known as intermembrane space.

The aqueous matrix present inside this double-membrane envelope is called the stroma. The internal components as well as several solutes are dispersed into the stroma. The stroma is especially rich in proteins, and contains several enzymes necessary for vital cellular processes. The chloroplast DNA is also present in the stroma along with ribosomes and other molecules required for protein synthesis. Starch synthesized through photosynthesis is stored in the stroma in the form of granules.

Some of the thylakoids are arranged in the form of discs stacked one above the other. These stacks are termed grana, and are connected to each other through inter grana thylakoids and stroma thylakoids.

Present in the thylakoid membranes, these are the structural and functional units for harnessing solar energy. A photosystem comprises a reaction center surrounded by light-harvesting or antenna complexes that contain chlorophyll, carotenoids, and other photosynthetic pigments, as well as the associated proteins.

Chloroplasts are the sites for photosynthesis, which comprises a set of light-dependent and light-independent reactions to harness solar energy and convert it into chemical energy. In addition to this the components of chloroplast participate in several regulatory functions of the cell as well as in photorespiration.

The envelope of the chloroplasts is semi-permeable, and it regulates the entry and exit of molecules from the chloroplast. The outer and inner membranes have specialized intermembrane proteins for the transport of large molecules in and out of the chloroplasts. In addition, they are the site for synthesis of certain lipid molecules as well pigments like carotenoids that are required for light harvesting.

The light-dependent reactions of photosynthesis occur in the grana and the associated photosystems. This is where photosynthetic pigments like chlorophyll a, chlorophyll b, carotenoids, etc. absorb light energy, which is then used to break down water molecules, and ultimately give rise to ATP, NADPH2 and oxygen.

The stroma of chloroplasts is the site for the dark or light-independent reactions of photosynthesis. The enzymes in the stroma utilize carbon dioxide from the atmosphere, as well as the ATP and NADPH2 molecules released from grana, to synthesize sugar molecules and starch. This process is also known as carbon dioxide fixation, and occurs through a series of reactions collectively called Calvin cycle.

The function of peripheral reticulum of chloroplasts is not yet clearly understood. However, it has been suggested that these units are an adaptation for fast transport of metabolites and proteins from the intermembrane space into the chloroplasts. 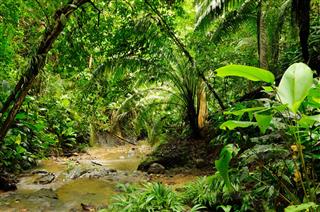 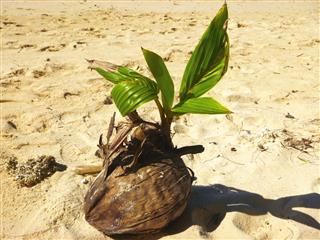 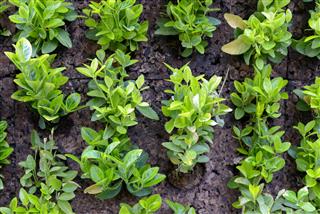 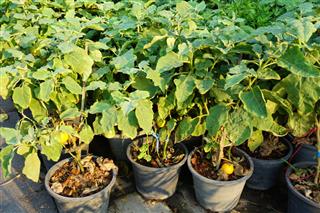 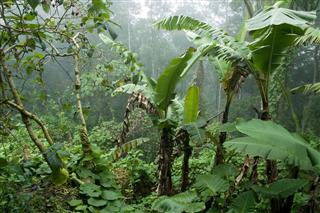 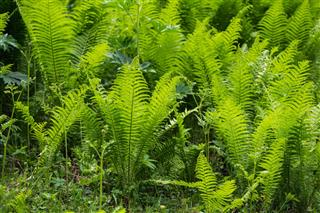