Centrosomes are cell organelles that are exclusive to animal cells and perform a key role in cell division. Learn about the various centrosome functions and how the cell organelle is designed to carry them out... 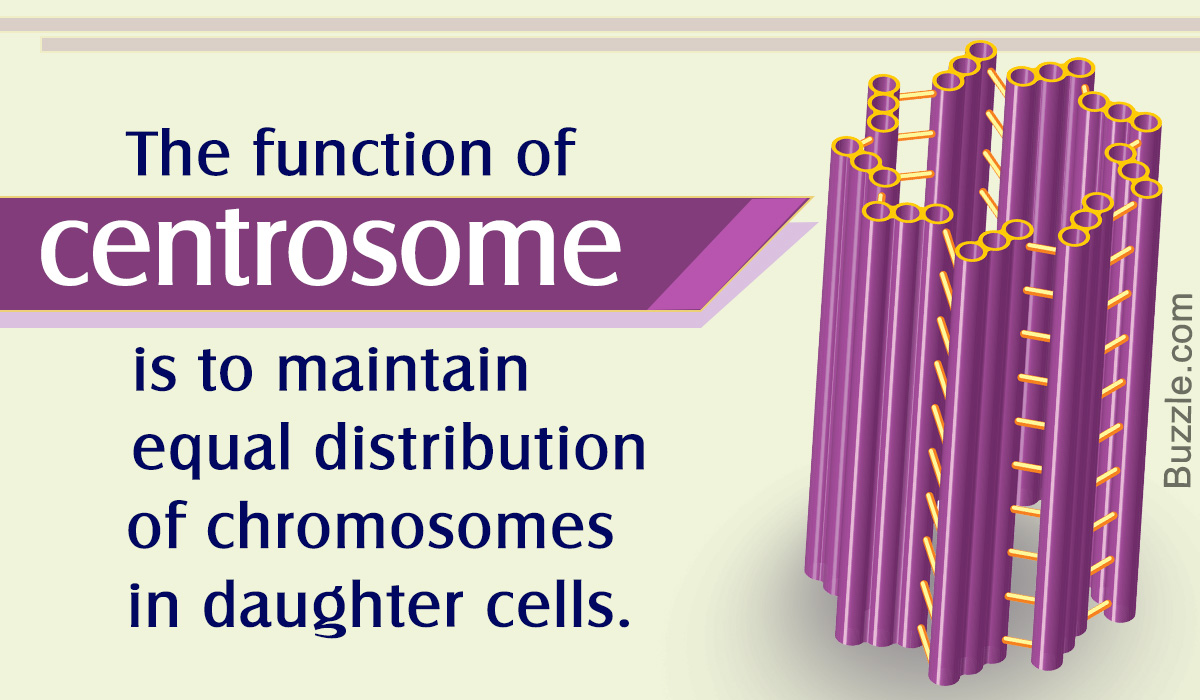 Centrosomes are cell organelles that are exclusive to animal cells and perform a key role in cell division. Learn about the various centrosome functions and how the cell organelle is designed to carry them out…

The centrosome was discovered by a Belgian scientist named Edouard Van Beneden in 1883 and was given the name by Theodor Boveri in 1888. These organelles are essentially a part of animal cells because in a plant cell, their function is performed by other cell organelles. They help in regulating the cell cycle and are an integral part of cell division by mitosis. They are made of centrioles and a surrounding pericentriolar material (PCM). The PCM is made up of proteins like tubulin, pericentrin and ninein. The two centrioles are located orthogonal to each other.

After a brief look at the stages of mitotic cell division, let’s understand in what way centrosomes are essential for successful cell division by mitosis.

Every species is defined by a chromosome number that is constant for the species. For example, the human cell has 23 pairs or 46 chromosomes. During the S-phase of mitotic cell division, each chromosome splits into two sister chromatids. To ensure the continuity of species, it is essential that the chromosome number in each daughter cell is the same as that in the mother cell. The function of centrosome, during cell division, is to maintain the chromosome number. Replication of DNA during cell division is accompanied by the splitting of the centrosome into two, each having one centriole. The two centrosomes attach themselves to the opposite poles of the nucleus. Once the nuclear membrane dissolves, they form spindles, connected to each other by the formation of spindle fibers between them. After the splitting of each chromosome into two sister chromatids, one chromatid from each pair gets associated with the north pole, while the other moves towards the south pole of the nucleus. At the final stage of mitotic cell division, two daughter cells are formed from each mother cell, and each of the centrosomes of the mother cell becomes the nucleus of the daughter cells.

In addition to this, the centrosome performs many other functions, as given below.

The primary function of centrosome and the centriole is to assist during the process of cell division by mitosis. During mitotic cell division, also termed as karyokinesis, the chromosome number is maintained, i.e., the number of chromosomes in each daughter cell (cells formed by cell division) is the same as that of the mother cell (cell that undergoes cell division). Cell division by mitosis takes place in all the cells of the body except the reproductive cells, which are produced by meiosis. While mitosis results in diploid cells, meiosis occurs in two stages leading to the formation of haploid gametes. In order to have a better understanding of the function of centrosomes, let’s have a brief look at the stages of mitosis.

Mitosis occurs in five stages described as under. The structure of the centrosome changes during the different phases of the cell cycle and cell division.

Interphase
This stage is the preparatory stage to mitosis, during which the cell grows in size and stores enough energy to undergo cell division by mitosis. DNA is replicated during the S-phase or synthesis phase. During this stage, the DNA can be seen as loosely coiled threads called chromatin fibers, and the nuclear membrane and nucleolus are visible.

Prophase
This is the stage where the nuclear membrane dissolves and the chromatin threads condense to form chromosomes. The centrosome splits into two centromeres, which start moving towards the opposite ends of the nucleus. Formation of spindle fibers begin.

Metaphase
At this stage, the spindle fibers get attached to the individual chromatids. The chromatids get aligned along a line at the center of the nucleus, termed as the equatorial plate.

Anaphase
In the anaphase stage, the centromeres dissolve and the two chromatids from each pair are pulled towards the individual poles.

Telophase
This is the last stage of mitosis during which the spindle fibers dissolve after the chromatids have reached their respective poles. A new nuclear membrane is generated around each spindle and its respective chromatids.

It has been observed that in the absence of centrosomes, the cell is unable to undergo successful mitosis. Also, the presence of irregular number of centrosomes indicates some abnormality in the cell. For example, cancerous cells have been found with more than one centrosome.