Cell membrane is the outer covering of a cell that protects the internal organelles. Otherwise known as plasma membrane, it carries out various vital functions.

Cell membrane is the outer covering of a cell that protects the internal organelles. Otherwise known as plasma membrane, it carries out various vital functions. 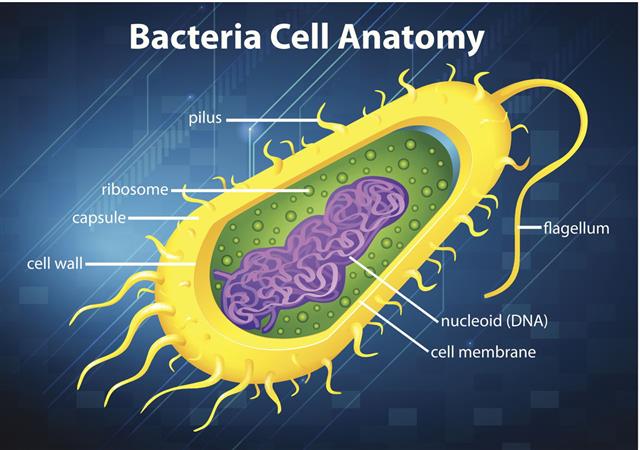 It is a common fact that cells are the fundamental building blocks of life. A cell forms the basic structural and functional unit of any living thing. While some organisms, like bacteria are single-celled, most of the other living things are multicellular. In case of multicellular organisms, there are various types of cells, which are assigned with different tasks. As the functions of different types of cells vary, the individual parts of a cell too have their own tasks. The following illustration shows the plasma membrane (cell membrane) as well as the internal organelles of a cell.

Parts of a Cell

There are two types of cells – eukaryotic and prokaryotic.

Plant cells have a large vacuole and a definite cell wall, animal cells lack cell wall but some may have very small vacuoles. So in case of animal cells, cell membrane is the outermost covering.

Otherwise known as plasma membrane or plasmalemma, the cell membrane is one of the vital parts of a cell that encloses the internal organelles. This membrane separates the interior of a cell from the outside environment.

A cell membrane physically separates the contents of the cell from the outside environment, but in plants, fungi and some bacteria, there is a cell wall that surrounds this membrane. However, the cell wall acts as a solid mechanical support only. The actual function of cell membrane is the same in both cases and it is not much altered by the mere presence of a cell wall.

The cell membrane is made of two layers of phospholipids and each phospholipid molecule has a head and a pair of tails. The head region is hydrophilic (attraction towards water molecules) and the tail ends are hydrophobic (stays away from water molecules). Both layers of phospholipids are arranged in such a manner that the head regions form the outer and inner surface of this membrane and the tail ends come close to the center of the cell membrane.

Membrane proteins can be classified into three main subdivisions – integral, peripheral and lipid-anchored proteins. The integral ones span the entire width of the cell membrane, whereas peripheral ones are found on its inner or outer surfaces. Those in the third category are found anchored to the membrane with the help of lipid molecules.

While some of these protein molecules provide structural support to the membrane, some others are attached to the cytoskeleton that is suspended in the cytoplasm. There are certain proteins that are responsible for transportation of ions and molecules across the cell membrane. Some of these proteins have other functions, like cell to cell communication, identification, enzymatic activities and signaling.

What Does a Cell Membrane Do?

A cell membrane works as an enclosure for the internal organelles and protect them. This function is very vital in animal cells, which lack cell wall. This membrane anchors the cytoskeleton (a cellular ‘skeleton’ made of protein and contained in the cytoplasm) and gives shape to the cell.

The cell membrane is responsible for the transportation of molecules and ions in and out of the cell. The membrane being semipermeable, allows certain molecules to freely move across it. Most of the small hydrophobic (no affinity for water) molecules pass through this membrane freely. Some of the tiny hydrophilic molecules may also succeed. But others have to be carried across the membrane.

Movements of molecules across the membrane may or may not require use of cellular energy. Such movements across the plasma membrane can be divided into three types – passive, active and bulk transport.

There are certain factors that affect the rate of passive or simple diffusion. A faster movement can be noticed, in case of a vast difference in concentration (between the inner and outer sides) or if the temperature is high.

The smaller the molecules, the faster they can cross the membrane. In case of osmosis too, water (solvent) moves through a semipermeable membrane, in case one side of the membrane has a higher solute concentration (solute is substance dissolved in a liquid solvent) than the other. In this case, the movement of solvent molecules is from the less concentrated solution to a more concentrated part. Osmosis is also a form of passive diffusion.

A type of passive transport is facilitated diffusion. In facilitated diffusion, the molecules pass through the channels in certain transport proteins. Even this type of diffusion does not require any energy. However, if the molecules to be carried are too large or the intended movement is against the gradient (from low concentration to high), then energy has to be spent. In such cases, the molecules/ions are identified by certain proteins, before they are transported across the plasma membrane, by another set of proteins which derive energy from ATP and this is called active transport. In this type of transport, the proteins are really selective and specific. These transport proteins have openings on one end, through which the molecules or ions enter and get attached to the functional groups inside the protein. The transport proteins derive energy from ATP and change their shape to release the molecule on the other side of the cell membrane.

In endocytosis, the plasma membrane creates a small depression (pseudopodium), into which the materials to be transported are gathered, to form a vesicle. The vesicle is moved to the inner surface of the cell membrane and is later merged with the Golgi apparatus.

The phagocytosis is transport of solids, pinocytosis refers to movement of liquids that are carried inside vesicles. Receptor-mediated endocytosis is a complex form, wherein receptor proteins in the membrane bind to the materials to be transported. Only specific molecules/ions can be transported through this method.

Cellular transport is one of the vital plasma membrane functions. Apart from providing support to the cytoskeleton and transporting molecules and ions, cell membranes have various other functions too.

This is only a brief overview about cell membrane functions and structure. If the function of a part of a cell is this much complex, think about the other parts and the thousands of cells in an organism. In short, cells are microscopic, but are highly evolved to perform these complex tasks. In case of humans, an average adult has about 100 trillion cells in the body. It is the smooth functioning of these cells that keeps the person healthy.