A Face-off Between Carrier Proteins Vs. Channel Proteins

Home / Uncategorized / A Face-off Between Carrier Proteins Vs. Channel Proteins 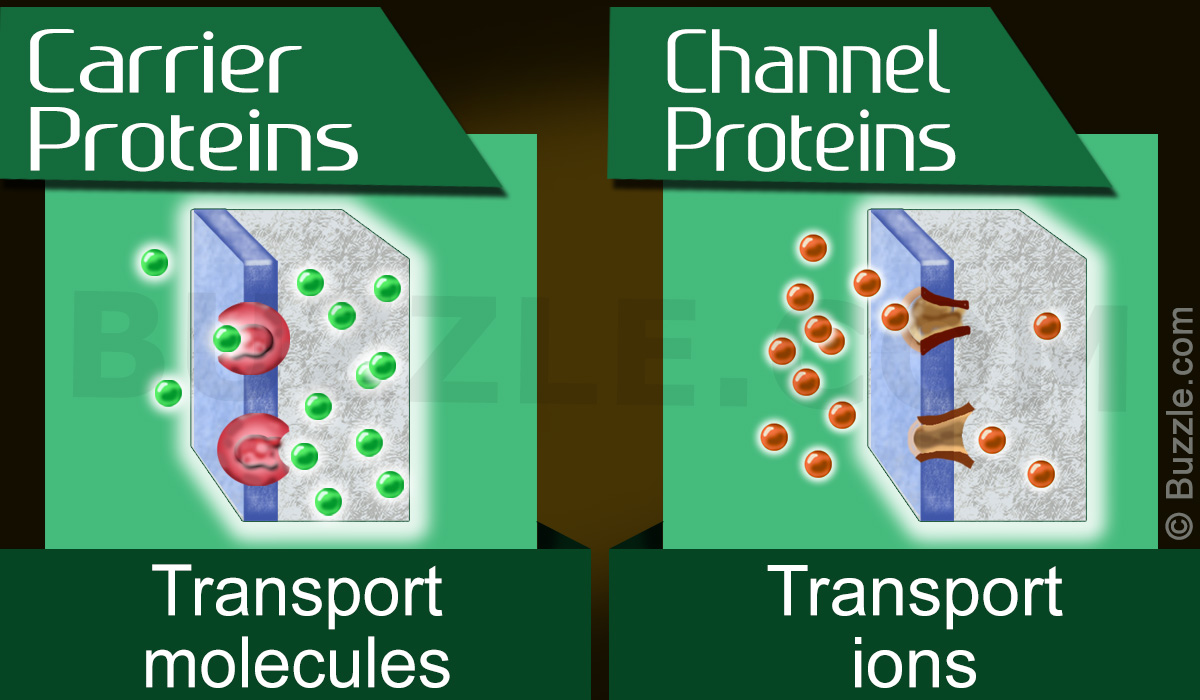 The Na+/K+ pump was discovered by Jens Christian Skou in the nerve cell of crabs in the year 1957 and was awarded the Noble Prize in Chemistry in 1997. 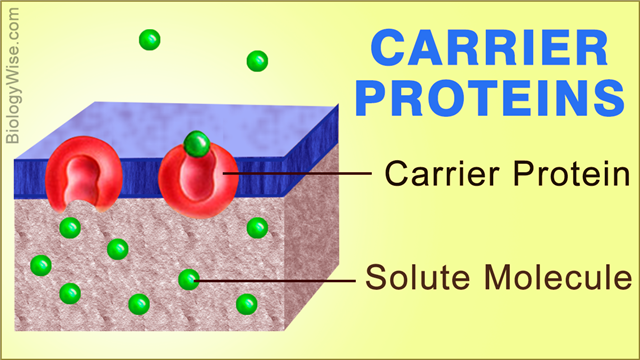 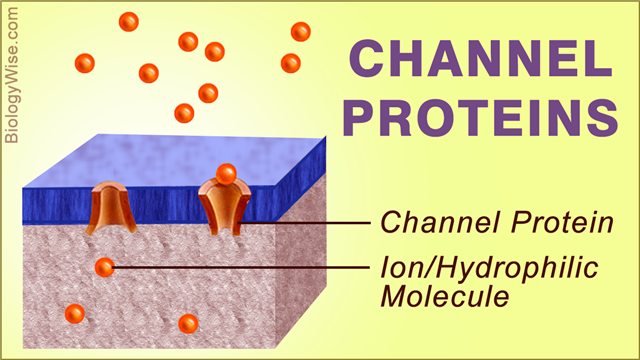 Similarities Between Carrier and Channel Proteins

Differences Between Carrier and Channel Proteins

▶ Carrier proteins transfer solutes across the biological membrane by binding to the solute and alternate between two conformations. Their mechanism is similar to enzyme-substrate reactions following Michaelis-Menten equation (however, they do not change the substrate, i.e., the solute).

▶ Channel proteins interact the least with the solute they transfer.

▶ Carrier proteins transfer both polar and nonpolar solutes across the biological membrane.

▶ Channel proteins transfer only small and polar solutes across the biological membrane.

▶ Specificity of carrier proteins is due to the specific binding sites to which the solute molecules bind.

▶ Specificity of channel proteins is due to an ion selectivity filter.

Ion selectivity filter: In simplest words, it can be defined as the narrowest part of the pore which will only allow the passage of specific molecules with a particular size and charge to pass through.

Rate of Transfer of Solute

▶ The rate of transfer of solute by carrier proteins is about 104 ions per second.

▶ As the proteins do not flip from one conformation to the other, the rate of transfer of solute by channel proteins is much higher, i.e., 108 ions per second.

▶ Carrier proteins usually transport molecules against the concentration gradient; to do so, they require energy. This energy can be supplied to it either by hydrolysis of ATP (known as active transport) or can be coupled with the transfer of another solute molecule (known as facilitated diffusion).

2. SR Ca2+ ATPase: It is present in the Sarcoplasmic Reticulum (abbreviated as SR; specialized Endoplasmic Reticulum present in muscle cells). Two Ca2+ ions are transported from the cytosol into the SR. This step consumes 1 ATP and is required for the contraction of muscles.

1. Symport: Co-transport of molecules or ions in the same direction of the biological membrane.

2. Antiport: Co-transport of molecules or ions in the opposite direction of the biological membrane.

Channel proteins always transport molecules down the concentration gradient by a process of diffusion and, hence, mediate passive transport.

Ion channels are not continuously open and are said to be gated, which open only in response to specific stimulus.

2. Ligand-gated Channels: Nicotinic Acetylcholine Receptor (nAchR) channel is usually found in neuromuscular junctions. When the nAchR channel binds to the neurotransmitter, acetylcholine (ligand), the closed channels open and allow the influx of Na+ ions, thus helping in the contraction of muscles.