The nitrogen cylce is one of the fundamental biogeochemical cycles occurring in nature. It involves the cyclic transformation of atmospheric nitrogen from its inorganic form to the organic form. While a part of this conversion occurs via environmental phenomena, the majority of nitrogen conversion occurs due to the action of nitrifying and denitrifying bacteria. Learn more about these bacteria in this post. 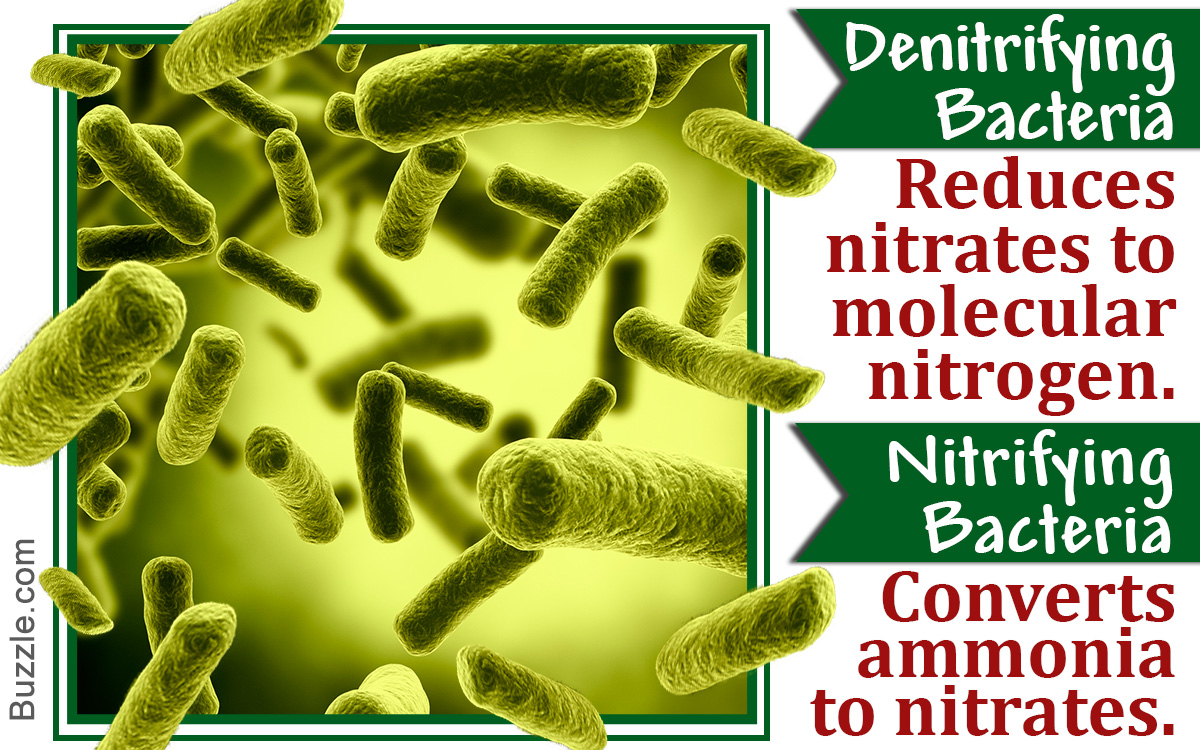 The nitrogen cylce is one of the fundamental biogeochemical cycles occurring in nature. It involves the cyclic transformation of atmospheric nitrogen from its inorganic form to the organic form. While a part of this conversion occurs via environmental phenomena, the majority of nitrogen conversion occurs due to the action of nitrifying and denitrifying bacteria. Learn more about these bacteria in this post.

The process of microbial nitrification was discovered by the Russian microbiologist, Sergei Winogradsky.

Nitrogen is essential to all life-forms, as it occurs in all the basic components of life. This element is required not only in amino acids but in the genetic material of living organisms as well. In order for this element to be incorporated by an organism, it must have access to an inexhaustible and continuous level of nitrogen in the atmosphere. However, the naturally available environmental nitrogen is inorganic, and hence cannot be assimilated and utilized by organisms. This problem is resolved by the presence of nitrogen-fixing organisms that convert the inorganic nitrogen into organic compounds like ammonia. These ammonia compounds are made available in an organic form to plants and animals by nitrifying bacteria, that convert ammonia into organic nitrogen in the form of nitrates.

This organic nitrogen is then taken up by plants and animals, utilized as per their needs, and the excess is eliminated in the form of nitrogenous waste. If this waste is not broken down, it would lead to the build up of nitrates and a steady depletion of the nitrogen source. This situation is prevented due to the presence and action of denitrifying bacteria, that convert the organic nitrate compounds back into its inorganic form, thereby replenishing the nitrogen levels in the atmosphere, and completing the nitrogen cycle.

These bacteria are chemotrophs that consume inorganic nitrogen and metabolize it with the use of enzymes such as ammonia monooxygenase and nitrite oxidoreductase, to produce organic nitrates. They thrive in the temperature range of 25-30° C, and require a neutral to slightly alkaline pH. The process of converting ammonia to nirates is undertaken by two sets of nitrifying bacteria in separate steps. One set converts the ammonia to nitrites and the other set converts these nitrites into nitrates. It has been observed in agricultural practices, that in an area rich with these types of bacteria, a light sprinkling of a dilute ammonia solution raises the fertility of the soil.

Role and Function in Nitrogen Cycle

This occurs with the help of a set of bacteria called the ammonium oxidizing bacteria (AOB). These organisms utilize a few key enzymes such as ammonia monooxygenase (AMO) and hydroxylamine oxidoreductase (HAO) to bring about the conversion. Initially, a transmembrane copper protein acts as a catalyst to bring about the oxidization of ammonia to hydroxylamine via the action of AMO, utilizing two electrons from the quinone pool.

Next, the HAO acts on the hydroxylamine and produces nitrite along with four electrons. Two of these electrons replenish the quinone pool and the other two are used to produce a proton motive force across the membrane, to give out the nitrites.

The nitrites are converted to nitrates by the action of nitrite oxidizing bacteria (NOB). They utilize an enzyme called nitrite oxidoreductase (NXR), which is an iron-sulfur molybdoprotein associated with the electron transport chain. The exact mechanism of this step is yet to be fully deciphered, but scientists believe that this membrane bound protein acts on the nitrites externally to bring about its conversion to nitrates, and the reaction occurs as follows:

These bacteria are facultative aerobes and carry out denitrification under anaerobic conditions. They require similar conditions as that of nitrifying bacteria in term of temperature and pH. They metabolize the nitrogenous compounds in the soil to produce molecular nitrogen, with the help of an enzyme called nitrate reductase. In case of their overabundance in an area, they cause a depletion of soil fertility.

Role and Function in Nitrogen Cycle

These bacteria utilize the nitrate as a source of oxygen as an electron acceptor. To liberate and use this oxygen, the nitrates are reduced by the action of nitrate reductase. This enzyme, with the help of hydrogen atoms, dehydrates and reduces the nitrate molecules to produce gaseous nitrogen. The reaction is as follows:

The combined action of both these types of bacteria help keep the nitrogen cycle in balance. But the recent advances in agricultural practices have caused a shift in the balance of this biogeochemical cycle. The excessive use of fertilizers and increased cultivation of legumes has caused an overabundance of nitrates in the soil, and when these leach into adjacent water bodies, they give rise to a high incidence of algal proliferation. This phenomenon is called eutrophication, and adversely affects marine and freshwater organisms, as the abundant algal growth reduces the levels of dissolved oxygen in the water, giving rise to a shortage of oxygen for the use of other organisms.