Animal cell functions are solely dependent on the organelles and structures associated with the cell. The parts of an animal cell have distinct functions. Read on to know more...

Animal cell functions are solely dependent on the organelles and structures associated with the cell. The parts of an animal cell have distinct functions. Read on to know more… 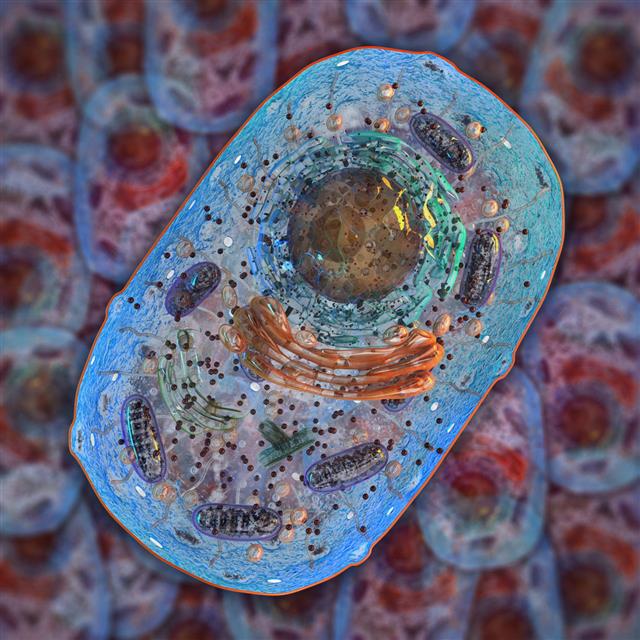 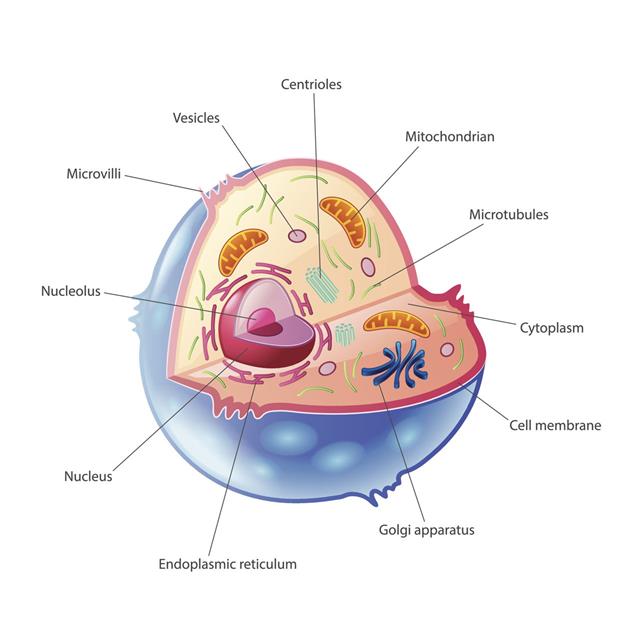 An animal cell is the smallest unit that makes up the varied tissues of animal species. There are hundreds of cell types in a developed organism, which are specific to their location and function. The red blood cells make up the blood, while the nerve cells make up the nervous system tissues. Likewise, there are more than 200 types of cells in an adult human. The general animal cell functions are attributed to the specific role of the various parts. So, before we delve more on the topic of our discussion, let’s try to first understand the animal cell structure.

Animal cell functions and organelles are linked to each other. In fact, the collective work of the animal cell parts is responsible for overall functioning of the cell. Let’s take an example of ribosome organelle, which does the main function of protein production. Likewise, mitochondria are centers for releasing energy. And, it is because of the lack of cell wall that makes animal cell a more diverse type. Some cell functions with respect to its specific parts are explained below.

As you refer to the animal cell model, you will notice that this cell is lined by a double-layered cell membrane. This membrane not only separates the inner cell content from outside, but also allows transportation of substances between the cell and surrounding.

An animal cell is basically divided into two parts, nucleus and cytoplasm. The latter is the space that occupies maximum part of the cell and where the cell organelles are present. Filled with a material that is similar to the consistency of jelly, the cytoplasm’s function in a cell is to support the internal parts.

The cell nucleus is the control center for all types of animal cells. It houses the genetic material or more precisely, the chromosomes. The nucleolus is located at the near center of the nucleus and is crucial for protein synthesis in animals.

As the name signifies, ribosomes are made up of ribonucleic acid (RNA) and protein. They are present freely in the cytoplasm, or attached to the endoplasmic reticulum. As far as importance of ribosomes in cell functions is concerned, they are crucial for making proteins.

The endoplasmic reticulum (abbreviated as ER) is crucial for synthesis, metabolism and transportation of compounds. It resembles a closed network with sac-like structures. There are rough ER (RER) and smooth ER (SER), with the former bearing ribosomes and helping in protein synthesis.

The mitochondria (singular form, mitochondrion) are found in the cytoplasm. They are the powerhouse of the animal cell, performing the major function of converting nutrients and oxygen directly into energy sources.

Known by different names (golgi bodies and golgi complex), it is an organelle that has a sac-like structure. The golgi apparatus’ function is to pack cellular substances, which are then transported out of the cell with the help of vacuoles.

The lysosomes are sometimes called vesicles, and are nearly circular in shape. Containing digestive enzymes, you can predict lysosomes’ function. Lysosomes contribute by helping in digesting wastes and throwing them out of the cell.

The centrioles are present only in an animal cell. Comprising bundles of microtubules (nine in number), there are two centrioles located near the nucleus. They are cylindrical organelles, which play a role in orientation of cells during mitotic cell division.

These are present in unicellular animals and plants. In single-celled eukaryotes, the functions of cilia and flagella are attributed to locomotion of the organism from one place to another. Structurally, they are hair-like and present in the cell membrane. 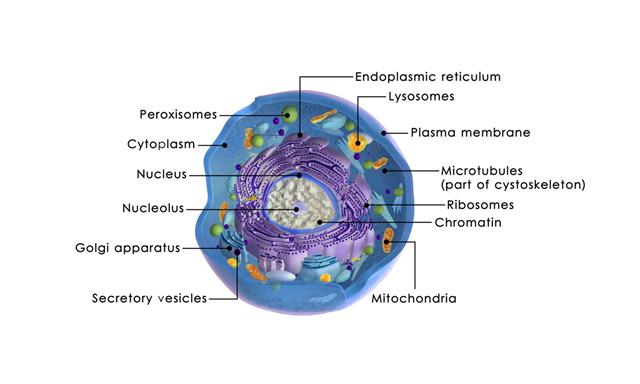 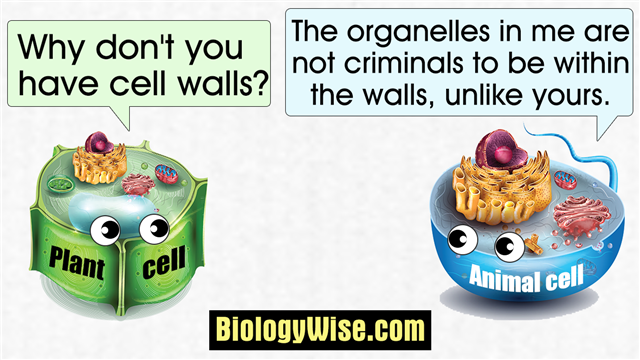